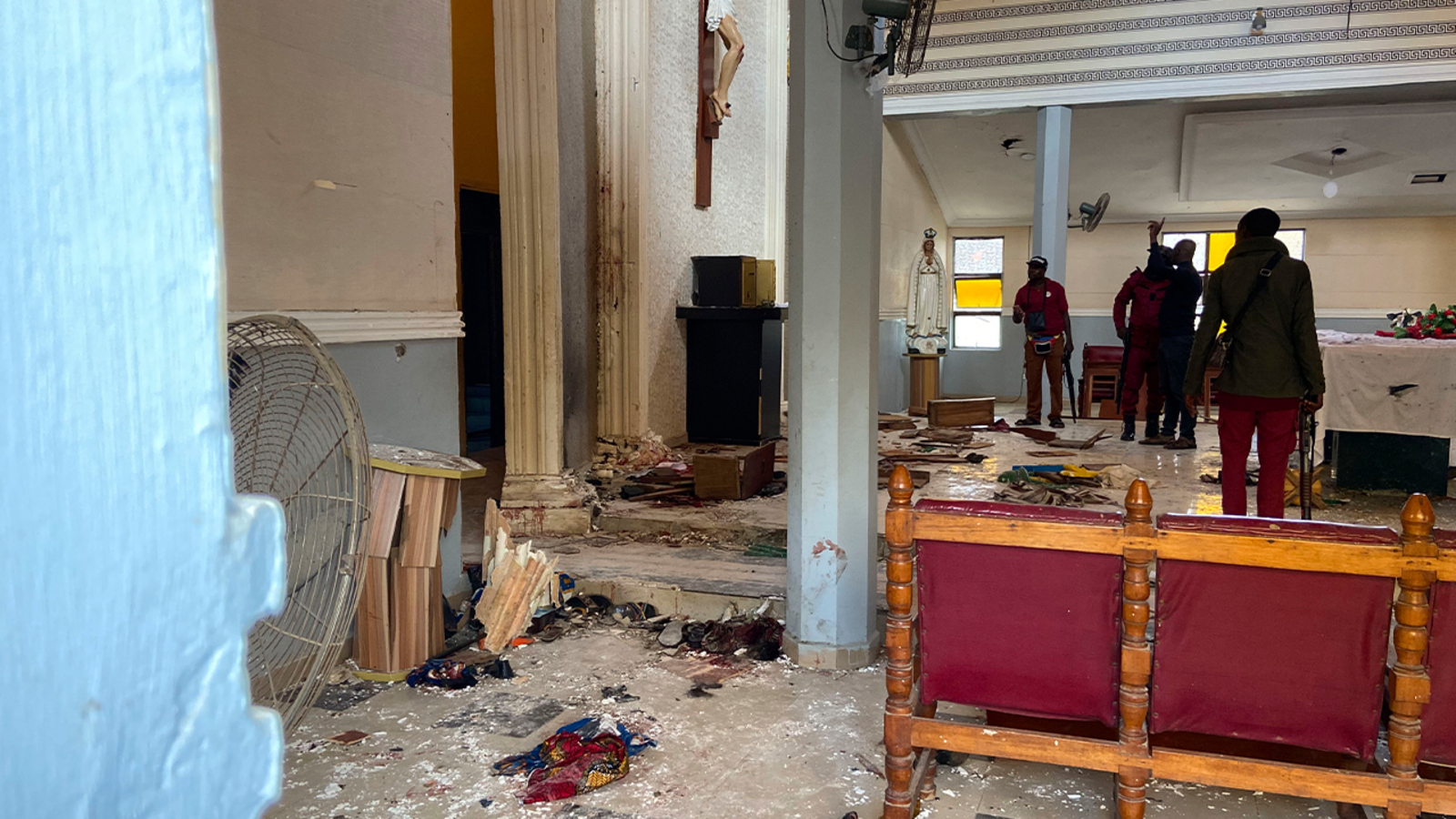 ABUJA, Nigeria — As attackers opened fire on worshippers inside a Catholic church in southwestern Nigeria, other gunmen waited outside to kill those who tried to flee, church officials and witnesses said Monday.

At least 50 people including children were killed in the attack, according to a state lawmaker from the area.

Steven Omotayo, who lives near the church, rushed to the scene upon hearing the gunshots.

“I saw a lot of dead bodies – both young and old, even children,” he said. “The people came in and started shooting from the gate.”

He said the church has three entrances and the main entrance was said to have been locked, making it difficult for many to escape.

“They were just shooting. If they see anyone trying to escape or stand up, they will just shoot the person,” he said. “Everybody standing was bombarded with bullets.”

It was not immediately known who was behind the church massacre and authorities said the gunmen managed to flee the scene. While northern Nigeria has battled an Islamic insurgency for more than 13 years, Ondo state has long been considered one of the most peaceful states in the country.

Hospital workers struggled to treat scores of wounded following the attack. The Nigeria Medical Association in Ondo state directed all available doctors to head to the hospitals to offer any help to dozens of critically wounded.

“At a stage, even the blood got exhausted at our blood bank and we had to be pleading for blood,” said a doctor at the Federal Medical Center in Owo who spoke on condition of anonymity because they were not authorized to speak to journalists.

“Even as a physician, I have attended to a good number of casualties but what I saw yesterday was far beyond whatever I have seen before in my life and in the practice.”