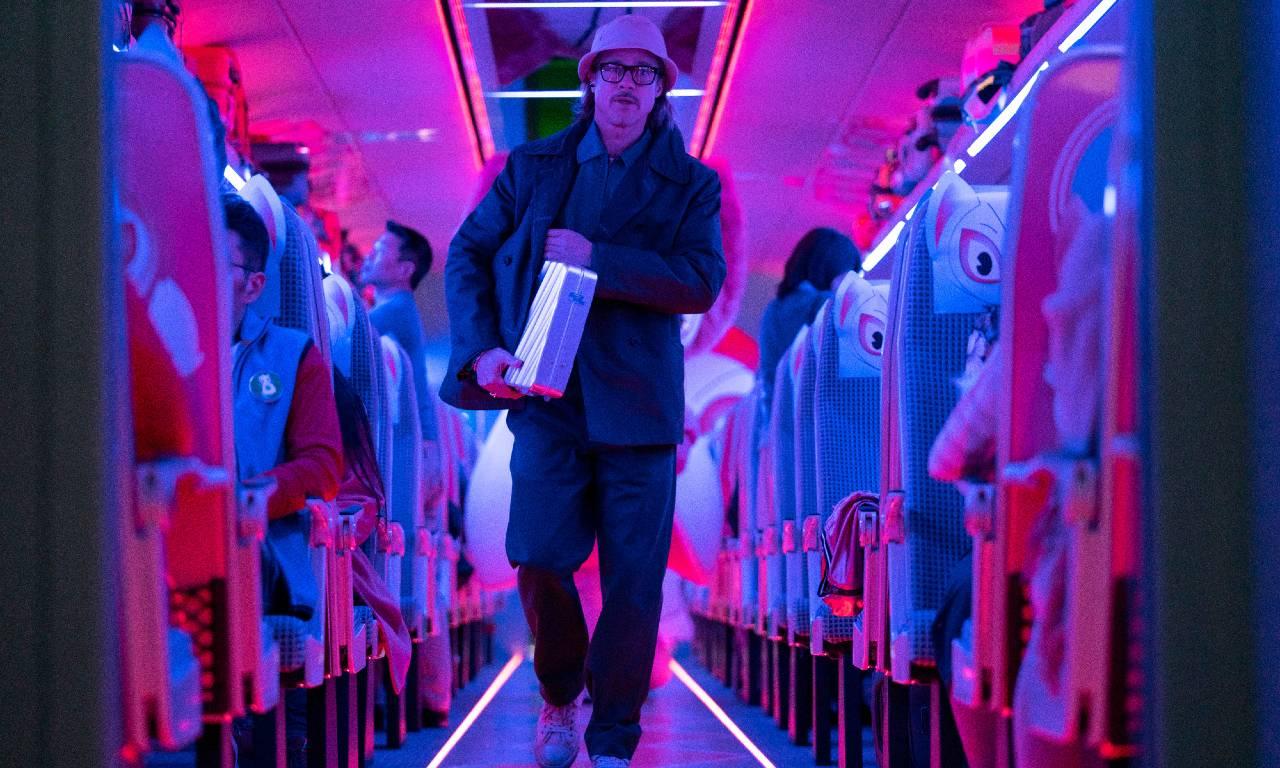 While ‘Scott Pilgrim vs. The World’ had romantic links to its core, this Brad Pitt action/adventure is all about one man and his love need for this very important suitcase.

Brad Pitt stars as Ladybug, a trained killer desperate to get away from his action-filled life. This new ‘Bullet Train’ trailer gives us a better look at the trained killer’s last mission, as a long line of adversaries crosses his path during his cross-country adventure through Japan.

Two hours and 40 minutes is how long it takes to go from Toyko to Kyoto on the Japanese high-speed railway, and in that time Ladybug has around nine or people (including someone dressed up in a made-up Japanese character costume) to keep this blasted suitcase away from.

Rounding out the cast of this off-the-wall action-adventure are Aaron Taylor-Johnson and Brian Tyree Henry as Tangerine and Lemon; Andrew Koji as an assassin named Yuichi Kimura; Hiroyuki Sanada as The Elder; Michael Shannon as Jay Wang; Benito A Martínez Ocasio (Bad Bunny) as Wolf; Zazie Beetz as Hornet; Logan Lerman as Tangerine and Lemon’s colleague; and Joey King from ‘The Kissing Booth’ series.

Here’s the new action-packed trailer for ‘Bullet Train’, which looks like it could be one of the big cinematic hits of the year.

In ‘Bullet Train’, Brad Pitt stars as Ladybug, an unlucky assassin determined to do his job peacefully after one too many gigs gone off the rails. Fate, however, may have other plans, as Ladybug’s latest mission puts him on a collision course with lethal adversaries from around the globe – all with connected, yet conflicting, objectives – on the world’s fastest train…and he’s got to figure out how to get off. From the director of ‘Deadpool 2’, David Leitch, the end of the line is only the beginning in a wild, non-stop thrill ride through modern-day Japan.