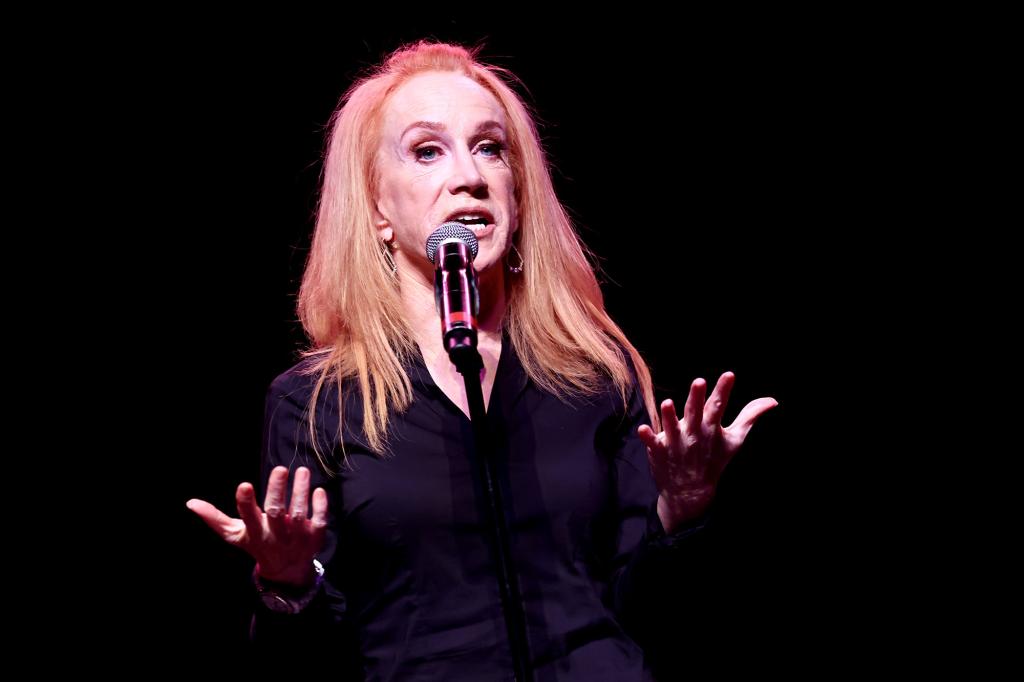 The comedian, 61, appeared on “Jimmy Kimmel Live!” on Tuesday evening where she got candid about her struggles after surviving the illness.

She noted how her voice may never change back to its original pitch after her sickness, but she’s working through it.

“So last time I was here — just really quickly — I had lung cancer, they took out half my left lung, and so my voice got some damage,” Griffin said. “I am fine, it doesn’t hurt, and the important thing is my boobs are still fabulous.”

The comedian said: “I think it’ll get back to normal but I’m not sure. I’m still working on it.”

Kimmel, 54, then joked that Griffin actually could sound funnier with a voice change.

“I am funnier, because I think I sound non-threatening and demure. That’s my new angle,” she replied.

“Thank God you’re a comedian and not a police officer,” the late show host pointed out.

The “My Life on the D-List” star announced to fans in August 2021 that she has been diagnosed with lung cancer. She underwent surgery days after to remove part of her lung.

The former “Fashion Police” co-host revealed she previously suffered from a pill addiction and told her fans how she hopes to get through her deal without the use of drugs.

“To be honest, this cancer surgery was a little more than I had anticipated. Tonight will be my first night without any narcotic painkillers. Hello Tylenol, my new best friend!” she wrote on Instagram at the time. “The last time I was in a hospital was in June 2020 when I tried to take my own life and overdosed on prescription pills.”

She continued: “With over a year clean and drug-free, I now know I can do this and anything I want without those devil pills. Y’know what? I fear drugs and addiction more than I fear cancer. So, I think I’ll be ok.”

Griffin later stopped by Kimmel’s talk show in November 2021 where she divulged that she was cancer-free.

“I’m cancer-free,” Griffin stated at the time. “I don’t know why, I had a tumor, right? And I’ve never smoked, and it was in there for 10 years. So get this, they took it out and found it in another scan.”

As for her voice, she added: “It will heal, but I’m sort of enjoying it. I’m a good two octaves higher, I think … it’s higher than Mariah Carey.”