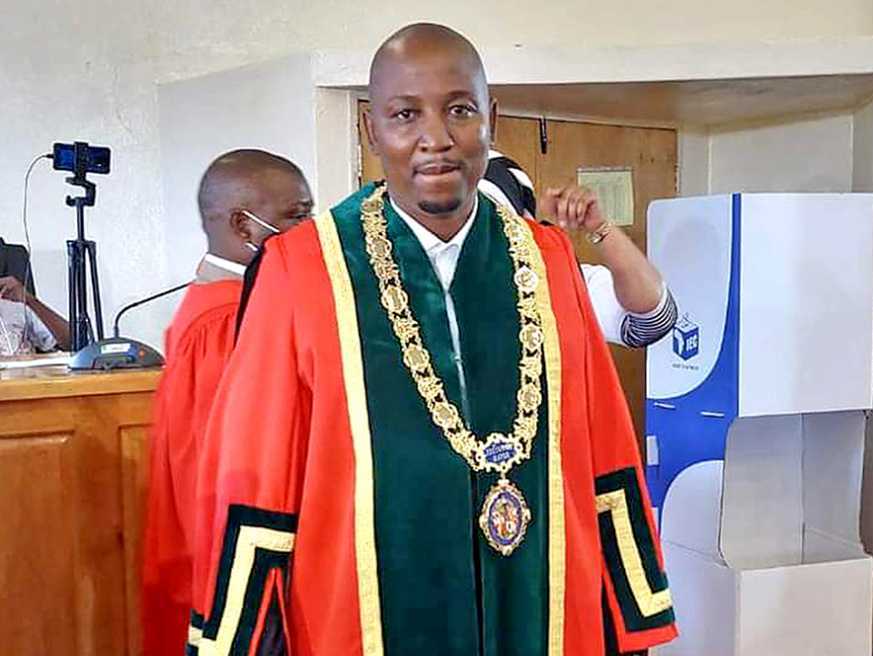 The 30-year-old Simelane, who was an independent candidate, also put on ice the municipality’s chief financial officer Bheki Maseko.

In the suspension letter seen by Sunday World, Simelane informs Kunene that his suspension is due to his failure to comply with the directives.

“I requested you to provide the status quo report of the municipality in order for me as an executive mayor to perform my duties. At about 15h00 on the 24th of November 2021, you provided me with documents, which could not assist me to perform my duties,” the letter reads in part.

Kunene’s suspension took effect from the end of last month.

One of the pieces of information Simelane asked Kunene to furnish him with included the municipal manager’s total remuneration package and salary levels of all employees and names of staff in various departments.

He also instructed Kunene to provide him with a list of municipal vehicles, mileage, budget per vehicle and a total fuel consumption a month of each car.

He also demanded to be provided with the contract of the service provider contracted to supply fuel, as well as the vehicle maintenance contractor, including the list of all signed contracts for tenders, the total amount of money for tendered contracts and the names of service providers and the total amount paid to the contractors by the municipality to date.

Simelane also asked for information on contracts that had expired but continued to receive money from the municipality.

“Furnish me with the copies of the actual bank statements from 2016 to 2021 for different bank accounts of the council,” the letter from Simelane reads.

Simelane also demanded tender documents and information on when the tender to build the new Three Fountains Mall in Driefontein was advertised, and he also instructed Kunene to give him a lease agreement signed by businesses operating in the mall.

Kunene said that his immediate suspension was illegal. He plans to take the matter up with his lawyers.

“This suspension shocked me as I have been giving the mayor those documents he demanded. I was doing all it takes to give him those documents, and he chose to suspend me. The matter of suspension was supposed to be taken to the council as he had no authority to act alone.

“The mayor is not running that municipality, but he is taking instructions from the former MEC, Andries Gamede. I know that he is a proxy of Gamede and he was instructed to deal with me,” said Kunene.

Gamede, the founder of the Independent Community Movement Association, a civic organisation that fielded independent candidates in the elections last month, said he had nothing to do with the affairs of Mkhondo.

Simelane took power from the ANC as an independent candidate by defeating the former mayor, Vusi Motha.