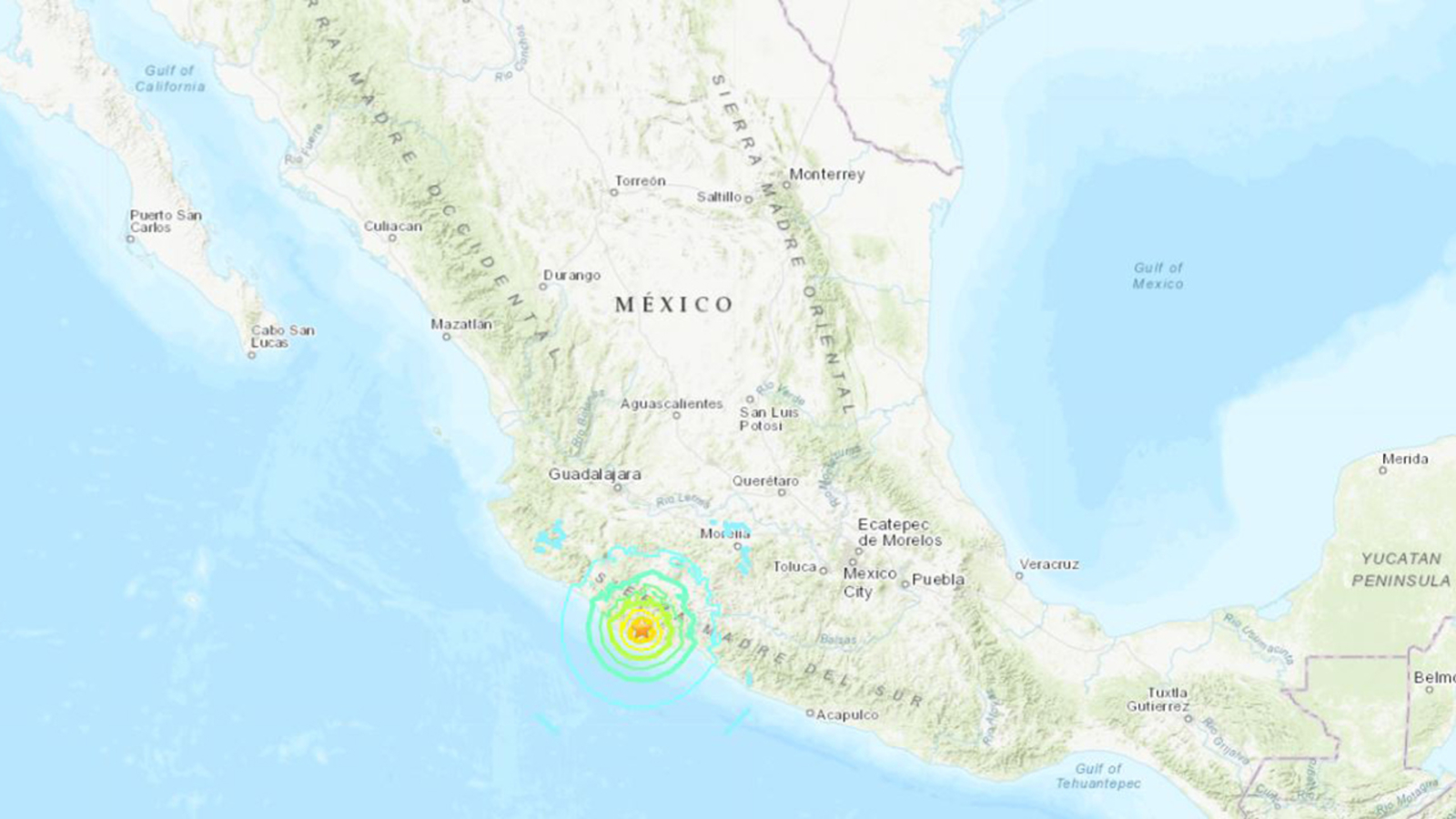 Note: The video in media player above is from a previous report on Mexico’s 7.6-magnitude earthquake that struck Monday.

The U.S. Geological Survey said Thursday’s earthquake, like Monday’s, was centered in the western state of Michoacan near the Pacific coast. The epicenter was about 29 miles south-southwest of Aguililla, Michoacan, at a depth of about 15 miles.

USGS initially estimated Thursday’s quake to be 7.0 in magnitude, but later downgraded it to 6.8.

DEVELOPING: We will add more details to this report as they become available.