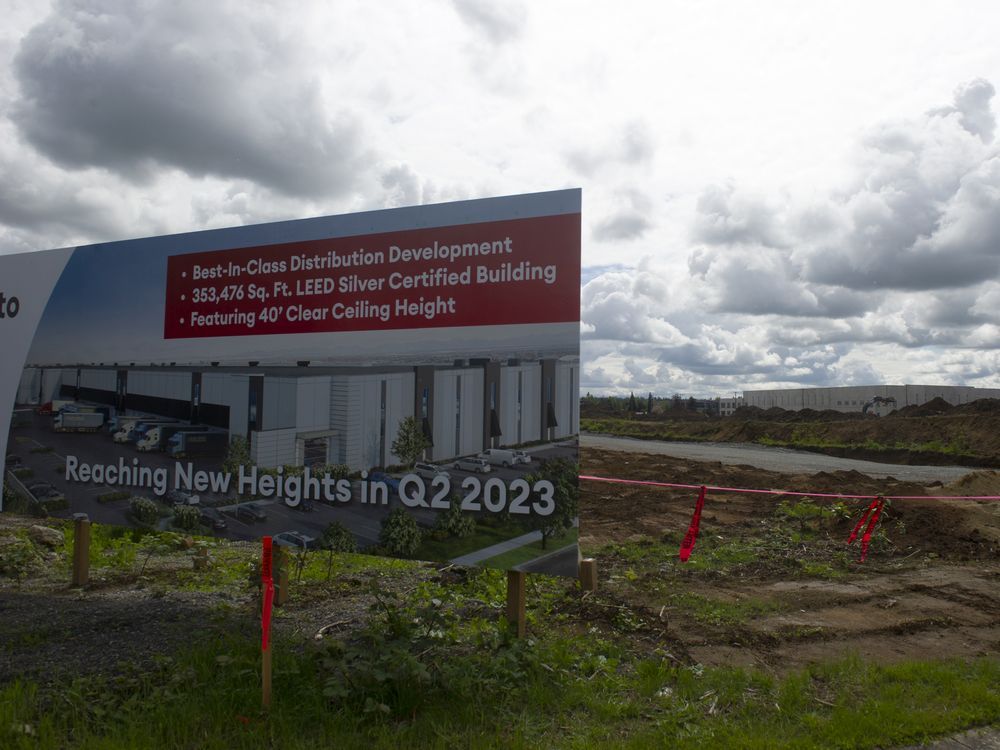 The vacancy rate for industrial land in Metro Vancouver has been shrinking since the pandemic began, and the scarcity in the market is now one of the most challenging in the country.

Small- and medium-sized businesses will have to plan accordingly to prevent being pushed out of the market, which will chase cheaper rents even further away.

“They are having to change their habits,” said Garth White, an executive with Avison Young in Vancouver.

Instead of shopping for spaces a few months or half a year before leases expire, businesses are being advised to look out two years in advance. Many more of them are pre-leasing or purchasing pre-sales to secure industrial space that is closer to the port, as well as to employees and customers, said White.

“You are seeing a lot of groups purchase their own facilities to control their cost structure so they are not at the whims of the leasing market and their landlord.”

Several developers have been selling stacked or vertical industrial spaces, which gives business owners a way to assign a fixed real estate cost to their plans.

“We’ve got 600-sq.-ft. units, and we’re finding some businesses are buying five or six of these units,” said Brennan Finley, the senior development manager at Wesbild, which is selling units in a six-storey, mixed-use industrial development in South Vancouver called Marine Landing. “They might use a few and lease out the other two, and eventually, as their business grows, they take that space back. That has probably been the number-one trend.”

Rising interest rates have tempered interest from the 30 per cent of the buyers who were investors, but the market is still 70 per cent comprised of businesses wanting to buy and use these spaces themselves, either immediately or later, said Finley.

Over the first quarter of 2022, sales and leasing volume exceeded the $500-million mark, according to Avison Young. Active interest has primarily come from large consumer goods distribution companies such as Wayfair and Amazon.

This happened as the vacancy rate for the Metro Vancouver industrial market stayed at a very low 0.5 per cent from the last quarter of 2021 through to the first of 2022. To compare, the most current vacancy rates tracked by Avison Young for Toronto is higher at 0.9 per cent. In Montreal, it is 1.3 per cent. In Calgary, it is 3.3 per cent, and in Edmonton, it is 4.7 per cent.

Most analysts in the industry point to severe land constraints in Metro Vancouver. White said that even though vertical industrial developments will give some businesses an option, it remains one of the more challenging kinds of property to easily densify in a significant enough way to have impact on the overall tightness of the market.

“There are no easy answers,” said Jason Kiselbach, managing director at commercial real estate firm CBRE. “It definitely puts in a limiting factor on opportunities for growth and expansion and things like that. What we’re hearing is businesses are kind of just taking what they can get.”