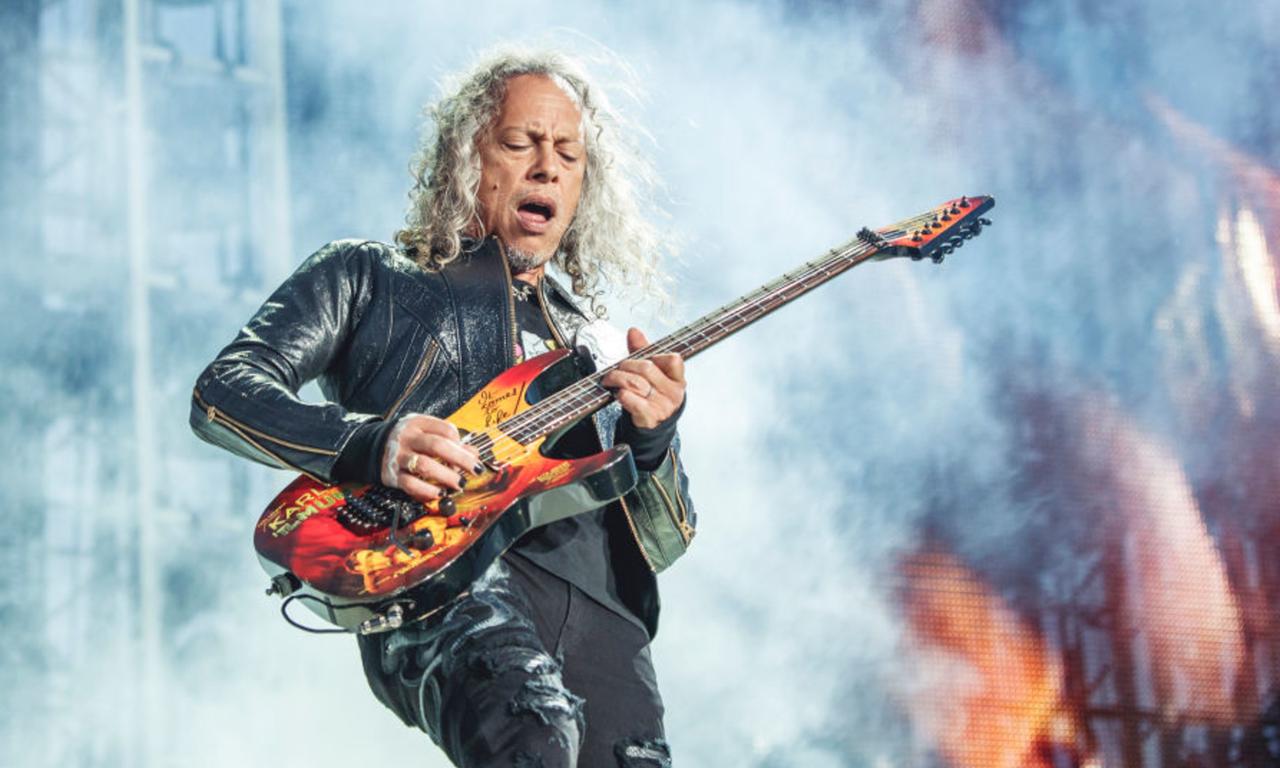 In the history of rock music, Metallica’s crusade against Napster will have to go down as one of its barmier moments.

Over 20 years later, Metallica guitarist Kirk Hammett, who has recently released his first solo EP ‘Portals’, says the band were vindicated by history.

“We warned everyone that this was gonna happen,” Hammett told Classic Rock.

“We warned everyone that the music industry was gonna lose 80 percent of its net worth, power and influence,” the Metallica axeman said.

“When these monumental shifts come you just either f**king rattle the cage and get nothing done or you move forward.”

The Metallica guitarist was pointing to bands’ declining profit streams in the wake of the music industry ditching CD sales for streaming services.

“There’s definitely a new way for getting music out there, but it isn’t as effective as the music industry pre-Napster,” Hammett said.

“But we’re stuck with it. There needs to be some sort of midway point where the two come together, or another completely new model comes in.”

The band infamously launched a lawsuit against the file-sharing service Napster, and won the case.

Napster were forced to remove songs by Metallica from the service, and music journalists point to the decline of Napster as paving the way for streaming services like Spotify.

Despite the likes of Spotify, Tidal and Apple Music becoming incredibly popular, the payout rate for artists on these streaming services are still paltry compared to the likes of Metallica.

According to Business Insider, the Spotify paid artists between $0.003 and $0.005 per stream in 2021, which equates to 250 streams to make a dollar, while similar research carried out by The Wall Street Journal reported that Apple Music, the main competitor of Spotify, doled out $0.01 per stream the same year.

Users of Tidal’s highest-paid subscription tier sets aside 10% of the €20 monthly fee and gives that €2 directly to the user’s most-streamed artists in a bid to level the playing field.

The fallout from the Napster saga is documented in the 2004 documentary ‘Some Kind Of Monster’, which depicts the band at its lowest point during the recording of their infamous ‘St Anger’ album.

Despite the industry upheaval from a financial aspect, Hammett said that the Covid-19 pandemic may be incredibly influential for the future of rock music.

“Because of Covid-19 there’s upwards of half a billion new guitar players in the world – that bodes very well for the future of music.”

“It was inspirational for me just knowing there’s gonna be that many more musicians in the world trying to make great music.”

The San Francisco metal giants are still touring to promote their 2016 album ‘Hardwired… To Self-Destruct’ which included a stop at Ireland’s own Slane Castle in 2019.

Hammett himself had a cameo as himself in the recent Netflix comedy ‘Metal Lords’.

The ‘Enter Sandman’ and ‘Nothing Else Matters’ rockers played to over 70,000 Irish fans that night, and more recently, a baby was born at one of their concerts in Brazil.