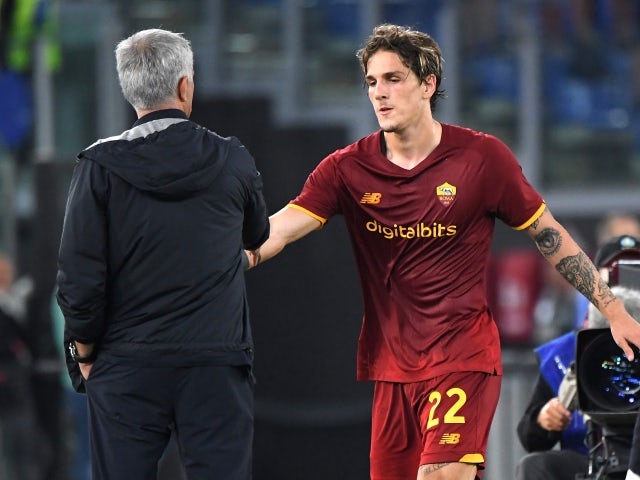 Manchester United reportedly prepare to rival the likes of Juventus and Liverpool for the signature of Roma attacker Nicolo Zaniolo.

Manchester United are among the clubs keeping a close eye on Nicolo Zaniolo‘s Roma future, according to a report.

The 22-year-old’s early career has been blighted by injuries, but he has still caught the eye under Jose Mourinho this season with four goals and five assists in 28 matches across all competitions.

Zaniolo’s deal with the Serie A side is set to expire in the summer of 2024, though, and his agent has confirmed that the two parties are yet to enter negotiations over a new deal.

Liverpool, Juventus and Tottenham Hotspur are all thought to be in the running for Zaniolo’s signature, and asromalive.it now reports that Man United are keeping tabs on his future.

The report adds that the Italy international would command a figure of at least €40m (£33.3m) to leave Roma this summer, with I Giallorossi forking out just over £4m to sign him from Inter Milan in 2018.

Zaniolo has registered 18 goals and 11 assists in 97 appearances for Roma in total but has already missed 81 games for the club through injury or illness.