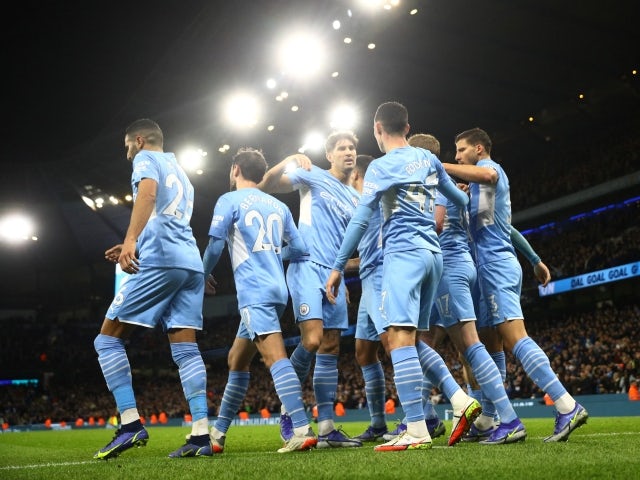 Manchester City equal Liverpool’s all-time top-flight record for the most wins in a single calendar year after thrashing Leeds United 7-0 on Wednesday night.

Manchester City have equalled Liverpool’s all-time top-flight record for the most wins in a single calendar year after thrashing Leeds United 7-0 on Wednesday night.

The Citizens cruised into a 3-0 lead at half time, thanks to strikes from Phil Foden, Jack Grealish and Kevin De Bruyne, with the former’s opening strike the 500th Premier League goal under Pep Guardiola.

After Riyad Mahrez scored City’s fourth shortly after the break, De Bruyne rifled in his second of the night to make it 5-0, before John Stones and Nathan Ake added a sixth and seventh to secure their biggest league victory of the season.

That result was Man City’s 33rd league win in 2021, which matches the impressive feat achieved by Liverpool back in 1982 – Chelsea’s 32 victories in 2005 was the Premier League record before the Citizens’ triumph on Tuesday.

Guardiola’s side, who now sit four points clear at the top of the table, still have three more Premier League fixtures remaining this calendar year, so they will be confident of breaking this record and overtaking the Reds with at least another three points.

Man City will be looking to claim their eighth successive league victory when they travel to Newcastle United on Sunday, before they finish the year with encounters against Leicester City and Brentford.