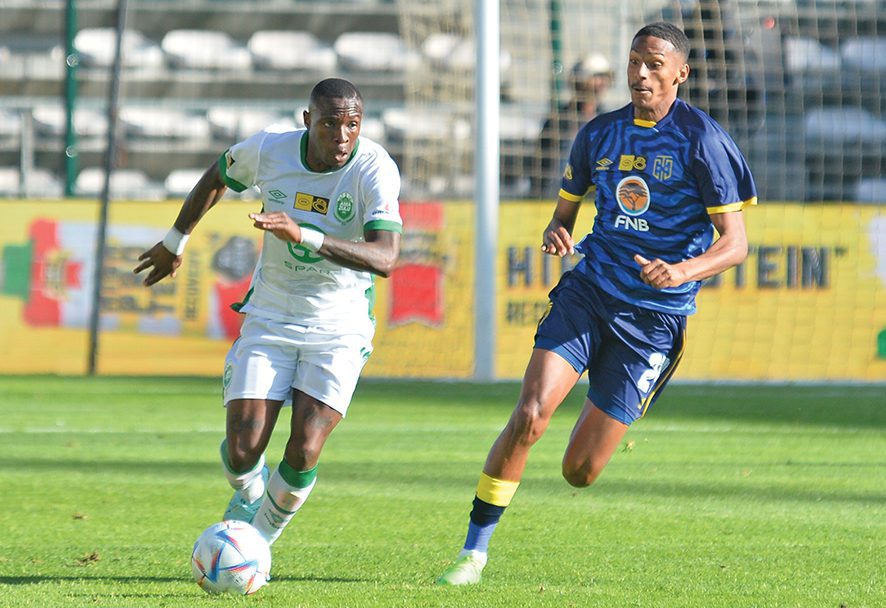 George Maluleka has settled down at AmaZulu, unlike during the two seasons that he spent with Mamelodi Sundowns, where he struggled for game time.

Maluleka appears to have recaptured the form that saw Sundowns sign him from Kaizer Chiefs in the first place in the 2020-2021 season, with coach Truter playing him alongside AmaZulu captain Makhehleni Makhaula and Keagan Buchanan as the trio in the midfield.

This was evidenced when Usuthu came back from behind to beat Cape Town City in a league match at Moses Mabhida Stadium last month, with Maluleka releasing to Augustine Kwem to lob it over for the Usuthu win.

However, Maluleka is singing the praises of his former coach at Sundowns, Rhulani Mokwena, who said it was difficult to see him go because he was a good human being.

That led to Maluleka featuring in 18 matches in those two seasons, scoring once. But he won two league titles, MTN8 and the Nedbank Cup.

“I spoke to coach Rhulani (why I wasn’t playing). It is always nice and heart-warming when the coach speaks positively about you,” said Maluleka.

“In fact, those words were encouraging because I was able to keep going.”

AmaZulu have also reached the MTN8 semifinals for the first time since the 2009-10 season. They will face Chiefs next month, with both games to be played at Moses Mabhida Stadium.

The last time AmaZulu won a major title was in 1992, beating Chiefs 3-1 in the Coca-Cola Cup at the old FNB Stadium.