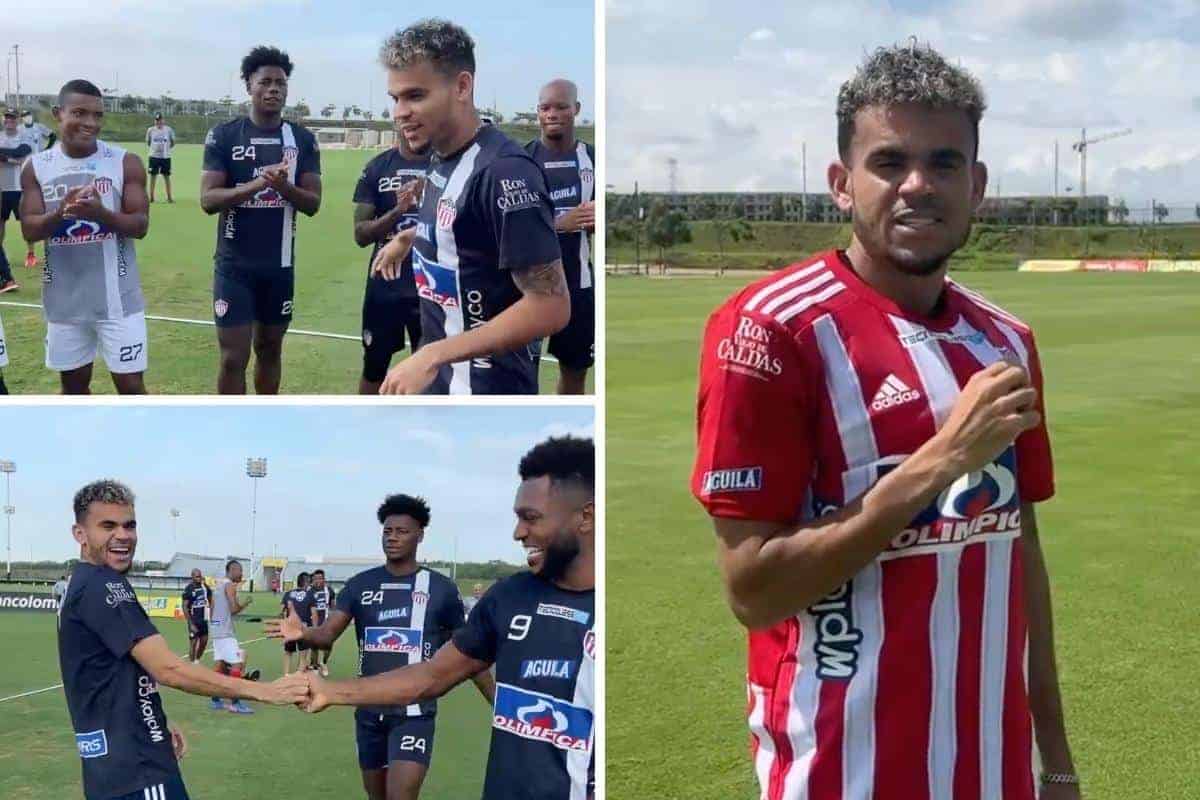 It may be Luis Diaz‘s time to put his feet up, but the winger made a return to the former stomping ground that set him on course to a move to Europe.

Liverpool’s No. 23 has experienced quite the journey this season, from tearing it up with Porto before earning himself the move to Anfield late in the January window.

The 25-year-old has been nothing short of a revelation for Jurgen Klopp, thrown straight into the deep end and thriving in the process.

And after 66 combined appearances for Colombia, Porto and Liverpool, he was more than due his summer break to recharge his batteries and take stock of what was a rollercoaster of a season.

But on return to his native Colombia, Diaz stepped back into familiar surroundings with a visit to Atletico Junior, the club that gave him his first chance to show the quality he possessed on the football pitch.

Atletico Junior signed Diaz in 2017 as a 20-year-old with plenty of potential, to which he duly delivered to see Europe and Porto call his name just two years later.

But it was not just a friendly photo-op visit for Diaz with Atletico Junior, as he also got out his boots, donned the club’s training gear and got stuck into a session.

Let’s hope they were gentle with our No. 23!

It will have been a moment to savour for Diaz and those who have watched his journey to the top, with his humble nature ensuring he is to never forget his roots and where it all started.

Diaz clearly lives and breathes football and there’s no doubt that he will return to Liverpool’s pre-season on July 4 ready to pick up from where he left off.

He was a scary proposition before a full pre-season under Jurgen Klopp, one can only imagine what he is going to be capable of after the summer!