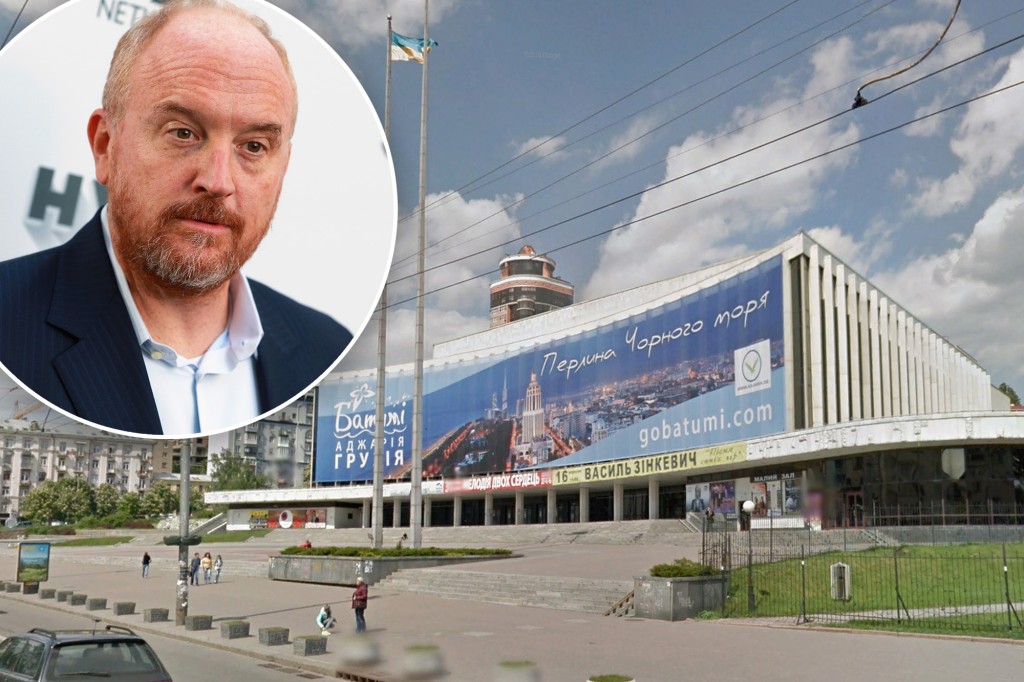 Louis CK is cracking jokes in a war zone.

The once-cancelled stand-up comedian is apparently laughing in the face of danger as his upcoming performances at the National Palace of Arts in Kyiv are still scheduled to take place this weekend — despite Russia’s ongoing invasion of Ukraine.

“The Louis CK Show in Kyiv has not been cancelled,” tweeted a fan Wednesday. The trending post was accompanied by a graphic reading: “Dear attendees, Louis C.K. performance will take place, as planned, on February 25 and 26, 2022. Tickets for Louis C.K. show purchased earlier remain valid for new dates and do not require an exchange.”

Reps for Louis CK, 54, have yet to publicly confirm the status of his upcoming shows amid the attacks on Ukraine — and the accompanying chaos, which has sparked a mass exodus from the nation.

However, online marketplace Tickethunt.com is still hawking passes to the shows at a 30% discount. Daredevils looking for a laugh can score choice balcony seats to CK’s show for approximately $11.70.

But here’s the rub: Concertgoers will reportedly have to forgo their phones.

The venue’s security team will force audience members to “put their phones in lockboxes so as to not leak any sensitive material” to the media, according Gawker.

But what’s a few hours apart from your iPhone when you’re busting a gut in the middle of a city under siege?

CK — who fell from jokester glory in 2017 following a flurry of sexual misconduct allegations — isn’t the only Hollywood bigwig braving the Russian threat.

Sean Penn touched down in Ukraine this week to continue filming a documentary centered on the enduring tensions that have plagued the country for more than a year.

Penn, 61, looked combat cool in sunglasses and a beige bomber jacket as he sat first row at a press briefing held at Ukrainian president Volodymyr Zelensky’s office on Thursday.

And the seemingly fearless Oscar winner has been commended for his presence in the troubled territory.

“Sean Penn demonstrates the courage that many others, especially Western politicians lack,” a spokesperson for the Ukrainian embassy told Newsweek. “The more such people in our country now, true friends of Ukraine, who support the struggle for freedom, the sooner it will be possible to stop Russia’s treacherous attack.”