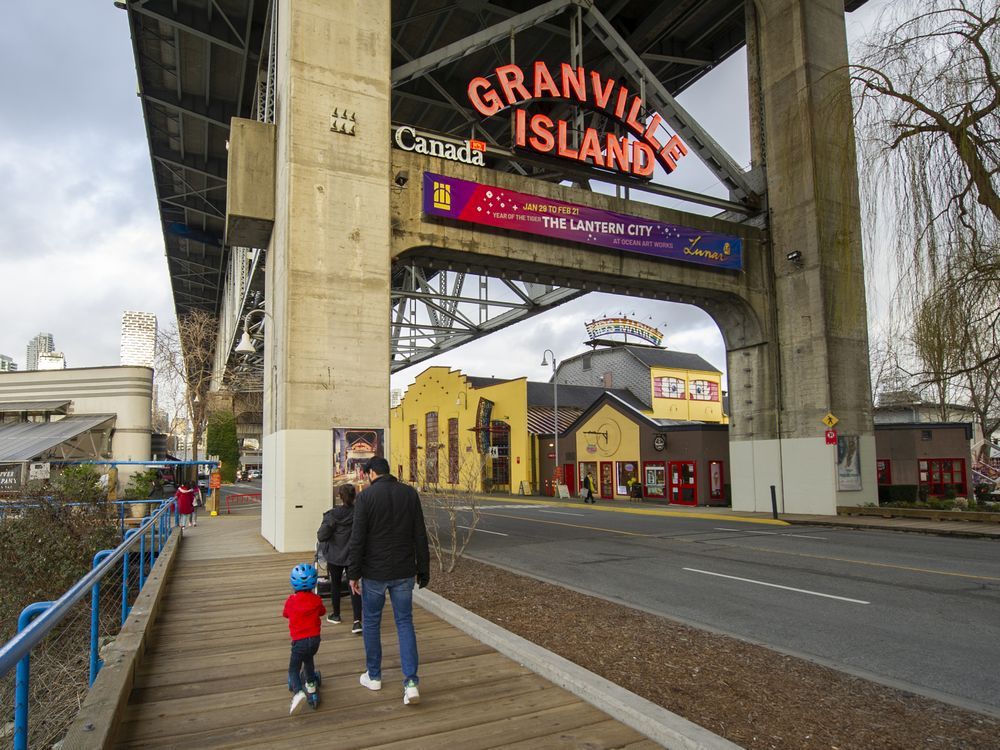 Artists behind the studios and storefronts of Granville Island say they’re concerned by what they say is the steady erosion of arts and culture in the famous district under the management of the federal government.

Critics say independent fixtures are being replaced by business chains. The long-standing Bridges restaurant, for instance, is to become home to Tap & Barrel this spring as one of four other Lower Mainland locations.

“The watering down of Granville Island is very upsetting for us artists and cultural renters,” said Pernilla Ahrnstedt, one of three female jewelry-makers behind the Aurum Argentum Goldsmiths store the last two decades.

“When I first moved to Canada in 1988 from Sweden the island was the coolest place ever. You saw artists, you could go in and see their creative processes up close during public workshops.”

Ahrnstedt and others reached out Thursday to share their concerns after Postmedia News published a story about the owner of The Tuck Shop, Chia-Ning Chen, who was given a verbal eviction notice from her space in the public market last week.

Neighbours expressed anger online about CMHC’s decision to evict the longtime shop owner. Many told Postmedia in emails that they were shocked Chen was given a maximum of 60 days to remove her store’s inventory.

A spokesperson of Vancouver Centre MP Hedy Fry told Postmedia she was just learning about the situation Thursday. She had no immediate comment.

Granville Island, which was once a site for heavy industry, was redeveloped into a centre for arts, culture, food and artisans in the 1970s. CMHC has managed the district for the federal government since 1973.

The general manager of the island, Tom Lancaster, said the decision to evict Chen’s Tuck Shop was part of the efforts of CMHC to increase diversity, equity and inclusion.

“We want to get back to being a very groundbreaking, innovative place where we’re grappling with some of the big problems of the world,” Lancaster said. “The problems right now with a pandemic are around isolation, people feeling disconnected from each other and a lack of focus on gathering, art, culture and theatre, so our two focal points going forward are food, and arts and culture.”

CMHC currently offers below-market rent to more than 50 artists and studios, ranging from $6.50 to $18 per square foot.

“Back when I was trying to get studio space here 21 years ago, it was the place to be. I applied three times before being accepted by a jury that included artists with studios on the island. They had a say in who came in,” Ahrnstedt said.

Another artist operating out of Granville Island, who is currently on CMHC rent relief and asked Postmedia not to disclose their name due to fear of retaliation, said artists on the island are afraid of being replaced by big business.

“We’re clinging to what we currently have, especially since there is little studio space elsewhere in Vancouver,” they said.

Peter Braun, who has had a studio on the island since 1986 and operated New Leaf Editions, said he’s witnessed a loss of several artists studios during COVID-19.

“We saw CMHC give the B.C. Gallery of Ceramics space to commercial operators. Artist spaces are being lost,” he said.

“As a taxpayer-owned space, you’d think the goal of Granville Island’s new tenants wouldn’t be to get the largest rent payouts but to stay small and promote diversity of the arts,” said Kevin McCallister, an artist who rented a studio on the island.

“Granville Island has gone downhill. My concern is that it no longer reflects the cultural hub that it used to be.”

— With files from Joanne Lee-Young