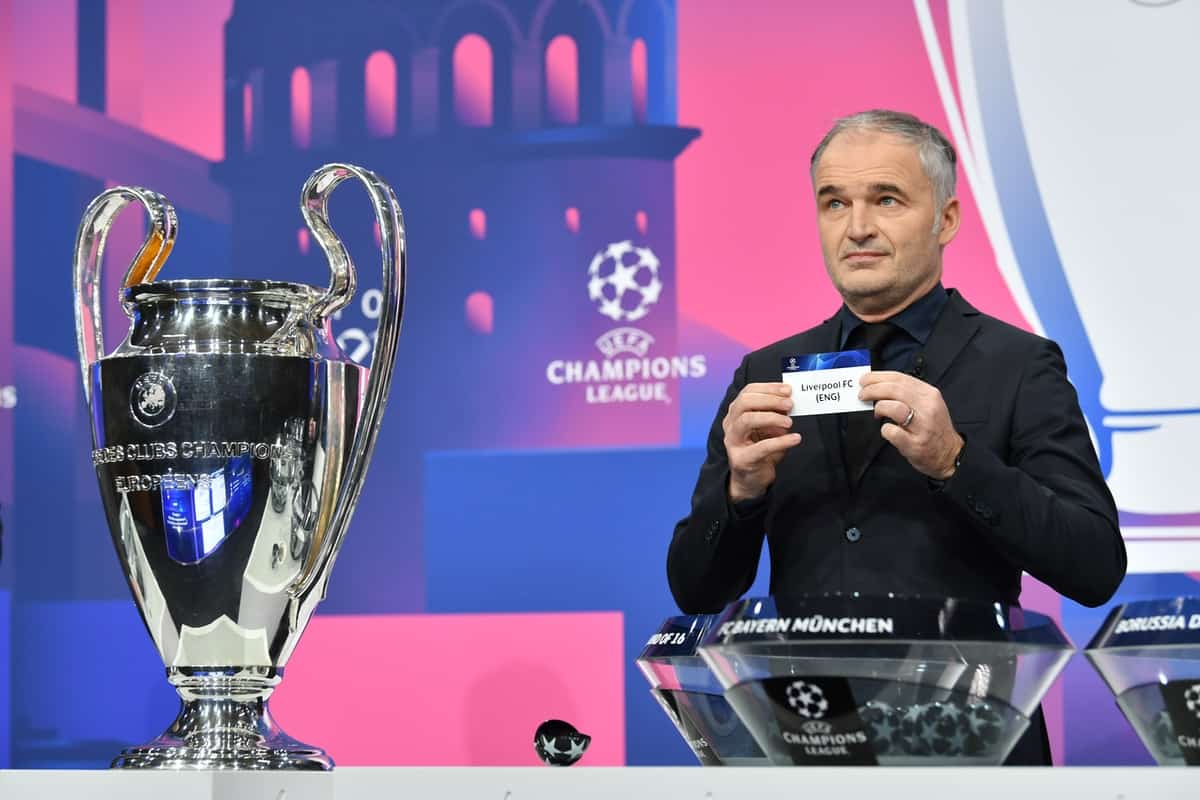 Liverpool are to meet Inter Milan in the Champions League last 16 after a redraw was forced following a major mistake in the initial draw.

Jurgen Klopp‘s side earned their place in the first knockout round having finished 11 points clear in the ‘group of death’ containing Atletico Madrid, Porto and AC Milan.

Their place atop of Group B set up six possible opponents in the first knockout stage and at the second go of trying, the Reds are to meet Inter following the redraw on Monday afternoon.

The Reds will play the first leg away from home at San Siro in February due to being a seeded team, with the return leg at Anfield in March – exact match dates should be confirmed later today.

When will the last 16 ties be played?

Liverpool will play the second leg at Anfield having qualified as a seeded team.