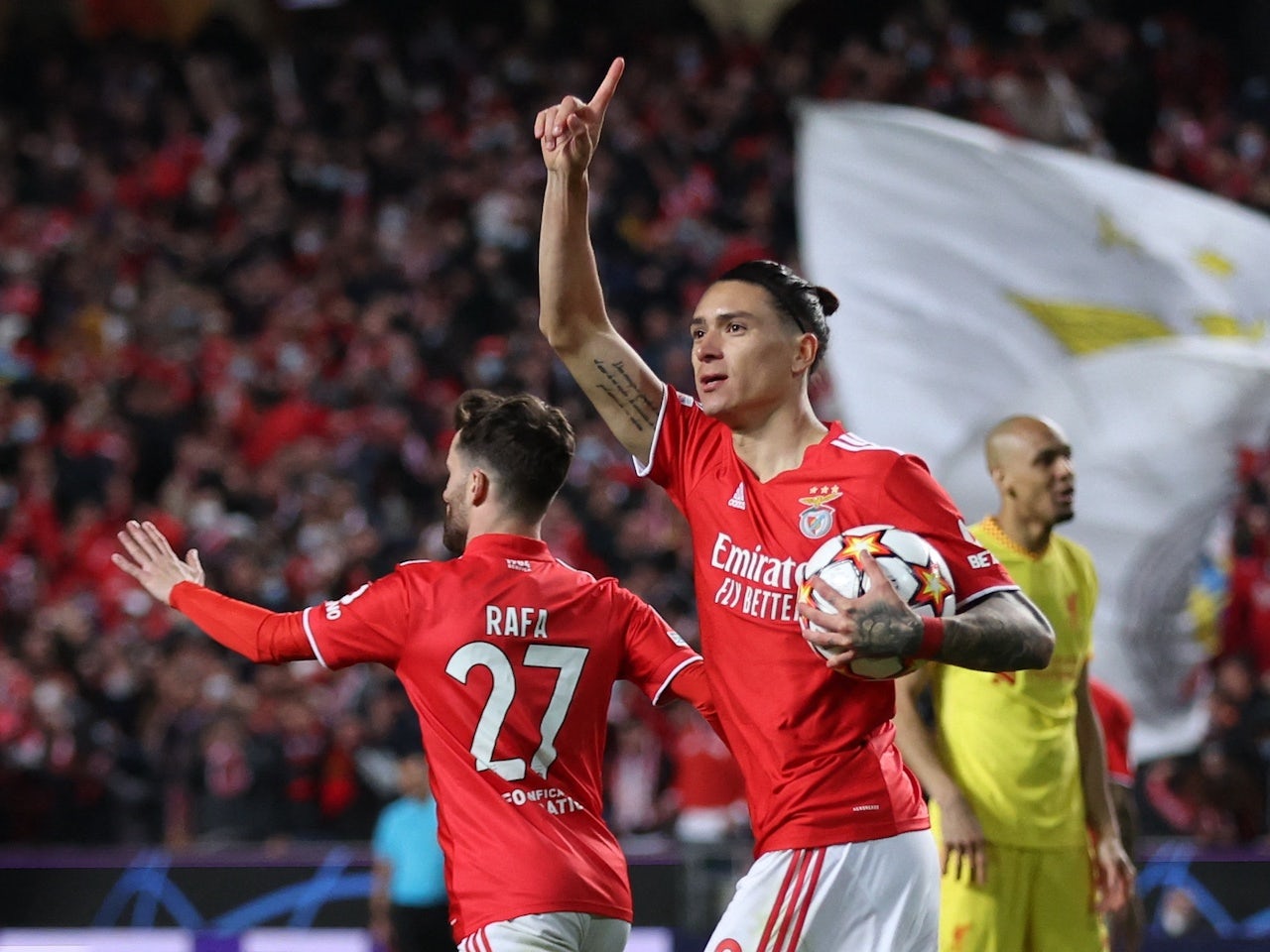 Liverpool are reportedly set to make a formal approach for Benfica’s Darwin Nunez as the Reds look to fight off competition from Manchester United.

Liverpool are reportedly set to step up their pursuit of Benfica striker Darwin Nunez.

The forward has attracted interest from a number of clubs including Manchester United after scoring 34 goals in 41 appearances for Benfica in the 2021-22 season.

A previous report stated that the Red Devils were closing in on a deal for the 22-year-old, who found the net on six occasions in 10 Champions League games last term.

There were also reports suggesting that midfielder Andreas Pereira could be used in a potential transfer by Erik ten Hag‘s side.

However, according to Football Insider, Liverpool are set to make a formal approach for the Uruguayan, challenging their Premier League rivals for his signature.

Nunez is believed to suit the profile of a Jurgen Klopp player, while the report states that the Benfica forward is “keen” on a move to Anfield.

With three years still left to run on his current contract, Liverpool may have to pay a fee in the region of £55m to prise Nunez away from the Portuguese club.

Since arriving from Almeria in 2020, Nunez has scored 47 goals in 84 appearances for Benfica, including a goal in each leg of their Champions League quarter final tie against Liverpool last season.