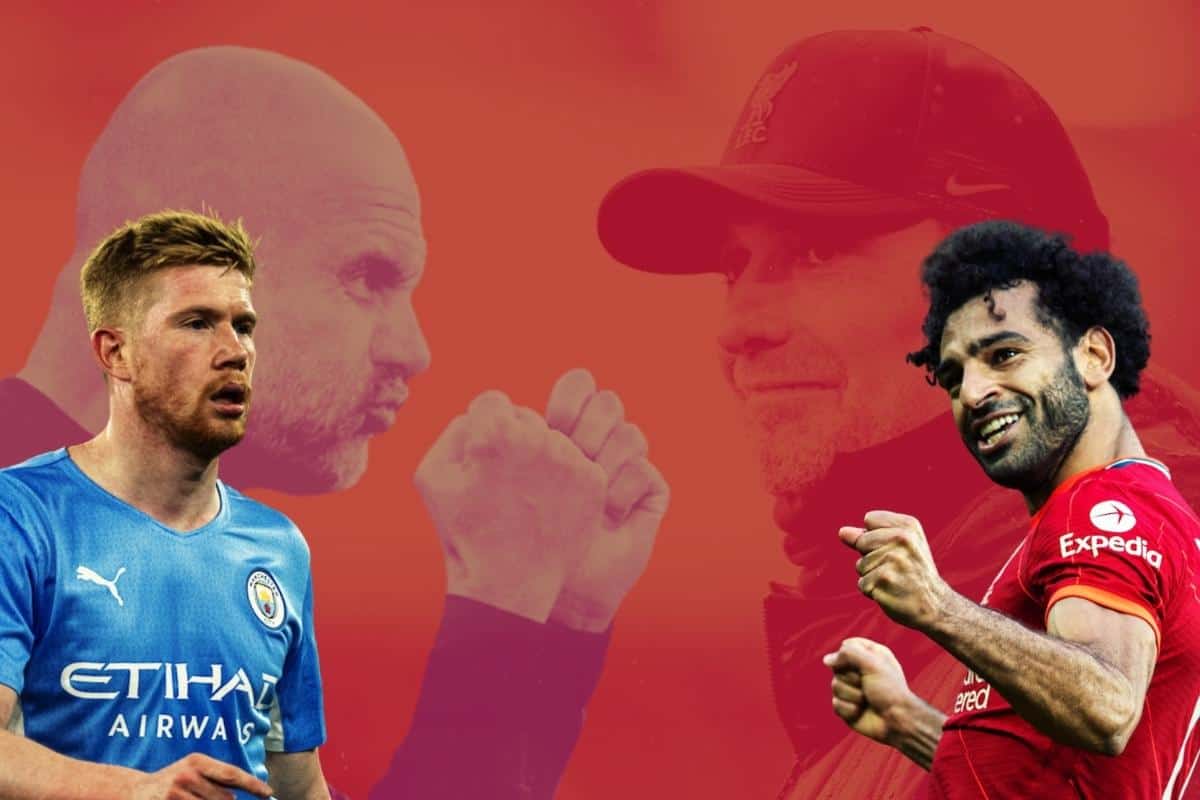 Liverpool have again held up their part of the bargain by reducing the gap to Man City to six points, with a game in hand. But how does the rest of the season look?

Jurgen Klopp‘s side came from behind against Norwich for a 3-1 win, meaning the rare chance to place pressure on City was taken and it was duly rewarded.

City’s 3-2 defeat to Tottenham was only the sixth time this season they have dropped points, seeing Liverpool move to within six points of the leaders.

With a game in hand against Leeds on Wednesday, there is a chance to cut that deficit to three points to leave the title in the hands of both teams.

There will be plenty of twists and turns to come but with the two teams to meet in April, how do their respective run-ins compare?

Let’s take a look at their remaining 13 and 12 league games respectively.

It’s seven home games for Liverpool in their run-in, but within that stretch, they are on the road back-to-back on two occasions.

The clash with City, of course, will be season-defining and it looks set to go down to who blinks first.

Leeds, Watford, Aston Villa, Everton and Newcastle are the sides, on paper, one would expect Liverpool to pick up maximum points, as too the other four matches at Anfield.

With the Champions League and a possible FA Cup run, it will be all hands on deck and a shifting schedule will also add to the drama.

As for City, they will meet nine of the same opponents as the Reds with six of their remaining games at the Etihad.

While they’ve not often dropped points, Southampton, Crystal Palace, Tottenham and Liverpool have all shown the way.

The likes of Everton, Man United, Wolves, Watford and Newcastle will have plenty to play for and will pose as much danger to Liverpool as they do City.

And as for Aston Villa, Steven Gerrard takes his side to the Etihad on the final day…what a story that could be!

Liverpool are still the chasers and will prefer it that way, now to rattle through the next 13 games, one at a time.