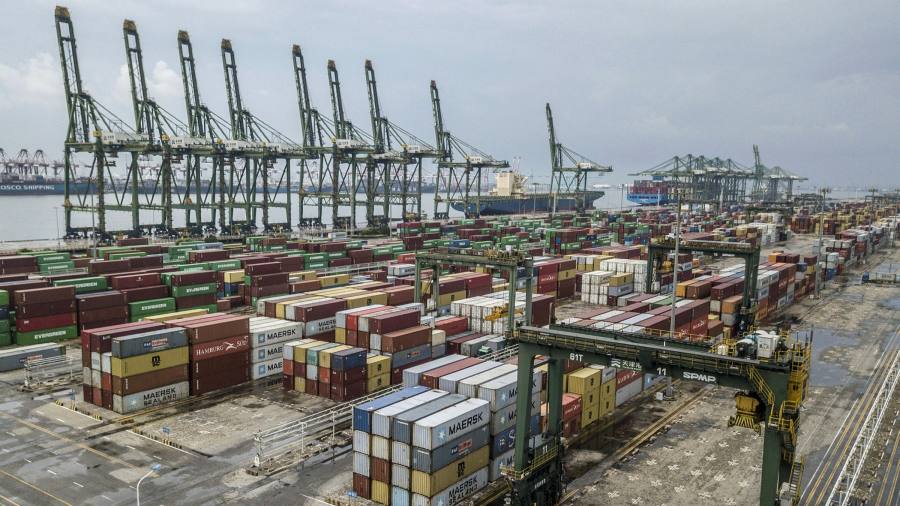 It has been two weeks since the doors to the Chinese market slammed shut to Lithuanian products.

Accounting for just 0.2 per cent of global exports, the Baltic nation’s problem is negligible for the rest of the world. But it is just the latest example of China wielding a weapon against which other countries have yet to find a shield: coercive economic statecraft.

Beijing has been targeting foreign companies or industries to “punish” their governments for policies with which it disagrees. Measures have included a suspension of rare earth exports to Japan after a maritime clash off the disputed Senkaku Islands, a curb on Norwegian salmon imports after the awarding of the Nobel Peace Prize to dissident Liu Xiaobo and a ban on Australian wine and barley imports in retaliation for Canberra’s demand for an inquiry into the origins of Covid-19.

In the same vein, after Lithuania allowed a Taiwanese representative office to open in Vilnius, it disappeared from the Chinese Customs Administration’s country list on December 1, making it impossible for companies to file customs paperwork.

“Every country uses economic coercion in some way — the US has a whole sanctions regime,” said Emily Kilcrease, at the Center for a New American Security, a Washington think-tank.

But, she noted, democracies are at a disadvantage: under its authoritarian system, Beijing can target companies or products without invoking any related laws to justify its actions.

When South Korea deployed a US anti-missile system in 2016, Chinese travel agents stopped group tours to the country, and the Chinese public turned against South Korean pop songs and soap operas. In both cases, it would have been hard to hold the Chinese government to account.

The FT has revamped Trade Secrets, its must-read daily briefing on the changing face of international trade and globalisation.

Sign up here to understand which countries, companies and technologies are shaping the new global economy.

“Such off-book measures, of which China has a whole range, are not something the US or other democratic countries can use because they go back to the party’s control over the economy,” says Kilcrease, co-author of a new report on how other countries can respond to Chinese economic coercive economic statecraft. “In the US we are constrained by the legal authority we have in place.”

Turning to the World Trade Organization’s dispute settlement mechanism can take years to yield a result, and may not even be an option because governments lack proof that the Chinese authorities are behind a boycott or import disruption.

Just a week after the initial blockage of its exports, Lithuania’s name reappeared in China’s customs menu. However, Lithuanian shipments are still not being cleared.

“Customs brokers are receiving ‘error’ reports from the IT system when they try to process the shipments. This is the case at different ports, and for all types of products,” the European Commission said, adding that Chinese companies were also cancelling orders of Lithuanian products without explanation.

Observers say Beijing wants to warn others. Shi Yinhong, a foreign policy expert at Renmin University, said that both Lithuania and Australia remained defiant towards Beijing. “But not taking punitive action would increase the likelihood of other countries taking similar steps like establishing relations with Taiwan etc, and it would be difficult to explain that to the people at home,” he said.

European observers agree. Joerg Wuttke, president of the EU Chamber of Commerce in China said the measures had “no immediate impact on multinational corporations” because there was virtually no sourcing from Lithuania. “But it is a stark warning for other EU countries not to follow the Lithuanian example,” he said. “The Czech and Slovakian economies, for example, are deeply embedded into the German car supply chains.”

Both central European countries have recently stepped up contacts with Taipei as the region’s enthusiasm over the benefits of close relations with China is waning.

The EU has threatened to take China to the WTO if all obstacles preventing Lithuanian exports from accessing the Chinese market are not removed. Brussels has also presented an “anti-coercion instrument” with which it wants the EU to retaliate against such economic coercion.

But analysts are sceptical because China’s position as the world’s second-largest economy gives it massive clout.

Video: How China uses trade as a weapon