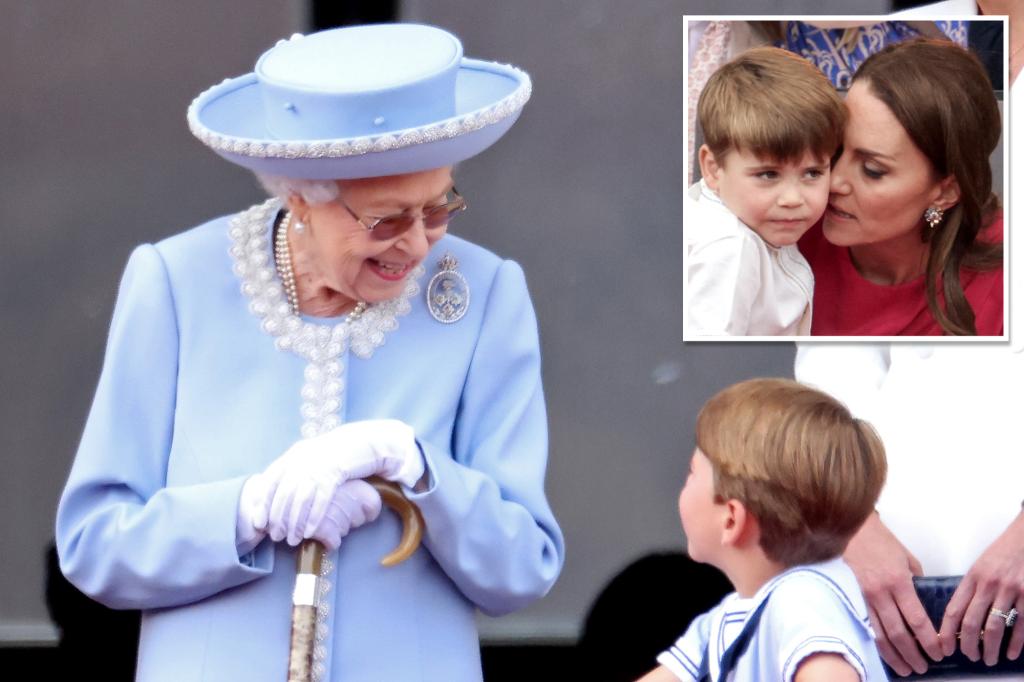 One can tell a lot about a person by the way they move their bodies, especially their mouths.

Eagle-eyed lip readers were able to decipher what royal family members were actually saying to each other during Queen Elizabeth’s Platinum Jubilee celebrations over the weekend.

The 8-year-old was dangling his arm on the balcony and Charlotte, 7, told him to keep it by his side instead for safety, they said.

Around the same time on the mezzanine, the Queen, 96, was asked by her great-grandson Prince Louis: “Are the Red Arrows coming?” according to the lip readers, to which she replied: “I hope so.”

The Red Arrows are planes helmed by the Royal Air Force that flew over the palace during the event.

When the aircrafts appeared and tinted the sky red, white and blue, Louis stole the show by excitedly screaming, “Yes yes yes!”

The Queen explained to the young lad, “There it is,” before Louis shouted: “Oh Red Arrows, whoah! Whoah, that was loud!”

During Friday’s National Service of Thanksgiving for the Queen’s reign at St. Paul’s Cathedral, Meghan Markle and her husband Prince Harry sat far away from estranged family members, the Duke and Duchess of Cambridge.

According to the Sun, Markle, 40, told Harry, 37, during the nearly hour-long mass, “Yeah, will be fine.” There was another moment during the service when the former “Suits” actress said the word “Wow” to her husband of four years.

Following the church ceremony, Prince Charles and his wife Camilla stood outside with Kate and William, 39. According to the Mirror, she commented on the service, saying: “It went very well, very well,” with the Duke responding back: “Yes, perfect.”

As the couple waited for their car to take them to the next event of the day, William waved to the adoring crowd and then turned to his wife to state, “Wait for that to move, then we can go.”

On Sunday, the sovereign made one final appearance during the People’s Pageant when she emerged on the balcony again alongside Charles, 73, Camilla, 74, Kate and William.

The National Anthem played while red, white and blue smoke engulfed the air for one last Jubilee party.

Lip readers believed that the Queen looked surprised during the moment and alleged she told George: “Ah, brilliant! I didn’t know.”

The Platinum Jubilee was held to celebrate the Queen’s seven decades on the British throne.