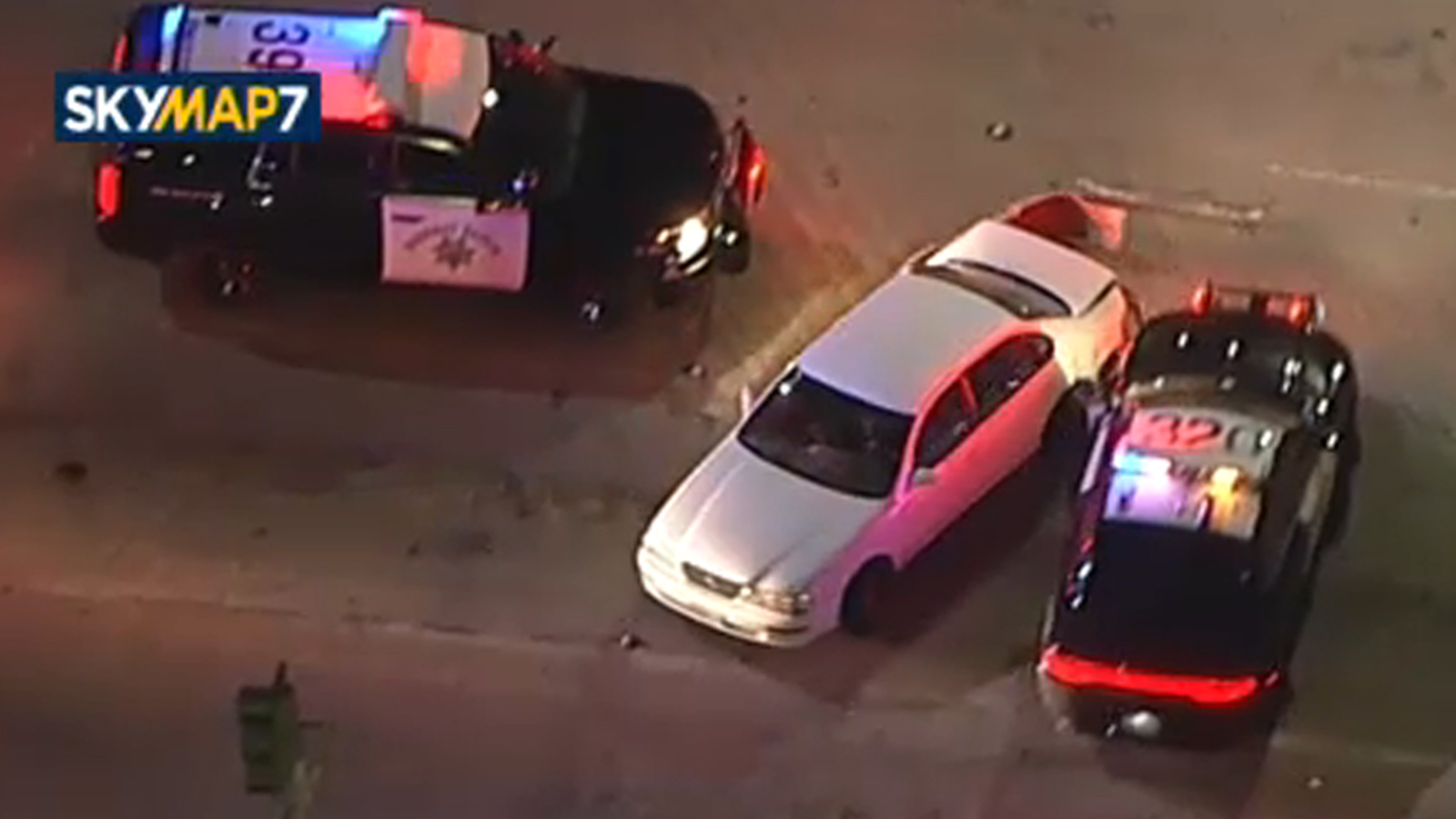 ORANGE COUNTY (KABC) — A suspect who led officers on a chase through Orange and Los Angeles counties has been arrested in Downey.

The pursuit started in Irvine, according to police. The Irvine Police Department told ABC7 they received a call about someone throwing fireworks at pedestrians.

At one point, the suspect – who was seen driving an older model Toyota – was speeding through the northbound lanes of the 5 Freeway in the Santa Fe Springs area.

A PIT maneuver was performed, but officers were unsuccessful on the first attempt.

The suspect continued driving until officers attempted a second PIT maneuver, and ultimately blocked him in near Naranja Avenue and Jefferson Street in Downey.

The driver tried to run inside a nearby home, but was quickly apprehended by officers.

AIR7HD was over the scene as police hit him with a stun gun and took him into custody.