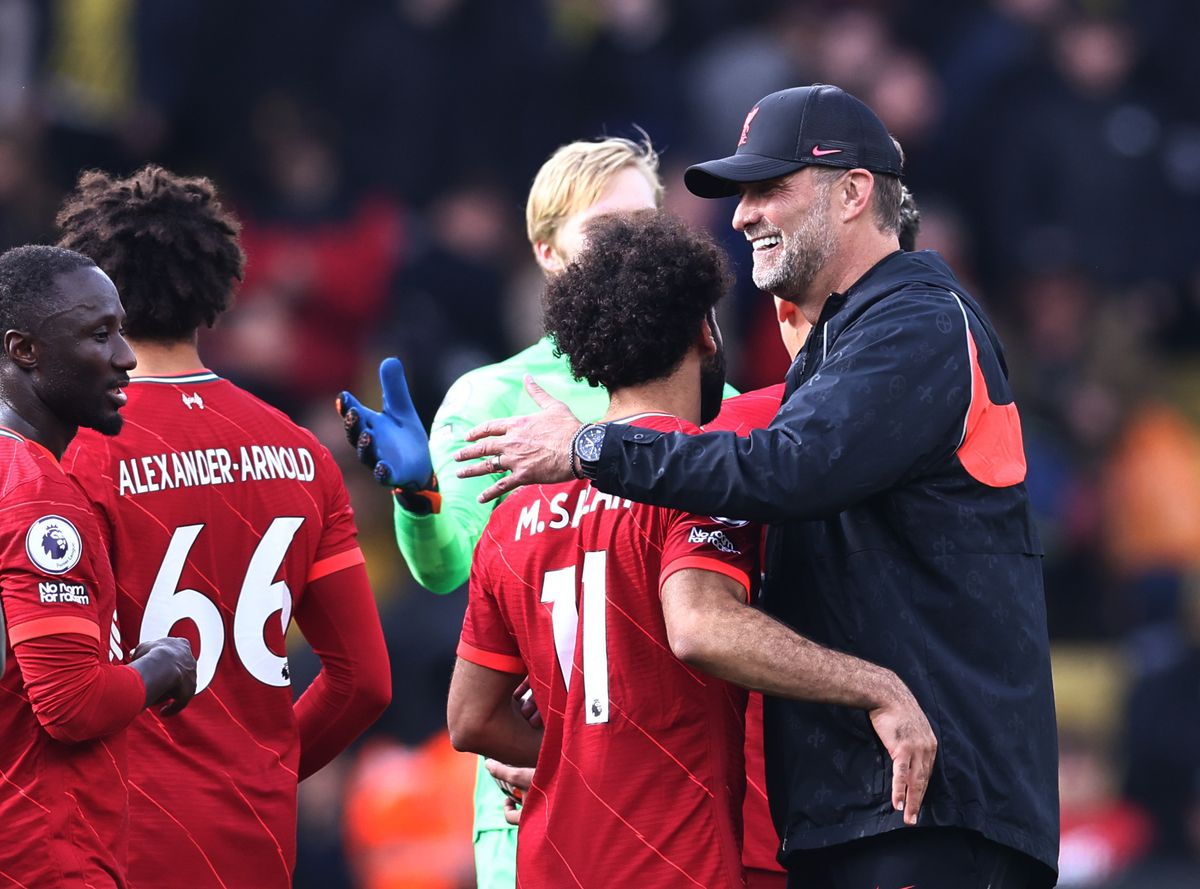 Liverpool have the chance to exert some pressure on Premier League title favourites Manchester City on Saturday but manager Juergen Klopp says he does not waste one minute thinking about Pep Guardiola’s side.

Victory over relegation battlers Norwich on Saturday would allow Liverpool to close the gap on City to six points, although City are at home later against struggling Tottenham Hotspur.

“Out of all the problems I have, the smallest one is Man City. There is no minute when I think about them,” Klopp told reporters at his news conference on Friday.

Of more concern to Klopp is the ankle injury sustained by Diogo Jota during the 2-0 Champions League win away at Inter Milan on Wednesday.

“He is not available this week and still needs further assessment,” Klopp said.

“It’s something with the ligaments around the ankle. Everything is possible. It could go quick or the other way. We have to wait but no chance for this weekend.”

Liverpool have won their last four games in the league and will be expected to sweep past a Norwich side who have given themselves a chance of surviving with a recent resurgence before last weekend’s defeat by Manchester City.

“They never stop believing they can stay in the league. I admire that. You can see it in how they play. If you let them play, they play,” Klopp said.

“If you give them a chance to get in behind your last line, they will go. We have to be everywhere 100%. We need a really good set-up.”

While deprived of Jota on Saturday, Klopp still boasts a formidable array of firepower with Mohamed Salah, Sadio Mane and Roberto Firmino all available and his biggest dilemma is who to leave on the bench.

He said the attitude of his players to not being in the starting lineup made his job easier.

“Be angry or disappointed with me, no problem. But show up. Make the decisions difficult and don’t drop in training. But that’s never happened. The group is incredible. If the players want to talk to me, it comes after the game,” Klopp said.

He pointed to the response Roberto Firmino showed when coming off the bench to score the opener against Inter.

“Bobby could be in each eleven every single day because of his quality. It was one of the most important away goals we’ve scored. It calmed everything down and we got the momentum back,” he said. “If you knew him better, you’d be more positive about him. He’s an incredible person,” Klopp said.