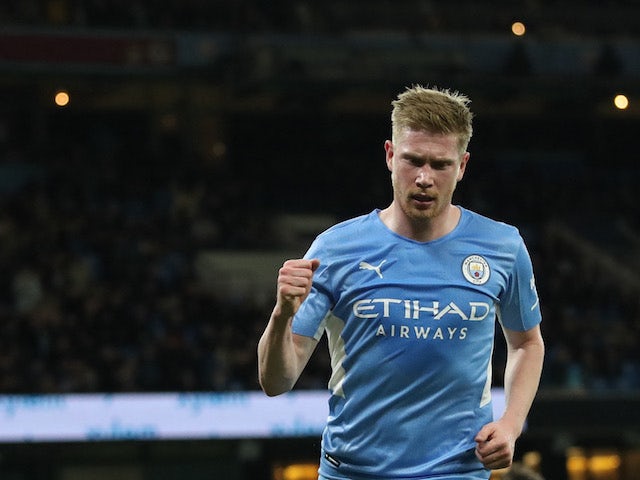 Manchester City playmaker Kevin De Bruyne admits that he would prefer to secure another Premier League title than win the Champions League.

Manchester City playmaker Kevin De Bruyne admits that he would prefer to secure another Premier League title than win the Champions League.

The Citizens missed out on their first ever triumph in Europe’s most prestigious club competitions by the finest of margins when they lost in the final to Chelsea last season, a showpiece even in which De Bruyne was forced off in the first half due to injury.

While the European crown still eludes them, Pep Guardiola‘s men have dominated the domestic front when it comes to silverware and De Bruyne believes success in a 38-game league campaign is a bigger achievement.

“If I have to choose, I would go for the Premier League. It shows the consistency of a player and what you have to do across a whole season,” De Bruyne told the Daily Mail.

“In the Champions League, you need to be good but at certain times it’s more of a lottery compared with the league, which has more games.”

The 30-year-old Belgium international added: “What does legacy mean? Would my personal achievements be bigger if maybe for instance we won the Champions League last year? For me, as a player, no.

“There are legends of the game who haven’t won a Champions League. At the end of my career, I won’t be looking back at what I haven’t achieved.

“I know you want to win a lot, but one more trophy doesn’t define what you did in your career. When you are an athlete whenever you lose it hurts, but I think sometimes it’s good to have moments that hurt.

“You can’t have a life where everything is going well [all the time]. That’s not how it works.”

De Bruyne, who has won a total of 11 trophies during his time at City, is expected to start for Guardiola’s side in the Manchester derby against crosstown rivals Manchester United at the Etihad Stadium on Sunday afternoon.