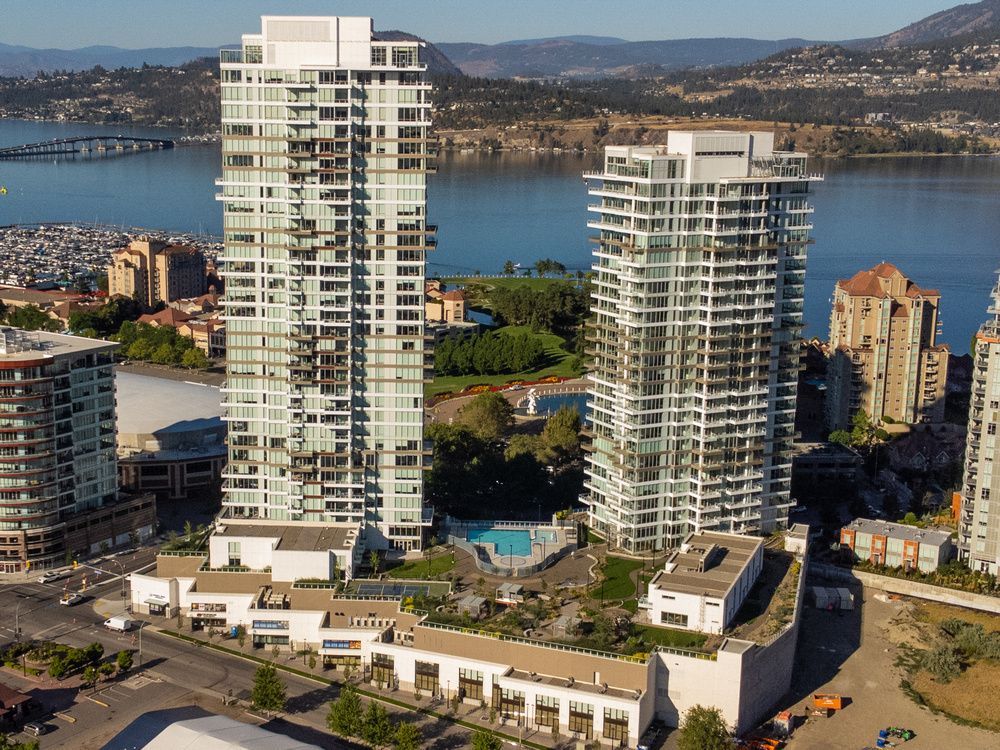 Samuel Galvez fell in love with Kelowna and the Okanagan when he visited years ago and, more than two decades later, returned to open his tailoring business there and establish lifelong roots.

That was 14 years ago and “I still love it,” said the master tailor who owns and operates El Zorro Tailoring, and plans to remain in Kelowna.

Galvez, who is from Chile, is among the estimated 780 Latin Americans who live in Kelowna, well less than one per cent of the 127,000 residents, according to a new study by UBC Okanagan geography Prof. Carlos Teixeira to find out why so few Latin Americans settle in the Okanagan’s largest city.

His study, which included a survey of 62 Latin Americans who live there, found that a lack of affordable housing and of subsidized housing are large barriers to immigrants like those from Mexico and Central and South America. Teixeira noted in the study that contributed to the lack of diversity in the city and it “still lacks a multicultural atmosphere and has no identifiable ethnic neighbourhoods.”

The study showed that more than half of the respondents reported spending more than the recommended 30 per cent of their monthly income on housing.

Teixeira also listed low vacancy rates as a barrier to these newcomers, as well as language barriers and a lack of public transportation. And he said Latin American immigrants, among others, are unfamiliar with how subsidized housing works, how to access it and its limited supply.

Galvez said the study’s findings don’t surprise him because he has been affected by high rents for his business and had to close his downtown storefront and operate his business from home.

And he has trouble encouraging friends and family wanting to immigrate to Canada to join him in Kelowna.

“I tell them all the time to come here because there’s lots of jobs here but the only problem here is the housing because it’s very expensive,” he said.

Galvez needs an assistant and would like to have the woman he trained in Chile join him here but she has two children and both he and she are worried about housing costs.

Maria Garcia, who immigrated to Kelowna for a second time in 2020, said she heard more Spanish being spoken in Kelowna than she did when she lived there years earlier and believes there are more Latinos immigrating to Kelowna. As the services coordinator for the Kelowna Museum, she offers Spanish-speaking tours twice a month and says she gets about five to 10 attendees.

Garcia, who moved to Kelowna with her Canadian husband, would recommend other Latin American immigrants to move to the city but acknowledged: “It’s very expensive and I know housing is a challenge for everybody.”

Teixeira, who wasn’t available for comment, said in his report that Latinos tend to settle in large cities, such as Vancouver, Toronto and Montreal. And that small cities like Kelowna “tend to lack experience, resources and infrastructure for settling immigrants.”

Kelowna’s immigrant population is about 14 per cent, which is half of B.C.’s as a whole.

Calls to Kelowna’s mayor, Colin Basran, who is running for his third term in next month’s civic election, went unanswered on what the city is doing to increase affordable or subsidized housing.

Tom Dyas, one of the mayoral candidates, said in an email he has heard from “countless” business owners that it’s difficult to recruit and retain workers, including RCMP officers, because of high housing costs. He said housing prices aren’t within a municipality’s control but said that when the city sells the land it owns, it should require that any new apartment development include a percentage of affordable units “for our grocery store workers, warehouse workers, new Canadians and more who are working and yet still unable to afford rents.”

And he said if the city grants height variances for new buildings beyond the 2040 community plan, the city should give incentives to developers to include child-care spaces, affordable units or parks.

The average price of a semi-detached house in Kelowna was more than $500,000, according to CMHC, Teixeira said in his study.

In 2019, the median price of all types of housing was $643,783, “well outside the affordability range of the city’s average income-earner,” he said.