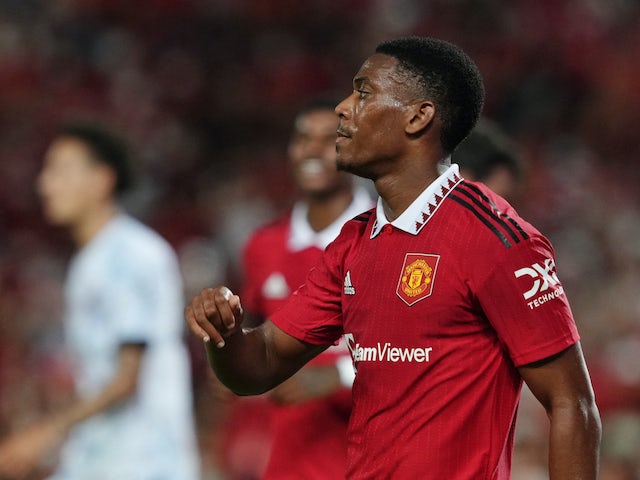 Juventus will consider moves for Manchester United’s Anthony Martial and Chelsea’s Timo Werner if they fail in their pursuit of Alvaro Morata, according to a report.

Juventus will consider moves for Manchester United‘s Anthony Martial and Chelsea‘s Timo Werner if they fail in their pursuit of Alvaro Morata, according to a report.

The 29-year-old striker spent the last two seasons on loan with Juve, where he scored 32 goals and registered 21 assists in 92 appearances across all competitions.

However, Morata has returned to parent club Atletico Madrid this summer as Juve opted against activating his £29.7m option-to-buy clause, with the Turin-based outfit hoping to negotiate a lower fee.

Massimiliano Allegri is keen for the Spain international to return to the Old Lady and views the striker as part of his ideal front three alongside Dusan Vlahovic and summer arrival Angel Di Maria.

However, should Juve fail in their pursuit of Morata this summer, Sky Sports News reports that both Martial and Werner have been identified as potential alternatives.

Martial endured a frustrating 2021-22 campaign, starting only two Premier League games for Man United before being sent out on loan to Sevilla for the second half of the season.

The 26-year-old allegedly attracted interest from Juventus back in January before he decided to join Sevilla on a temporary deal, where he recorded just one goal and one assist in 12 appearances.

A recent report claims that the Red Devils have decided against selling Martial this summer amid interest from Juve, while Erik ten Hag has backed the Frenchman to improve in the upcoming season.

Speaking to Sky Sports News earlier this month, Ten Hag said: “I’m sure [Martial] can come back even better. I think when he has the right focus and the right motivation and he works hard he will have production because he is a good player.

“I say when he has the right focus and every day delivers his max then he will have production and it’s up to him.”

Werner, meanwhile, is likely to leave Chelsea this summer, according to a report from Sky Sport Deutschland, with the German forward seeking regular first-team football ahead of representing his country at the 2022 World Cup.

The 26-year-old, who started only 15 times in the Premier League last season, still has three years remaining on his contract but he recently refused to rule out the prospect of leaving Stamford Bridge this summer.

Speaking to reporters earlier this month, Werner said: “I could be happy everywhere. I think of course the manager always has different ideas, different thoughts and what you need in different games, I think in many games I was not in his thoughts so I try to change that.

“It is clear I want to play more and I should play more to first be in good shape for the World Cup and also, to have a chance to play at the World Cup.”

As well as Juventus, Werner’s former club RB Leipzig are thought to be interested in re-signing the forward who they sold to Chelsea for around £49m in July 2020.

Juve have already made five summer signings, with Federico Chiesa the first to join on a permanent deal from Fiorentina, before the arrivals of Di Maria, Paul Pogba, Bremer and Andrea Cambiaso.