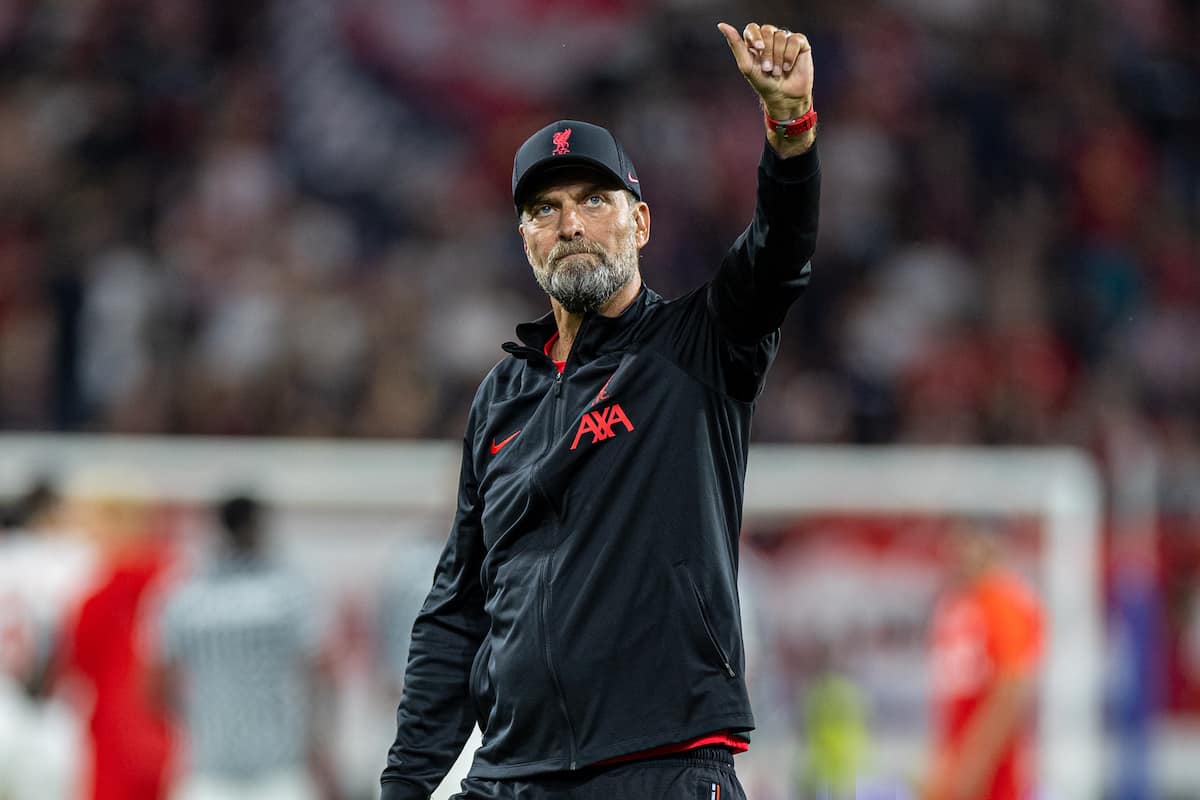 Jurgen Klopp has argued Liverpool’s case after a difficult 1-0 loss to Salzburg, pointing to tired legs throughout the squad that will pay off next month.

The Reds pulled off a comfortable 5-0 victory over RB Leipzig last Thursday, but fell to a 1-0 defeat to their sister club Salzburg less than a week later.

It is no concern, of course, but without context there could be among certain quarters.

After a week-long training camp with double and triple sessions, however, that Liverpool suffered a slim defeat to a Champions League side already two games into the campaign proper should be no surprise.

Klopp explained that in his post-match press conference at the Red Bull Arena, as he responded to a question on new signings Fabio Carvalho and Darwin Nunez.

“I think we saw today, we didn’t play well in the first half but if there was an interesting situation then it was Darwin, and the striker lives for the support he gets,” the manager said.

“Fabio is a fantastic talent, showed that in moments tonight, but can do much better.

“But now we talk about players again…why should we judge them now in another way than the established players?

“So, I understand that you have to ask, but I couldn’t care less how they are in the moment.

“We have to get through this period, we need it.

“It’s a long season with a long break in between and another pre-season, stuff like this, really strange.

“We have to make sure we are ready for that, and not for tonight.

“We want to be ready for Saturday [against Man City in the Community Shield], definitely, but it will be a big fight, because you cannot be at your best, that’s pretty much not possible.

“The only good news is City is in the same situation as us. That’s the difference to Salzburg, they are already two games [into the season], so it’s not a fair competition, actually!

“It’s a massive difference – in two weeks, we should look different as well.”