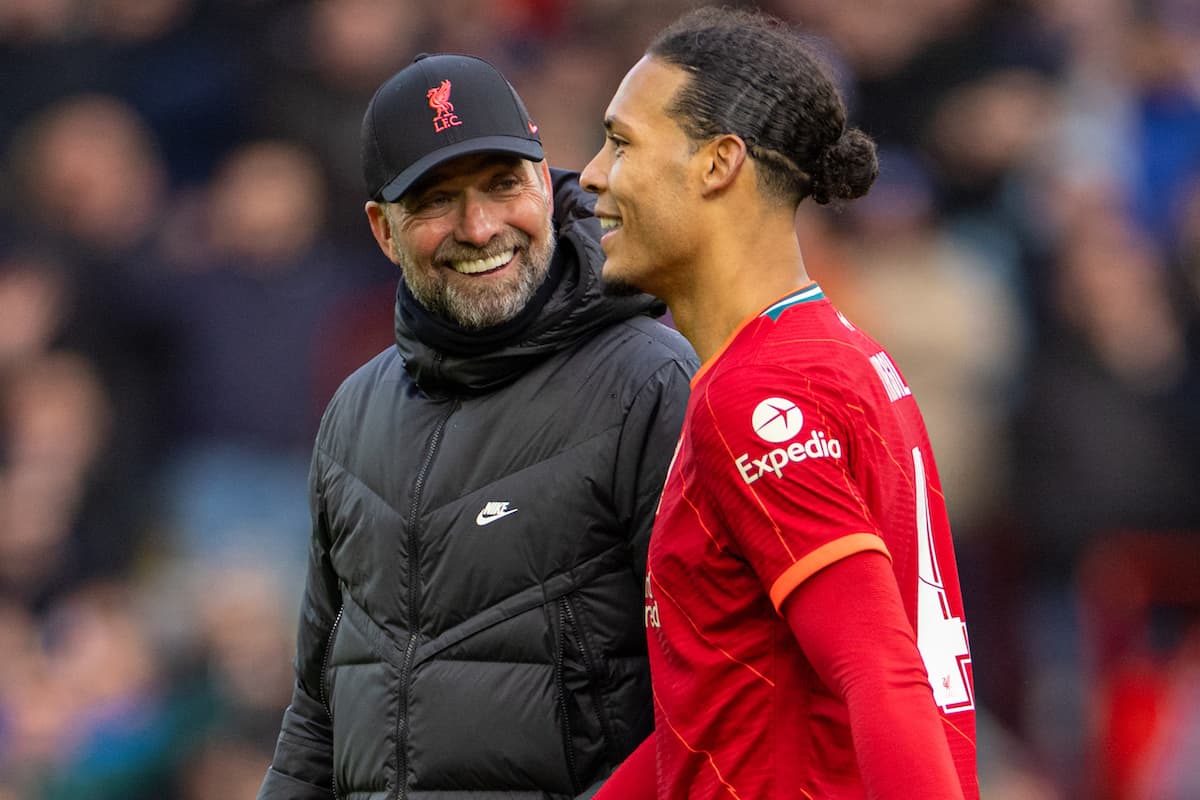 Jurgen Klopp has commended the “incredible” comeback of Virgil van Dijk, with the manager using his programme notes to place a spotlight on his centre-back.

In his comeback season following his ACL injury, Van Dijk has featured 30 times for the Reds – missing only eight games, three due to COVID – and has helped keep 17 clean sheets in all competitions.

Time to get back into his stride was expected but five months on from his competitive return, and the Dutchman is showing he is ever closer to his formidable best.

Van Dijk has long operated at a top-class level this season, even as he refound his touch and match fitness and there can be no disputing his standing in world football.

And after a dominant display at the San Siro, Klopp was compelled to praise Van Dijk’s “remarkable” journey and acknowledge that he is not taken for granted, by his teammates or the fans.

Here are the manager’s words:

“I can look back to our last Premier League fixture, away to Burnley. It was a brilliant display of character and game management from the players.

“There were some big individual contributions as always, but it was the collective effort which meant we left one of the most difficult away trips with all three points.

“I do want to make a mention of our number four, our centre-half. The level Virgil has performed to this season has been incredible. When you factor in what he’s returning from, it’s even more remarkable.

“It was always clear, because the surgery was a complete success, that Virg would be absolutely fine medium and long term.

“But the truth is, given everything that happened the level he is at so quickly is a surprise, to be honest. Well, I’ll correct that: it would be a surprise were it not Virgil.

“I’d have to check but I think it’s been 16 clean sheets this season so far for games he’s been on the pitch for. Not conceding in a game isn’t the only marker for a defender’s form, but it is important.

“I only bring this up because I think there is sometimes a danger that certain players can be taken for granted. Externally I mean – never internally, we would not allow this. Often this is due to the expectation they’ve set themselves from previous performance levels or maybe a failure to appreciate that the role they’re performing benefits the team over themselves.

“As a manager and coaching staff, we never judge a player’s value on moments that go viral via social media clips. For every assist and goal there is a contribution and sacrifice elsewhere on the pitch that’s just as important. To have a successful team you must first have a balanced team.

“What distinguishes Liverpool supporters, in my view, is they have that knowledge and education to appreciate the players who sacrifice just as much as those who generate headlines. It’s so important in a successful team environment.”

* You can order a copy of the Liverpool vs. Norwich programme or subscribe here.