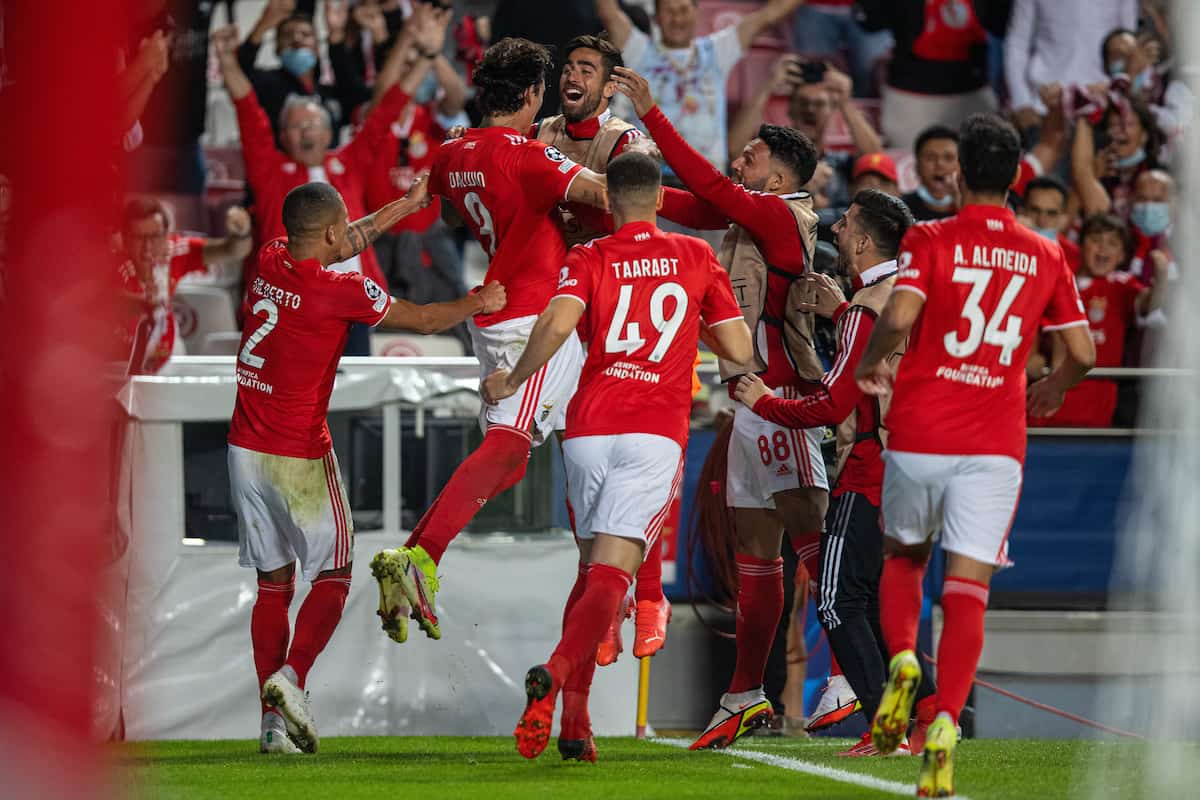 Ahead of Liverpool’s trip to Benfica for the Champions League quarter-finals, Jurgen Klopp was asked about their 27-goal striker Darwin Nunez.

The Reds head to the Estadio da Luz on Tuesday night, looking to gain a crucial advantage in the first leg of their quarter-final.

They will come up against a Benfica side littered with familiar faces, including Premier League alumni Nicolas Otamendi, Jan Vertonghen and Adel Taarabt, along with a player Klopp signed at Borussia Dortmund in Julian Weigl.

Arguably their biggest threat, however, is Uruguayan striker Nunez, who has already struck 27 goals in 34 games for Benfica this season.

The 22-year-old scored the deciding goal in the 3-2 aggregate win over Ajax in the last 16, as well as netting twice in the 3-0 victory over Barcelona in the group stage.

Liverpool were among 35 clubs with scouts in attendance that night against Barcelona, and have been linked with a move for Nunez in the future.

In his pre-match press conference on Monday, Klopp was asked about the danger Nunez poses, and the manager praised him as a “top, top boy” who is “not shy.”

“He’s not the only one, they have a really good team, I have to say, a really talented team and a good way to play,” he began, as quoted by the club’s official website.

“But, yes, he’s a good striker. The next one from Uruguay, I don’t know how they play together, Cavani, Suarez and him.

“In one team, that’s probably a challenge as well to put that in place.

“But, he’s a top, top boy. Yes, the goals he scored, obviously the one against Ajax in Amsterdam was massive, a big one.

“He did not start the last game, he came on at half-time because of coming back from international duty, so we expect him to start.

“We have to make sure he will not get a lot of balls.”

There is no suggestion, of course, that Liverpool will pursue a deal for Nunez in the future, particularly as they have recently strengthened the forward line with the addition of Luis Diaz.

However, with question marks over the futures of Roberto Firmino, Sadio Mane and, to a lesser extent, Mohamed Salah – who all see their contracts expire in 2023 – there will be a plan in place to reshuffle the attacking ranks.

Perhaps Nunez will be in place as a long-term target, with his progress at Benfica almost certain to be tracked.