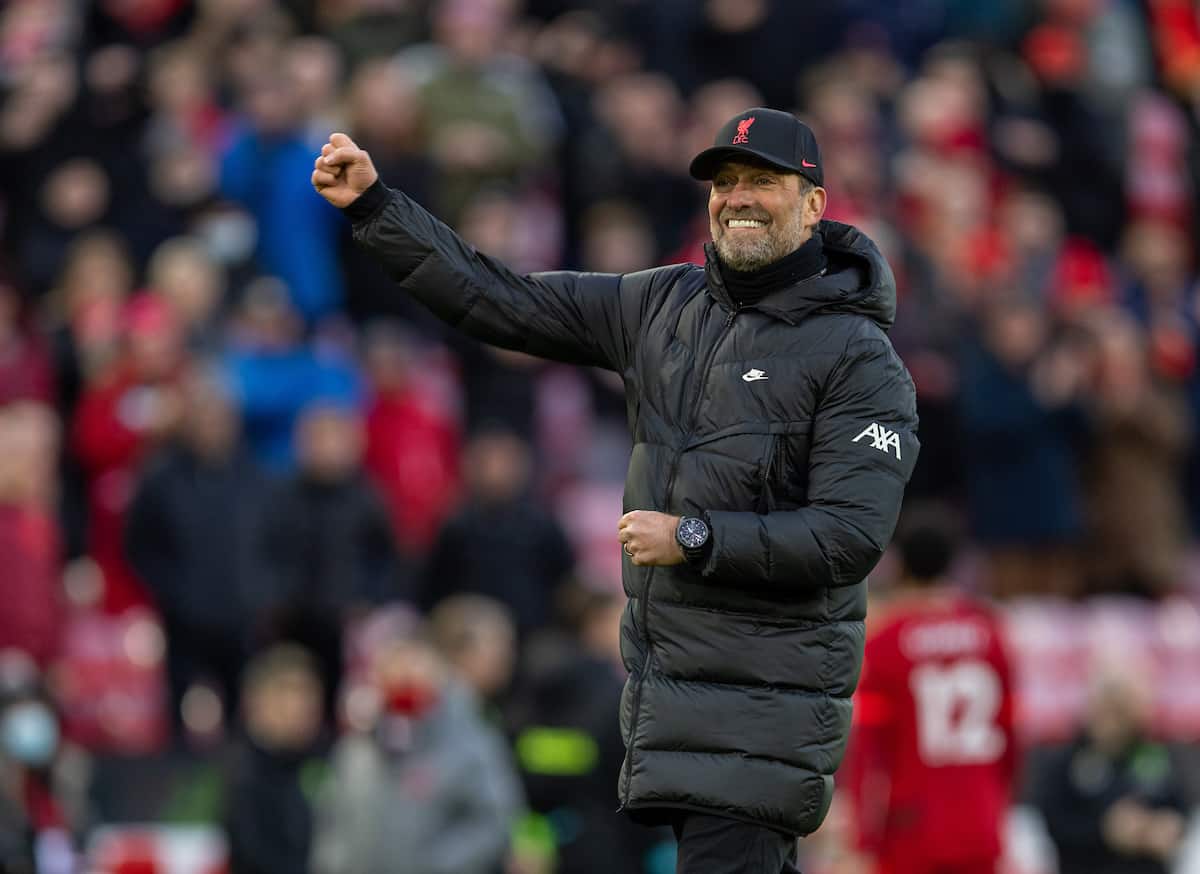 With West Ham tasting defeat at Anfield, another Premier League season will go by without the opposition doing the league double over Liverpool with Jurgen Klopp at the helm.

The Reds are 27 games into the season and have faced each of the league’s 19 teams, only twice ending up on the losing side.

Leicester and West Ham are both accredited with the feats on their own turf, but at Anfield, it was a different story as is readily the case with Liverpool.

But notably, Saturday presented a rare chance for the Hammers to complete a league double over the Reds following on from their 3-2 win back in November at the London Stadium.

It was not to be thanks to Sadio Mane‘s first-half strike, meaning it is no longer possible for any team to do the league double over Liverpool this season.

It has been the case since Klopp arrived, with no team having twice ended up on the winning side during a single top-flight campaign, talk about dominance.

As per club statistician Ged Rea, the last team to accomplish the feat was Man United in 2015/16 with Brendan Rodgers culpable for the first loss.

Considering Klopp has lost just 34 matches in 247 Premier League games, it leaves little opportunity for a team not to see Liverpool learn from their mistakes the first time around.

It has long been a strength under the German that the Reds respond in kind and are not handed the same lesson twice, seven years of results back that up.

And going the other way, Liverpool still have the chance to complete eight league doubles of their own in the remaining 11 games, with four already ticked off.