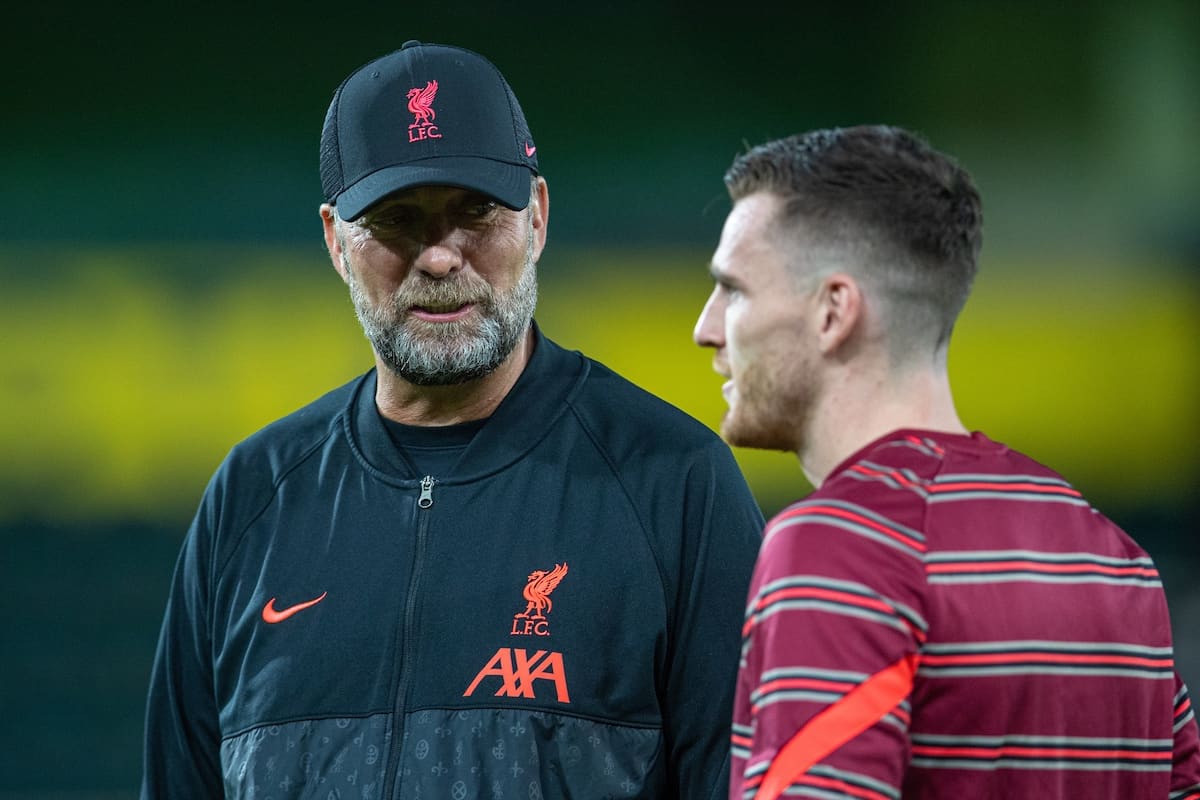 Jurgen Klopp will be required to make a tough call when it comes to who to include in his Liverpool squad for the League Cup final, with four players guaranteed to miss out.

Consider it the fourth priority or not, with the Reds now into the final of the League Cup, the priority will be to win it.

Liverpool are still on for a quadruple, and ahead of a continued challenge in the Premier League, Champions League and FA Cup, triumph at Wembley could be the perfect boost.

Against a Chelsea side likely to be as strong as possible, Klopp is expected to turn to his key players to start the final, despite largely relying on his squad throughout the tournament.

And with only 20 players able to be named for the clash, the manager faces a heartbreaking decision over who to leave out.

Friday afternoon saw a 24-man squad put through their paces at Kirkby, with youngster Jakub Ojrzynski – on loan at Caernarfon Town but training daily with his parent club – joining the first team for the session.

Absent was Diogo Jota, but it is claimed that the Portuguese should be fit enough to at least make the bench at Wembley.

With Jota effectively taking Ojrzynski’s place, and bar any other late fitness issues, Klopp will be required to cut four names from his group for the final.

Caoimhin Kelleher is the only confirmed starter so far, but unless the manager throws a curveball, Virgil van Dijk, Trent Alexander-Arnold, Fabinho, Thiago, Mohamed Salah and Sadio Mane are all guaranteed to join the Irishman.

That leaves four places in the starting lineup and nine on the bench, with the most likely XI seeing Joel Matip, Andy Robertson, Jordan Henderson and Luis Diaz also start.

Klopp’s decision, then, comes down to who he omits from his substitutes, with Joe Gomez, Curtis Jones, Alex Oxlade-Chamberlain, Divock Origi and Takumi Minamino the most feasible names to be cut.

All five have been shuffled in and out of a near full-strength squad in league and Europe in recent weeks, and the same could occur against Chelsea.

However, an added dilemma for the manager is that all five have played a key role on the road to Wembley, which could see him sacrifice the likes of Harvey Elliott or even Naby Keita.

There is also a decision to make over which goalkeeper serves as backup to Kelleher, with a case to argue for either Alisson or Adrian.

It will be a strange and sad situation for Klopp to find himself in, after having for so long been without a host of first-choice starters due to injury, and his decision will only become clear at 3.30pm on Sunday.