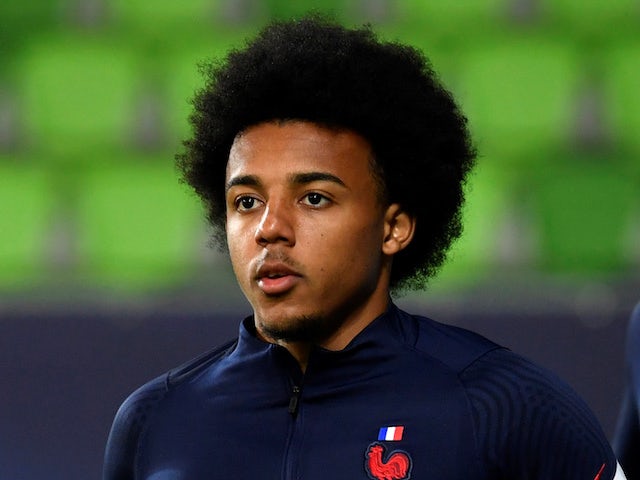 French centre-back Jules Kounde arrives in Barcelona for his medical ahead of a switch from Sevilla, according to a report.

Jules Kounde has reportedly touched down in Barcelona, with the centre-back preparing to undergo his medical with Xavi‘s side ahead of signing a long-term contract at Camp Nou.

The Frenchman was again in strong form for Julen Lopetegui‘s side during the 2021-22 campaign, making 44 appearances in all competitions, contributing three goals and one assist in the process.

Chelsea were believed to be on the verge of securing a deal for the defender last week, only for Barcelona to accelerate discussions with the 23-year-old at the final moment.

The Catalan outfit have allegedly agreed a transfer fee with Sevilla and personal terms with the player, who rejected interest from Chelsea following talks with Barcelona boss Xavi.

According to Italian journalist Fabrizio Romano, Kounde has now landed in Barcelona to undergo his medical examinations with the club.

Romano claims that the defender will then sign a long-term deal at Camp Nou, becoming the team’s fifth signing of the summer after Andreas Christensen, Franck Kessie, Raphinha and Robert Lewandowski.

Barcelona will allegedly pay in the region of €50m (£41.9m) plus add-ons for the Frenchman, and it is understood that Manchester City failed with a late bid for his services.

“Again, the player, I am sure, respects Sevilla FC. He is happy with us. In the case of Kounde, it is not a matter of money. It’s a matter of him wanting to play in a more competitive team than Sevilla FC,” he told Sport Witness.

“I am sure he is a player that is attractive for teams like Chelsea, FC Barcelona, Bayern Munich and these types of teams. He wants to play in a more competitive team.

“It’s the same case we had some years ago with [Clement] Lenglet. He was very happy, but he thought after playing some years at Sevilla FC, he was prepared to go to FC Barcelona.”

Kounde, who moved to Estadio Ramon from Bordeaux in July 2019, will leave Sevilla having made 133 appearances for the club in all competitions, contributing nine goals and three assists.

Barcelona have already boosted their centre-back options for the new season by bringing in Christensen, while Eric Garcia, Ronald Araujo and Gerard Pique are also present in a crowded area of the field.

However, there will be defensive outgoings at the club before the end of the window, with Samuel Umtiti and Oscar Mingueza expected to move on.

Barcelona’s financial situation means that they need to make a big sale this summer in order to register their new signings, but Frenkie de Jong is seemingly still resisting a move to Manchester United.