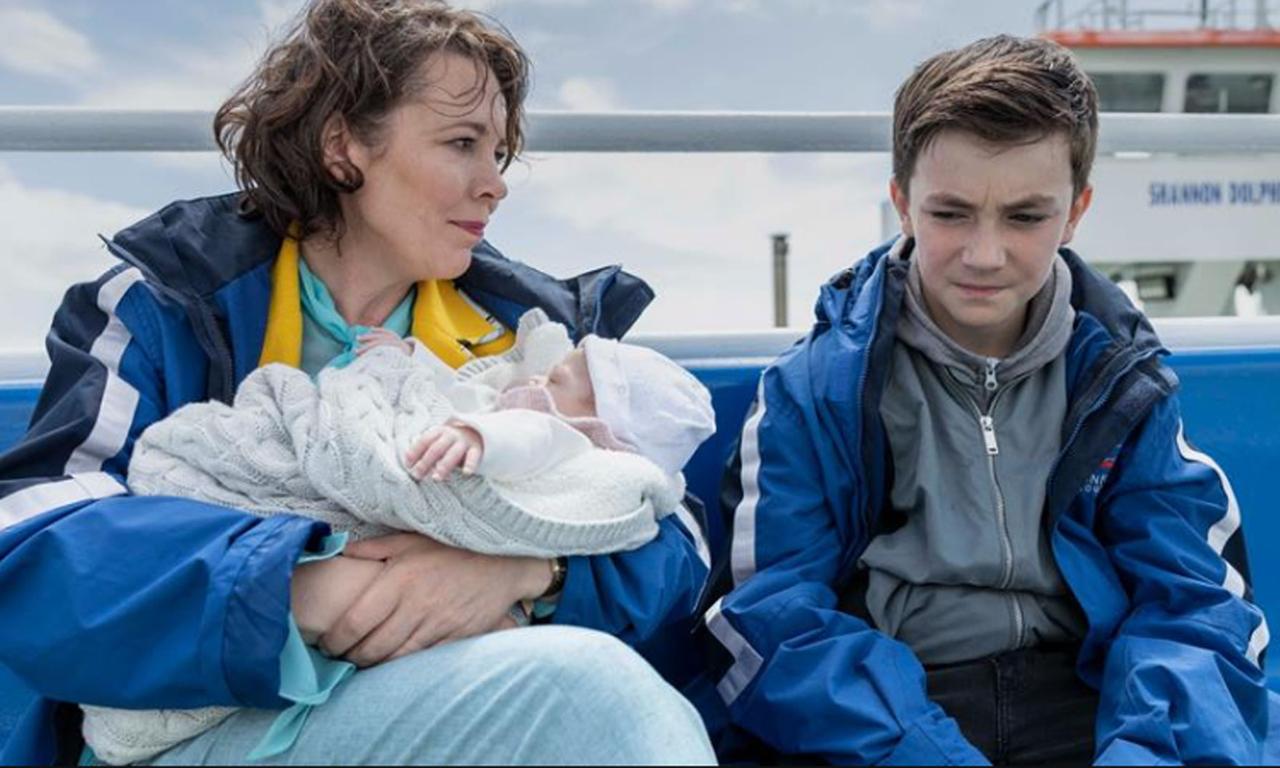 After an unexpected pregnancy, solicitor Joy (Olivia Colman) plans to give her child to her sister in the next town over in Kerry. There’s one small problem – the taxi that was supposed to take her there has been hijacked by Mully (Charlie Reid), a teenager on the run from his father (Lochlann Ó Mearáin) and in possession of a considerable sum of money meant for a charitable fund set up by his deceased mother…

If there’s one thing our national cinema is able to turn out with regularity, it’s road-trip comedies with bittersweet edges of drama. Most recently, 2019’s ‘The Last Right‘ saw Niamh Algar and Michiel Huisman cart a corpse around Ireland trying to get it to Rathlin Island. Before that, you had 2013’s ‘Jump‘, set in a post-Good Friday Agreement Belfast, which was edited by none other than Emer Reynolds – the director of ‘Joyride’, in her first feature-length fictional offering. Prior to this, Reynolds’ work took in two of the finest documentaries produced on this island – ‘Songs For While I’m Away‘, which charted the life and career of Phil Lynott, and ‘The Farthest‘, a moving road-trip documentary about the NASA Voyager and the people who built it.

In ‘Joyride’, Reynolds utilises her talents in documentary and editing by keeping the story moving as efficiently as possible and allowing moments of drama to seep in when needed. Olivia Colman is, of course, uniquely talented in that she can slip into comedy and drama in the blink of an eye and do both better than any other actor of her stature. Charlie Reid, though a newcomer, is able to keep himself afloat when paired next to Colman as he is for most of the movie. Here and there, there are small ripples of comedy and observational humour, but mostly, ‘Joyride’ is a story of people running away and coming back.

Indeed, what makes ‘Joyride’ quite jarring in places is how quickly it snaps between absolutely harrowing drama and breezy, flighty comedy in an instant. Moreover, you get the sense that ‘Joyride’ is a movie and a story that could have turned down either one of these laneways at any point and never come back from it. It’s to Reynolds’ credit that the film is able to weave in and out of them and still keep the thing moving along, but it can feel like it’s too much at times to get a handle on the sharp turns.

Still, ‘Joyride’ is a diverting road-trip comedy-drama and Kerry looks beautiful in the glorious sunshine. Olivia Colman once again demonstrates her mastery on screen, and Emer Reynolds’ efforts behind the camera will hopefully continue onwards. Though it might strain itself in places, and it’s not always as joyful as the name suggests, ‘Joyride’ is nevertheless a witty jaunt through the countryside with good company onboard.