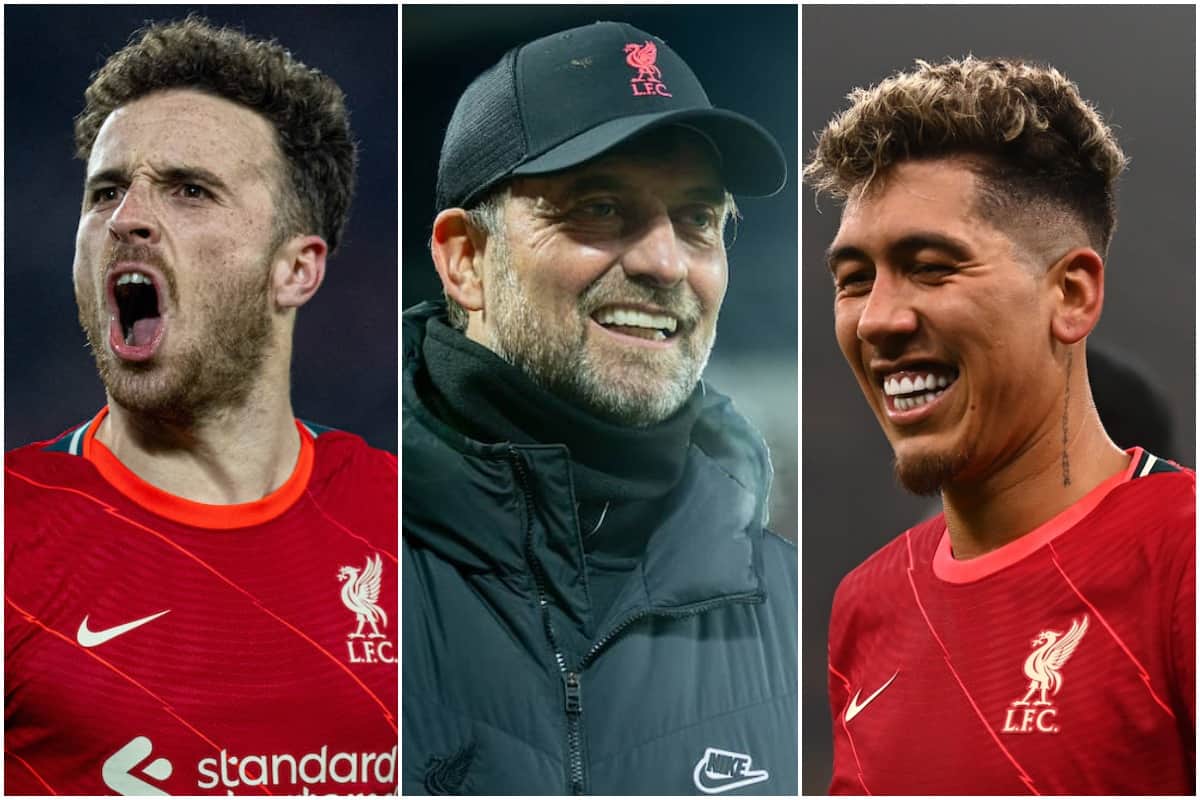 No Jota this weekend…and a TBD return

Don’t hold your breath over Jota for the Carabao Cup final, seems to be the message – it looks to be a flip of a coin.

Jurgen Klopp did definitively rule him out of the weekend encounter with Norwich, and made it clear it’s still a waiting job in terms of whether he can feature against Leeds or Chelsea next week.

“Not available [vs. Norwich], extent still not clear. Need further assessment. It’s something with some ligaments around the ankle, but not some others,” the boss explained.

“Everything is possible at the moment. Could go really quick, but the other way too. Everyone saw him in the boot, but that’s normal procedure.”

Fingers crossed of course that it’s nothing massive, and we know some ‘minor’ issues recently have tended to elongate into three-month absences – hopefully that isn’t the case here.

Best player on the planet.

Tonight is the Turin derby, Juve vs Torino! Or you’ve got Lille v Metz. Or you can sit in and watch planes landing on YouTube and listen to the wind outside.