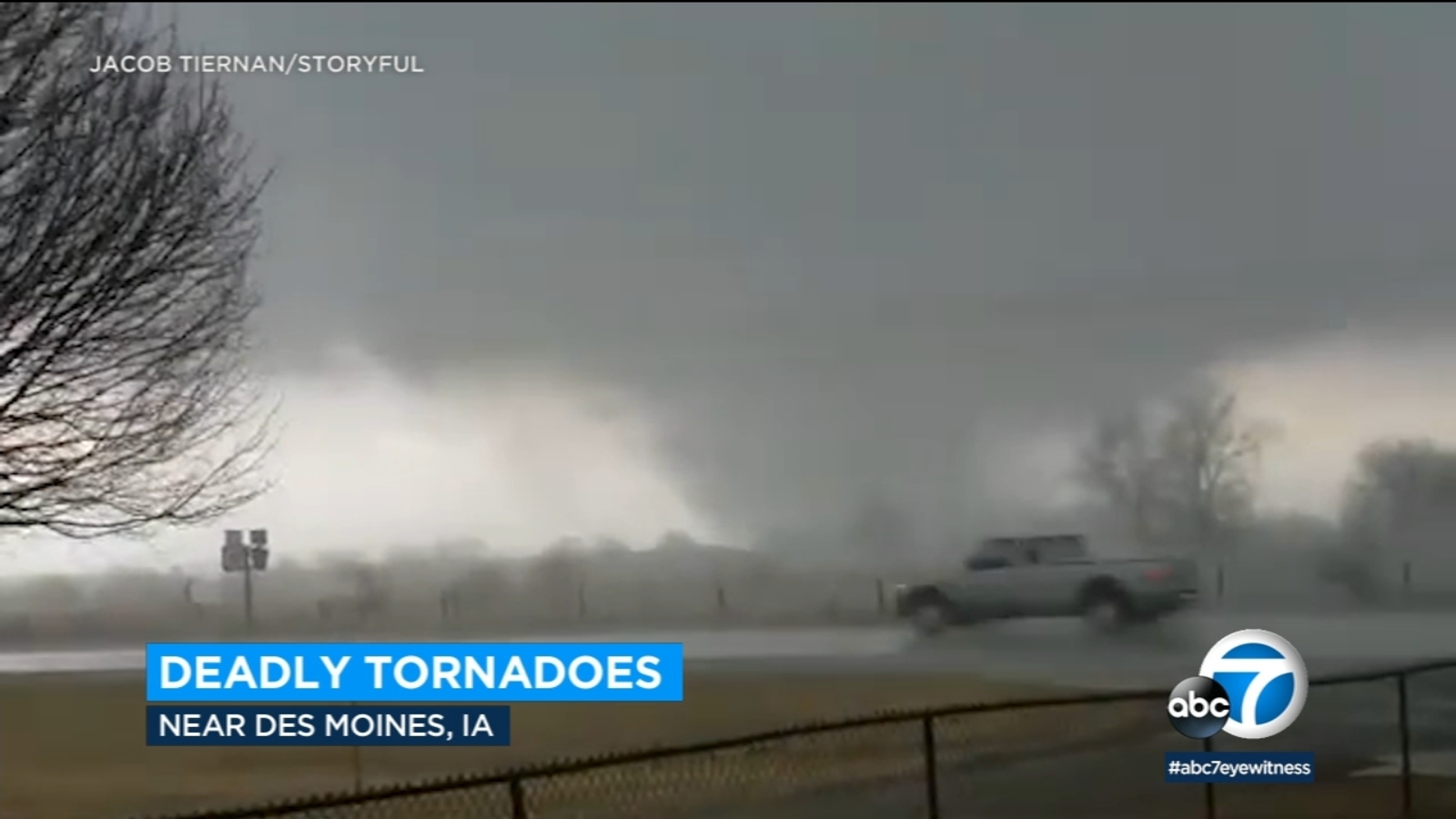 Emergency management officials in Madison County said four were injured in addition to those killed when the tornado touched down in the area southwest of Des Moines at about 4:30 p.m. Among those killed were children and adults.

“This is the worst anyone has seen in a very long time,” he said.

Officials didn’t identify those killed but said they were not all in the same location.

Wendy Burkett told the Des Moines Register she and two of her three daughters were in their house Saturday afternoon when her husband, Tony, called her from a nearby shed where he was working and alerted her about a tornado warning.

Burkett said she came outside and joined him in front of the house, looking down their driveway toward the southwest. “And then we saw it. The tornado,” she said. “There was debris flying around and it was getting louder and louder.”

They hurried with their daughters to their basement as the tornado roared by within seconds. As they clung to each other, a window shattered outwards and water began spewing from the pipes, she said.

But within about a minute, the tornado passed by, and while the family was unhurt, their home was in ruins amid debris all around, even in the trees.

The National Weather Service in Des Moines tweeted later Saturday that initial photos and videos from the damage around the community of Winterset suggested it was at least an EF-3 tornado, capable of causing severe damage, on the Enhanced Fujita scale. It said weather service teams would investigate the damage Sunday and further assess a potential rating.

Thunderstorms that spawned tornadoes moved through much of Iowa from the afternoon until Saturday night with storms also causing damage in the Des Moines suburb of Norwalk, areas just east of Des Moines and other areas of eastern Iowa.

Officials reported a number of homes were damaged, roads were blocked by downed lines and tree branches were shredded by the strong winds. Photos tweeted on social media showed downed trees, debris and damaged roofs and vehicles. At one point, power outages affected about 10,000 in the Des Moines area.