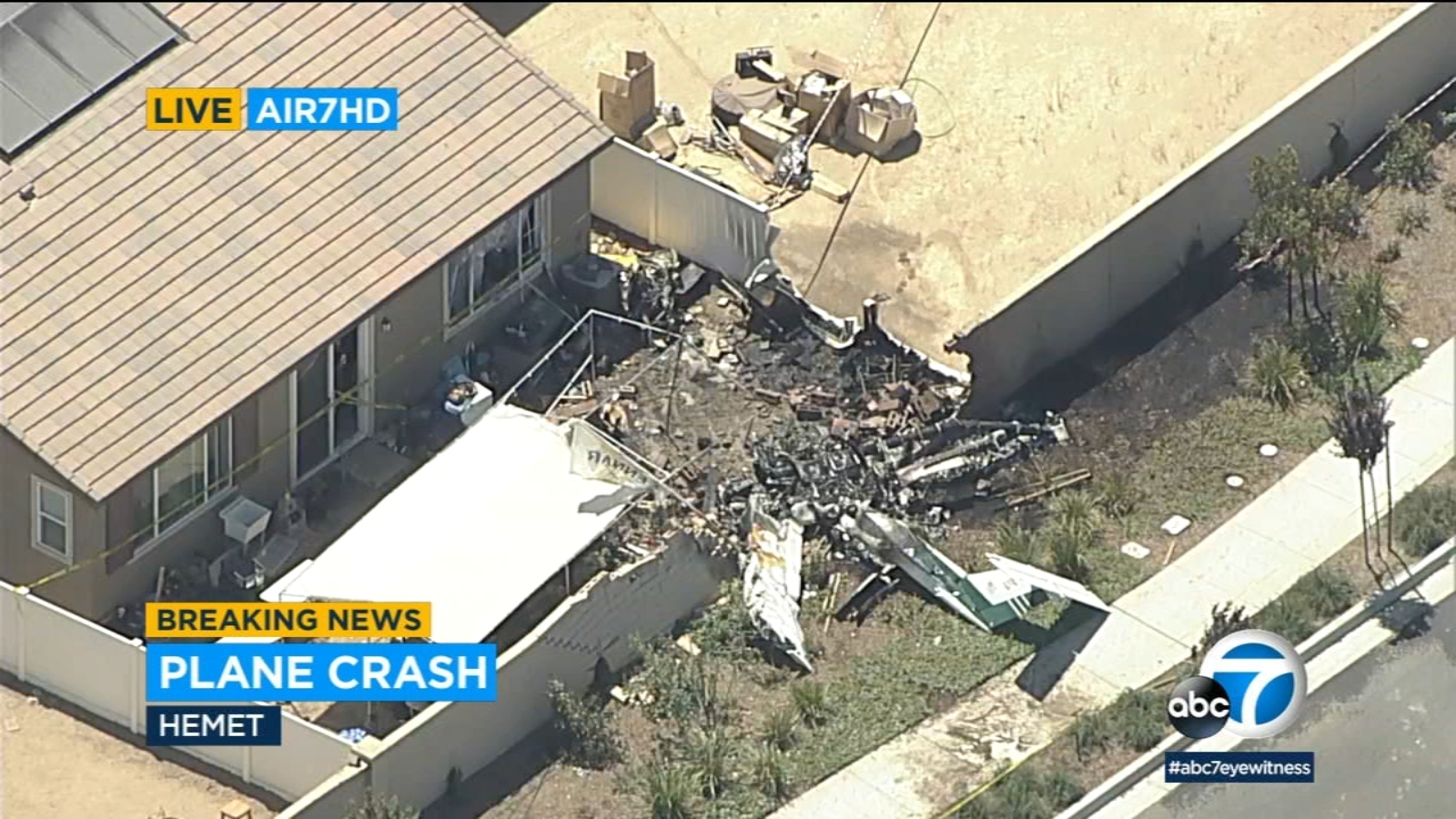 HEMET, Calif. (KABC) — Authorities responded to a plane that crashed into the backyard of a house in Hemet Monday morning.

It happened around 9:35 a.m. when authorities received calls regarding a plane crash into a home near the intersection of Warren Rd and Mustang Way.

The pilot was transported to a local hospital with serious injuries, authorities said.

AIR7 HD captured the scene, showing the small plane had ripped through a field before crashing into the wall of the backyard of the house.

The front end of the cockpit appeared to be completely destroyed.

Eyewitness News reached out to the Federal Aviation Administration for comment but has yet to receive a response.

This is a developing story. More details will be added to the story when they become available.