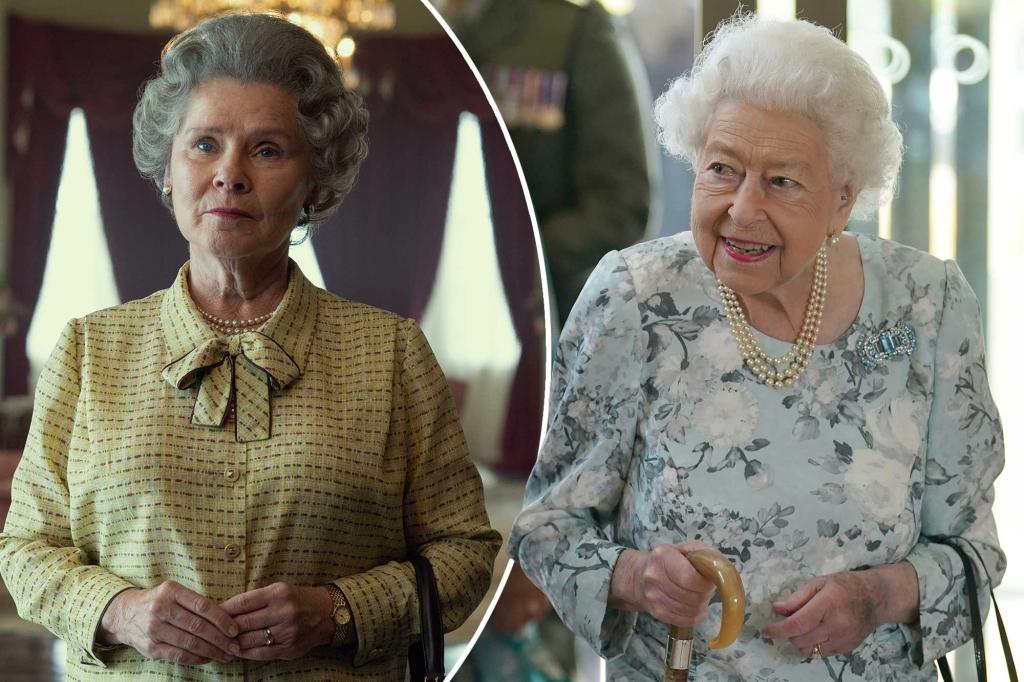 Producers of “The Crown” have their own “Operation London Bridge” in place for Queen Elizabeth’s death.

Operation London Bridge is the protocol, first written in the 1960s, that covers what will happen from the moment of the queen’s death: detailing everything from who should be told the news and in what order, to funeral arrangements, to how church bells will be rung (they will be muffled) to when Prince Charles would be pronounced king.

“We have our own version of Operation London Bridge,” a series insider told The Post. “This is particularly pertinent for if we are filming. Filming will shut down immediately if we are in production, for at least a week. There would also be lots of discussion about when to restart.”

Season 5 of “The Crown,” with actress Imelda Staunton playing Queen Elizabeth, is set to stream in November on Netflix, and a sixth season has been announced.

While Season 6 was supposed to end with the characters in 2002 — the year the queen lost both the Queen Mother and Princess Margaret — it’s now claimed that creator Peter Morgan is planning to wrap up with 2005, the year Charles married Camilla.

The Sun reported that this could open the door for a sequel featuring the stories of Prince William and Prince Harry.

“It’s a small but significant shift because it’s seen as marking the start of an era which becomes more focussed on Princes William and Harry and their father,” a TV insider said.

“The marriage of Charles and Camilla is treated like the end of one turbulent period in the Windsors’ story, and the start of a whole new one.”

Netflix is said to be pushing for Prince Harry and Meghan Markle’s docu-series to air soon after “The Crown” this fall.

“The Crown,” written by Peter Morgan, has a complicated relationship with the royal family. It is a show which humanized them to the world, but it also hasn’t held back from chronicling some of their worst behavior.

The first few seasons, which covered the early days of the queen’s reign and how her marriage to Prince Philip had to come second to her job, were generally praised and even managed to make people — including Morgan — more sympathetic to the queen and the sacrifices she had made.

“I came at it as completely anti-monarchist and I’ve turned around utterly. I’m a royalist now,” Morgan has said. “There’s something about the soul of a country that is somehow connected to the head of state. It’s quite clear that these people have no power at all. In fact, their powerlessness is the torch. We torment these people. We’re the villains, because we don’t know what we want from them.”