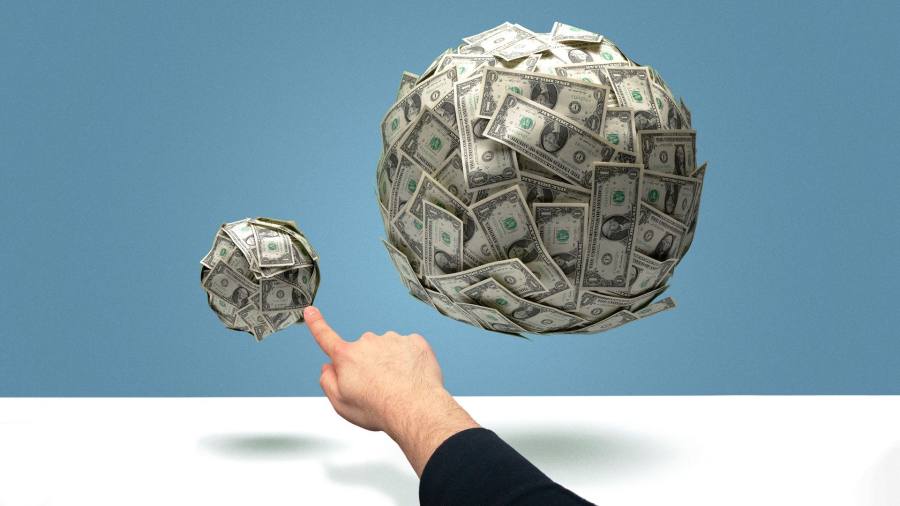 When I was a student, a friend of mine fantasised about earning £100 a day. It felt like an incomprehensibly large sum of money; he simply could not conceive of spending enough to exhaust such riches. This was almost 30 years ago — the equivalent fantasy today would be more than £200 a day. My friend, who lived with his parents, was simultaneously naive and wise. His dream income is about twice the average UK salary, several times the global average, and about a hundred times more than the global poverty line. How much does anyone truly need?

Economists have offered various answers over the years. In his famous essay Economic Possibilities for Our Grandchildren, John Maynard Keynes argued that, if incomes increased eightfold from 1930s levels, “the economic problem may be solved, or be at least within sight of solution”. Incomes have increased much as he anticipated, and yet no solution is in sight. That may be because, as Keynes also noted, there is an insatiable desire for needs which make us “feel superior to . . . our fellows”.

Just over a decade ago, Daniel Kahneman and Angus Deaton, each winners of the Nobel memorial prize in economics, found that $75,000 a year (more than $100,000 today — roughly my friend’s dream income) was enough to optimise day-to-day experiences. More money than that did nothing to reduce the amount of time people felt anxious, stressed or sad.

However, there is another measure of happiness: do people evaluate their lives as satisfactory? By this definition, Deaton and Kahneman found no limit to the uses of money: extra income, at any level, was correlated with higher levels of life satisfaction.

More recently, psychologists Paul Bain and Renata Bongiorno changed the focus: instead of asking how much money was enough, they invited survey participants to envisage their absolutely ideal life. Then they asked how much money would be required to achieve that life, if it came in the form of a lottery win. Those lottery prizes ranged from $10,000 (for those whose absolutely ideal life involves replacing the curtains and upholstery) to $100bn (for those whose absolutely ideal life involves a great deal of drama about buying Twitter). Most people, however, did not favour the top prize. A $10mn lottery prize was a popular choice.

Another is that people are as naive as my friend. They don’t realise that — after buying a nicer house and a nicer car, paying off their debts and setting up an ample pension — they would discover that they could really use another couple of million dollars.

The writer Malcolm Gladwell has another theory. As a guest on the No Such Thing As A Fish podcast, Gladwell argued that the problem with a hundred billion dollars is that you have unlimited choice. Simple decisions (pack a lunch, or buy a sandwich?) become impossibly complex (dine in Paris, or Copenhagen, or just have my personal chef prepare something on my plane?). Life is cognitively overwhelming.

Another problem, says Gladwell, is that all the challenge is removed from life. You like collecting stamps, or key rings, or Beanie Babies? Forget it! You can buy them all, before that lunch in Copenhagen if you wish.

My own take is slightly different. I don’t want $100bn, but cognitive overload is not the problem. I am fairly sure that billionaires are not overwhelmed by the prospect of lunch. And, while projects are important, they are also scalable. If you enjoyed collecting key rings, switch to collecting fine art: even with $100bn to spend, the project of establishing the world’s greatest private museum is likely to have legs.

The real problem is that being a multibillionaire would change your relationship with every other human being. Keynes knew that we often desire to feel a little “superior to our fellows” but, when the superiority becomes extreme, you become a target for kidnappers, terrorists, fraudsters and gold-diggers of every kind. Few of your relationships are likely to survive. Can you really trust those that do?

Bain and Buongiorno, the researchers who found that people would rather have $10mn than $100bn, argue that their result offers hope for sustainable development, because it suggests that people don’t have unlimited material wants. Perhaps.

I draw a different conclusion. The richest people in past societies had material wants which they could not satisfy, but which we can: air conditioning, air travel and antibiotics. Our descendants may well have material wants which we rarely even think of because they are beyond our grasp, from teleportation to eternal youth.

The best hope for sustainable development is not that we will stop desiring things we currently cannot have. It is that most of what we value is not a matter of money. My friend, with his fantasies of earning £100 a day, enjoyed drinking beer and listening to music with the rest of us. It was a convivial lifestyle. In contrast, life with $100bn must be so terribly lonely.