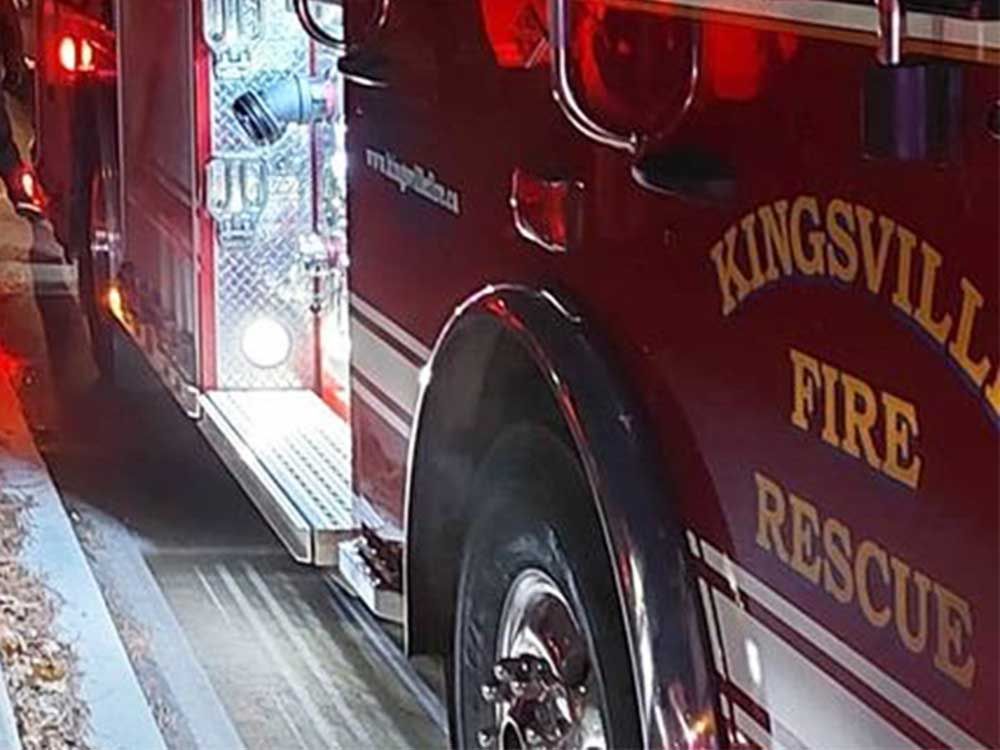 A fire at a home near the town of Essex temporarily shut down Talbot Road on Friday morning.

Essex County OPP announced just before 6 a.m. that County Road 34 had been closed between County Road 23 and Malden Road while emergency crews dealt with a structure fire.

Flames had been seen on the roof of a home on Talbot Road. Kingsville firefighters responded and arrived to find the fire in a ‘fully involved’ state.

A defensive approach was taken to the blaze, with water directed at the flames from an aerial apparatus.

As of 10 a.m., water streams were still being directed at the home, and the roadway remained closed.

No one was hurt.