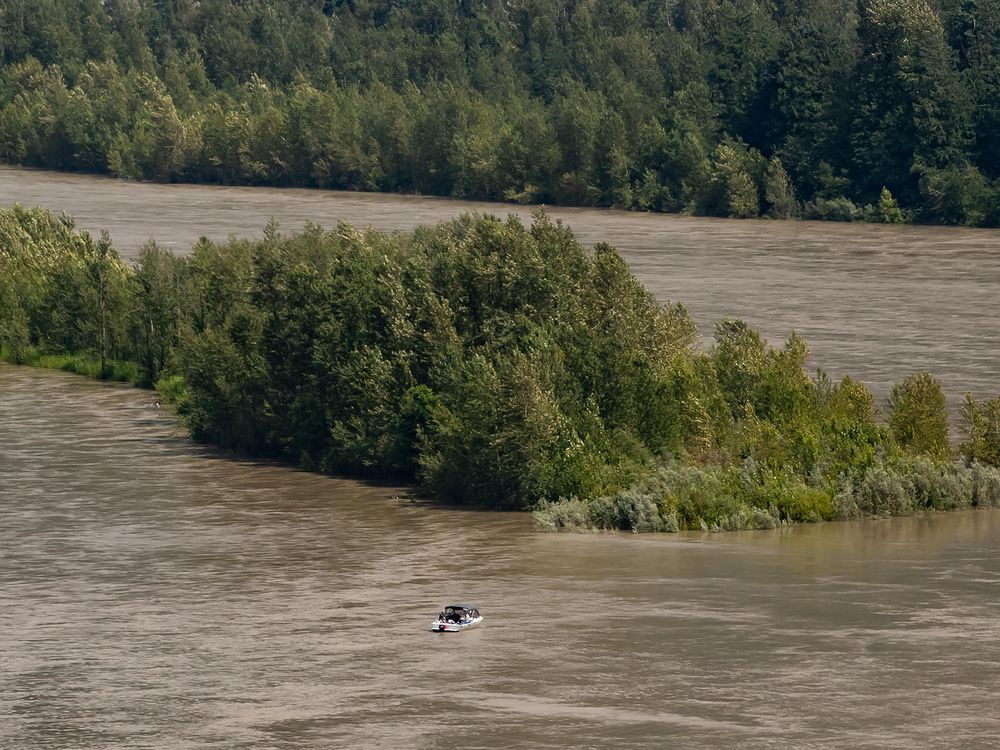 Increasing snowmelt and wet weather have led to a high streamflow advisory for several B.C. communities along the lower Fraser River River.

The River Forecast Centre says the advisory applies to areas from Quesnel downstream, including Big Bar, Boston Bar and the Fraser Valley from Hope to the ocean.

It says water flow in tributaries is expected to make its way to the lower Fraser at Hope and downstream through the weekend, while rain Thursday is expected to increase river flow and it may remain high over the next few weeks or even longer.

The advisory is the latest addition to a series of flood watches and warnings issued by the centre for rivers and their tributaries around the province.

A snow survey released Wednesday by the Ministry of Forests showing data from more than 100 weather stations indicates snow levels are well above normal, actually increasing from the assessment done in mid-May.

“All regions of the province with snow measurements have snow basin indexes greater than 140 per cent of normal, indicating significant risk throughout the B.C. Interior from snowmelt-related flooding,” the report says.

The report says normally about half the snowpack is melted by June 1, but cooler weather has delayed that by two to four weeks and just 19 per cent of the snowpack at the automated weather stations had melted.

The Stikine-area snowpack in northwest B.C. is 289 per cent of normal, the same area where a flood warning has been posted for the Liard River, flood watches are up for the Skeena and Bulkley rivers, and high streamflow advisories cover the Stikine and Swift rivers.

The River Forecast Centre says that over the next few weeks the lower Fraser River will remain vulnerable to extreme weather events, especially heavy rainfall or extreme heat. However, it says that while forecasts aren’t indicating extreme heat, unsettled weather with rain in the Interior is anticipated to continue.

“The public is advised to stay clear of the fast-flowing rivers and potentially unstable riverbanks during the high-streamflow period,” says the advisory.

The B.C. government is telling residents of flood-prone areas to be prepared for flooding, advising people to store valuable and important documents in watertight containers or on a tall shelf or upper floor.

It’s also asking people to understand that while no major flooding is expected as rivers start to rise, minor flooding in low-lying areas is possible.

The high streamflow advisory is the lowest of three levels issued by the River Forecast Centre. A flood watch follows an advisory and indicates river levels may exceed the bank and flooding could occur. A flood warning suggests an evacuation alert may be issued, followed by an evacuation order, meaning people must immediately leave their property.