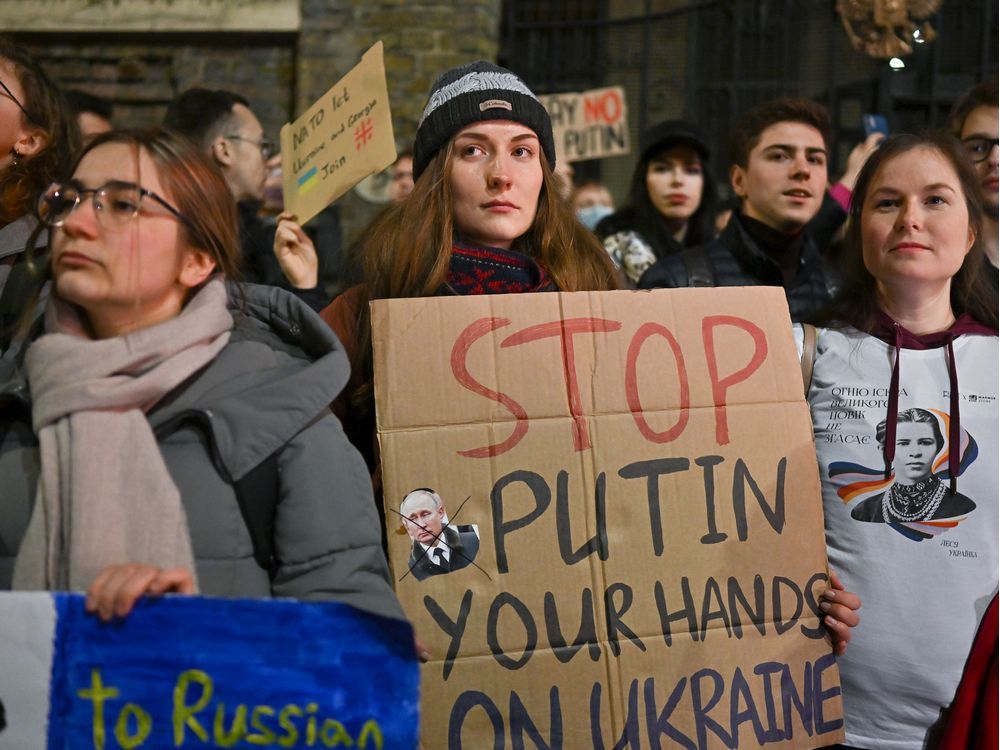 A number of local rallies have been organized to support Ukraine, including one Thursday afternoon and another on Saturday at the Vancouver Art Gallery.

British Columbians are rallying to show their support for Ukraine after Russia invaded the European country on Thursday.

The Ukrainian Canadian Congress B.C. has organized several rallies to show support for Ukraine. A car rally was held Wednesday in Vancouver, while two more rallies are being planned for Thursday at 12 p.m. and on Saturday at 1 p.m. at The Vancouver Art Gallery.

The Ivan Franko Ukrainian Centre in Richmond said, in a post on its website, that this invasion is the “gravest security crisis” Ukraine and Europe are facing since the Second World War.

Canada has announced it is imposing sanctions on Russia and will send up to 460 additional troops to join the approximately 800 already deployed in Europe as part of NATO.

How can B.C. residents help?

What are B.C. and Canadian leaders saying?

He called on Russia to immediately cease all hostile and provocative actions against Ukraine and withdraw all military and proxy forces from the country.

“Russia’s actions will be met with severe consequences,” said Trudeau, in a statement, adding he will be meeting Friday with G7 partners to respond to these “reckless and dangerous acts.”

“My thoughts go out to all Ukrainians who are worried about this unprovoked and unjustified attack by Russia. War always brings terrible loss of life and human suffering,” said Singh, in a statement Thursday. “We urge the Liberal government to use all tools to deter Putin’s aggressive actions, including by immediately imposing additional severe economic sanctions where it hurts Putin the most.”

This is a dark day.

Russia’s attack on Ukraine is an unprovoked war of aggression and must be condemned. I join the PM and allied nations in deploring this illegal and unjust war.

We stand with the people of Ukraine, and the many people in BC with family and friends there.

—with a file from The Canadian Press