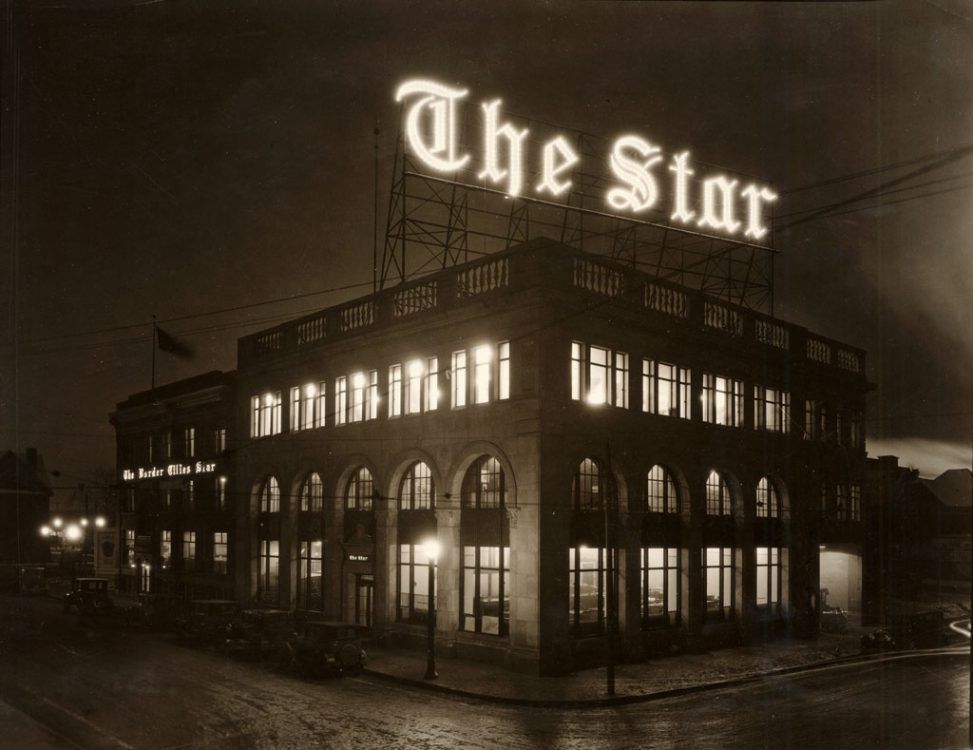 While researching through past articles in the Windsor Star on local 2SLGBTQAI history, I came across another Windsor first I feel all Windsorites should know and be proud.

Windsor was the first place in Canada to create a volunteer community-based council to oversee newspaper journalism.

It was founded by Carl Morgan in 1971 — a reporter for the Windsor Star who started in 1955 and eventually became the paper’s editor in 1977.

He publicly spoke about the importance of a press council and tried many times to start one on a provincial level. Frustrated with lack of interest provincially, he decided to create a local version based on the British format that had been created in 1962.

The newly created Windsor Press Council had a three-pronged approach; to consider unfair treatment from the Star, to consider complaints of a general nature of the content of the Star or to consider the actions of private or public bodies toward the Star, especially pertaining to the free flow of information.

The first council was made of five members from the Windsor Star and 11 from the community.

The goal of the first council was to have representation of public life of Windsor including religion, medical, labour, cultural, youth, business, plus a wide range of political thought.

Among them, 12 members were men and four were women. All were white except Dr. W. Kenneth Rock, a prominent physician in our area and a leader in the local Black community.

Valerie Kasurak was a second-generation Ukrainian who represented Canada on the United Nations Human Rights Commission, while Carl Zalev was a local lawyer who was very active in the Jewish community at the time. Also included was Diahne Martindale, the only woman who represented the Windsor Star. Edward Baillargeon was the president of the Windsor District Labour Council and Jim Monk was the youth representative being aged 19.

Later that same year, six other Ontario newspapers followed suit and created the Ontario Press Council. It was amalgamated into the National NewsMedia Council in 2015. The NNC website recognizes Windsor as being the first press council in Canada.

The first complaint the WPC had to deal with came on January 18th, 1972 from John Luck. His complaint was the Star refused an advertisement in the personal section of the paper even through it was successfully ran previously.

The council voted against him because they agreed with the Windsor Star that his “advertisement was an invitation to the public which…involved a type of building scheme not in the public interest.”

The first example of a grievance the council sided for was a complainant was from Windsor Gay Unity in 1973. Jim Davies and Steve Lough spoke on behalf of WGU.

The two argued they were discriminated against because they simply wanted to advertise a dance they were hosting. The Star refused to publish it. The name of the dance was entitled “Gay Dance.”

J. P. O’Callaghan, who was part of the WPC at the time and the editor of the Star, argued it was “not in good taste.” He concluded the Star “does not criticize the right of homosexuals to meet and entertain each other. But it does not feel that a newspaper is the place to advertise an event that society at large does not accept as normal behaviour.”

The council found the Star unfairly discriminated against WGU.

WGU also sent the same complaint to the OPC, but that body refused to hear the case because back in April they already made a judgement on a Gay magazine called Body Politic who wanted to advertise in the Toronto Star with the phrase “Body Politic, Gay Liberation Journal.” The verdict was the Toronto newspaper did discriminate, but could still refuse to run the ad.

Despite the decision, O’Callaghan ignored the WPC verdict.

Interesting enough, on April 2nd, 1976 after O’Callaghan left the paper, the WGU was able to get an advertisement for their “Gay Dance” published. But when they tried again in 1979 for their “Gay Valentine’s Dance” it was rejected again.

The Star would only publish it in the classified ads area.

The WGU, now headed by Harold Desmarais, made a formal complaint to both the Windsor Press Council and Ontario Press Council, arguing the 1976 ad had already been published. The Star responded stating they had made an error in judgement and conceded.

In 1978, the local press council was renamed the Windsor Media Council to include local radio and TV. This was also the first such body in Canada.

The Windsor Media Council lasted 27 years and became one of the most prestigious community groups to get involved with at the time. Unfortunately, the council ended in June, 1998. Nothing local ever replaced it.

Since its demise, the Windsor Star continued to be part of the Ontario Press Council until it was replaced by the National NewsMedia Council. This makes the Star the longest running media outlet to have a Press Council in Canada.

Walter Cassidy is a Walkerville high school teacher who also instructs at the University of Windsor’s Faculty of Education on how to teach LGBTQ students. He has done extensive research into local LGBTQ history.