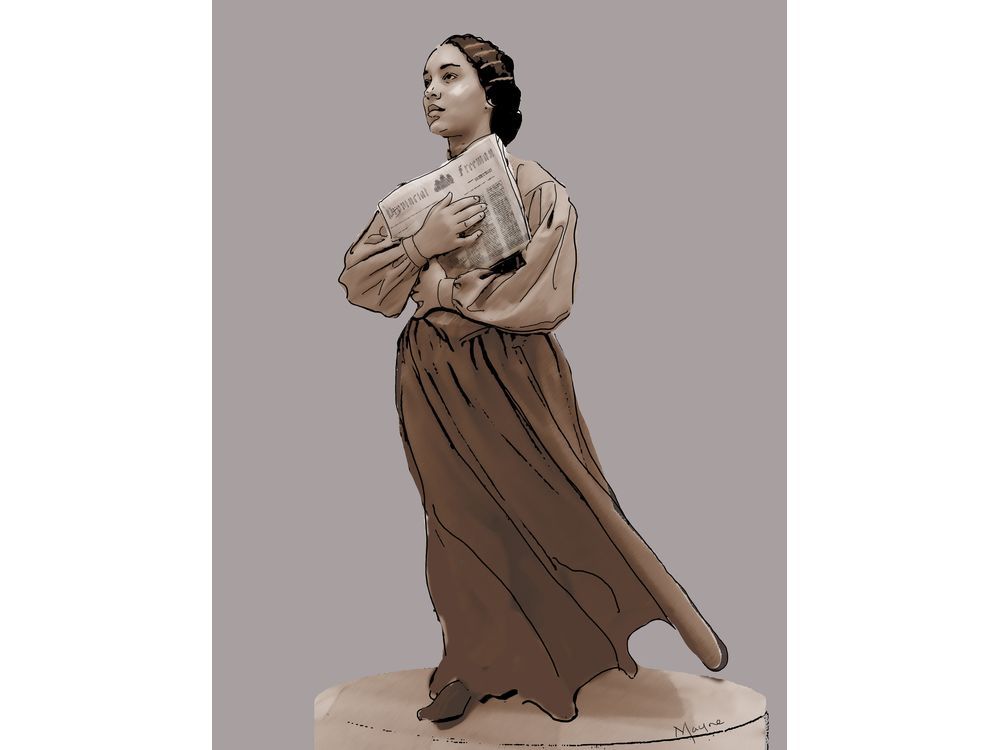 There are numerous names that figure significantly in Canadian and local Black history.

Many of those warrant recognition. Some of them are personally special to me.

Take, for example, the Chatham Coloured All-Stars — a baseball team that won the provincial championship in 1934.

Leaders of Canada’s so-called Baseball Hall of Fame cannot seem to get it through their collective craniums that this Chatham baseball team was successful despite often vicious abuse a dozen years or so before American Jackie Robinson broke the colour barrier and entered major league baseball.

Persons of colour have never had it easy even in our smug Canada. The Black community of Dresden, for example, had to fight for educational equality, often in unsympathetic courts.

Across Essex County, often villages had two elementary schools – one for white children and one for Black children.

Black history matters because so much of it involves remarkable people fighting for recognition, equality and respect. It is a battle that continues.

Among my personal favourite persons is one who pioneered not only the rights of Black residents of what is now Canada, but also was a leader in the fight for the rights of women. She was a lady who, after escaping from the U.S., spent a portion of her life promoting and defending rights for other refugee slaves.

Many years ago, I launched a fruitless campaign to have this remarkable lady recognized on a Canadian postage stamp. Canada Post stamp selection committee, at the time, was seemingly as indifferent to black heritage as, perhaps, the Baseball Hall of Fame.

She established a racially-integrated school for Black refugees in Windsor. She founded a newspaper and thus became Canada’s first female newspaper editor and publisher in the world.

Although born in a slave state (Delaware), she was one of 13 children of free parents (non-slave). To the credit of somebody in Canada, in 1994 Mary Ann Shadd was designated a Person of Historic Significance in Canada. A school in Toronto bears her name.

As early as September, 1851, Mary Ann Shadd attended the first North American Convention of Coloured Freemen held outside of the United States at St Lawrence Hall in Toronto.

The event was presided over by Henry Bibb and Josiah Henson. The latter was the spiritual founder of the black settlement at Dawn in Kent County.

Later many Dawn settlers moved to a better location on the Sydenham River at what is now Dresden.

Henry Walton Bibb was born an American slave. After escaping slavery to Canada, he founded an abolitionist newspaper, “Voice of the Fugitive.” Like Mary Ann Shadd he eventually returned to the U.S. and lectured against slavery.

Shadd’s weekly newspaper “The Provincial Freeman” first appeared in 1853. After years in Chatham as a teacher, she returned to the U.S. to campaign for recruits for the Union Army. Moreover, she began studying law and graduated as the first Black woman with a law degree in 1883.

She eventually taught law at Howard University in Washington D.C.

Locally, there are many recent Black leaders who I feel warrant more recognition. Two persons among many, in particular.

My late friend and colleague Howard McCurdy. This exceptional man on one evening I recall sprawled upon our living room floor as I introduced and played for him the sounds of South African gum-boot performers. Howard was a success as a professor and politician. At the very least, a school should be named after him.

Another prominent local Black leader with intense feelings about Black history and heritage is Elise Harding-Davis. From my perspective, she has also been a marvelous volunteer contributor at our community’s ElderCollege through her course offerings and vivacious spirit.

Black history matters because it is an integral component of our complex Canada. Let’s all celebrate Black History Month.

Lloyd Brown-John is a University of Windsor professor emeritus of political science. He can be reached at lbj@uwindsor.ca.