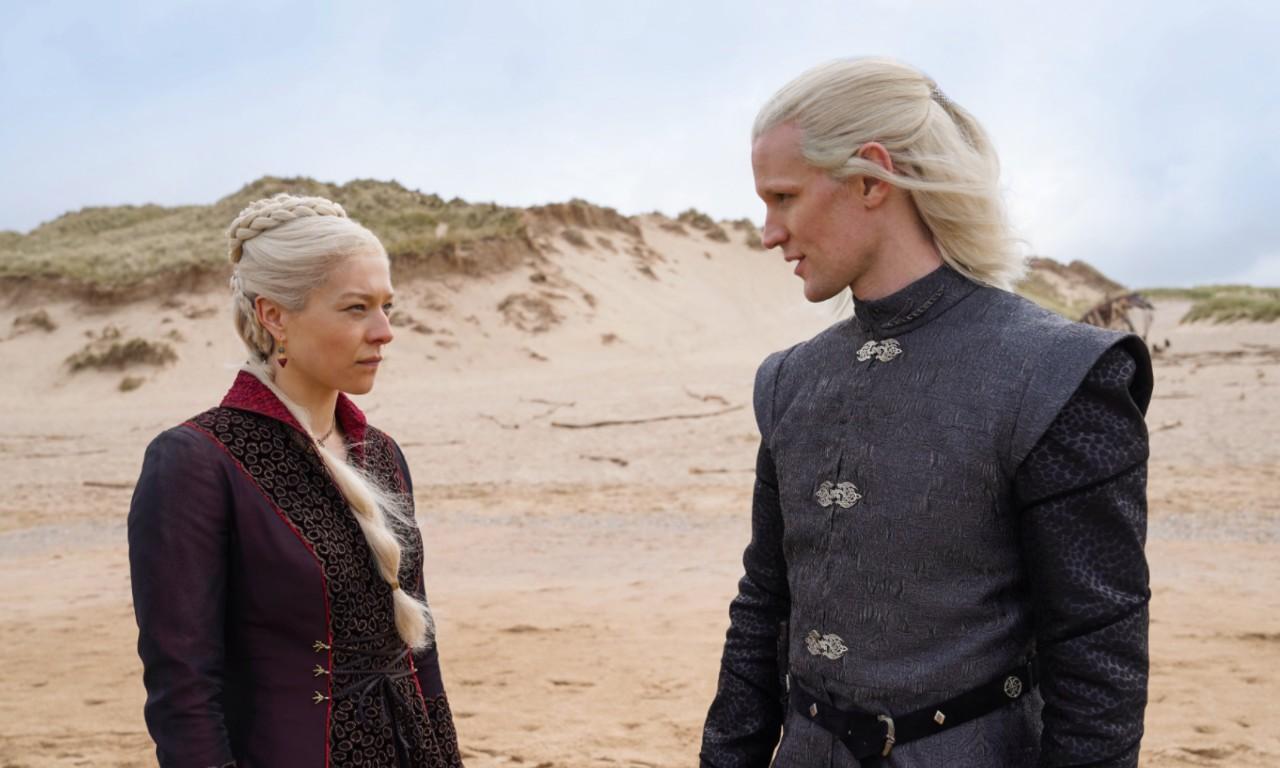 The acclaimed author and creator of Westeros himself has announced that filming has finished for the highly-anticipated ‘Game of Thrones’ prequel.

“Exciting news out of London — I am informed that shooting has wrapped for the first season of ‘House of the Dragon,” Martin wrote on his blog. “Yes, all 10 episodes. I have seen rough cuts of a few of them, and I’m loving them. Of course, a lot more work needs to be done. Special effects, colour timing, score, all the post production work. But the writing, the directing, the acting all look terrific. I hope you will like them as much as I do.”

‘House of the Dragon will apparently still air sometime in 2022. But it remains unclear as to when we’ll see the series finally make its television debut.

Martin continued his blog post by saying, “So when will you get to see it, you ask? When will the dragons dance? I wish I could tell you. Lots of work remains to be done, as I said, and COVID makes planning difficult. This spring? Unlikely. Maybe summer? Could be. Fall? Who knows? You’ll know when we do.

With Martin’s history of taking his sweet time with his novels, he’s probably not the best person to be announcing when the series will release. Let’s hope for Autumn which looks most likely at this point.

The show got its first trailer at the tail end of last year, exciting many fans in the process. A return to Westeros on screen has been eagerly awaited since the disappointing end to ‘Game of Thrones’ eight and final season in 2019.

Showrunner Miguel Sapochnik said that the prequel series will have a “different tone” to its predecessor.

“We’ll be lucky if we ever come close to what the original show was, so we’re just putting our heads down and getting on with it and hoping what we come up with is worthy of having a ‘Game of Thrones’ title.”