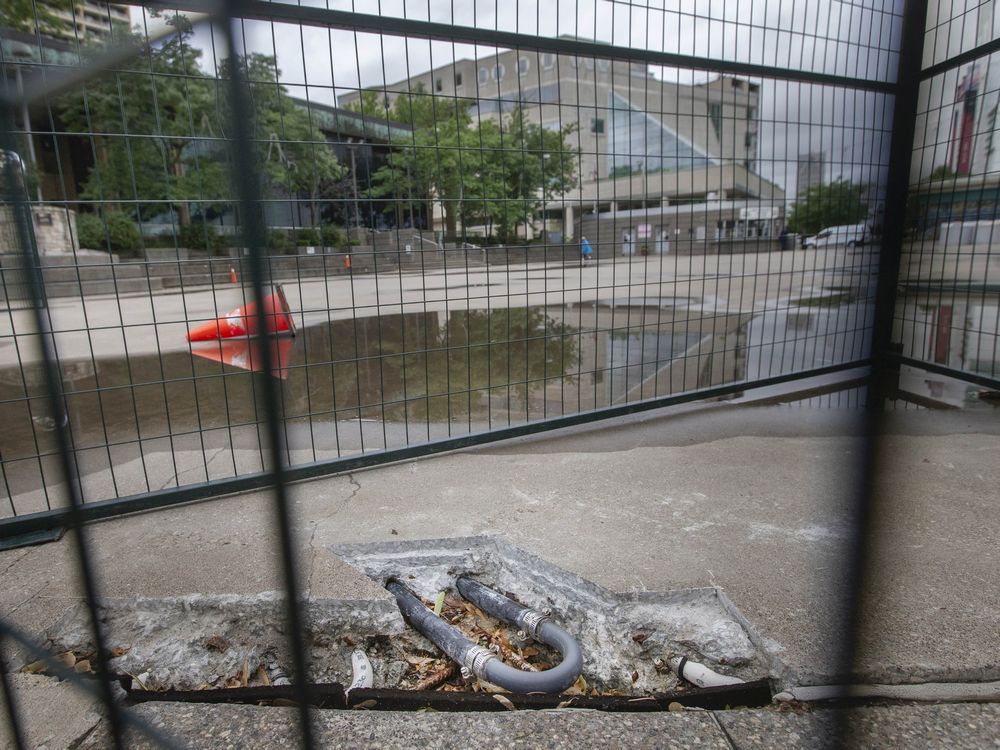 Whether Windsor’s downtown outdoor ice rink will ever host skaters again is up for council consideration next week.

Charles Clark Square is in a state of disrepair and would need its entire rink surface replaced for roughly $1 million in order to open this December, a city staff report says.

But that’s not council’s only option. The nearly 26-year-old rink could instead be decommissioned and replaced by a new $4-million rink just north of city hall. That would make it the first phase of a civic square and esplanade project, the preliminary plans for which emerged in 2014 to replace the old city hall building.

Weather conditions have caused the Charles Clark Square rink “to develop leaks over the years, and those continue,” Jen Knights, the city’s executive director of recreation and culture, told the Star.

Repairing those leaks requires detecting them in the off-season and then testing the system to make sure there are no other leaks. The rink set-up makes the task a challenge “based on where the piping sits in the concrete and how the different types of pipes sit adjacent to each other,” Knights said. Repairs involve “a lot of hand excavation” to find a single leak — then the process repeats.

Although five leaks were repaired this spring at a cost of $3,000 a piece, additional leaks are still evident, the staff report says. How many remain is unknown and can only be determined through further exploratory excavation, with repair costs difficult to estimate.

“This has been continuing for the past several years, which is why we’re going to council with the recommendation that we look at having a consultant work on a design for a new rink moving forward.”

Council is being asked on Monday to approve $300,000 in funding from the city hall square and civic esplanade project to hire a consultant immediately to begin those designs. The new “multi-use feature” would be designed as a year-round gathering space, the report said.

Should council approve, Knights said it would likely be another six months before the project would go to tender. A new rink with basic infrastructure, a small building to house ice resurfacing equipment, limited hardscaping, and limited lead walks for access would take at least a year to build after that.

In addition to the rink and for added cost, the “future vision includes an area for public celebrations and announcements, seating, washrooms and concession opportunities while incorporating historical elements including the former military barracks,” the report said.

Since 2010, the city has invested more than $360,000 in the Charles Clark Square rink, mainly for repairs. That also includes the $56,000 spent in 2013 to install synthetic ice in an attempt to save operating and maintenance costs — an unsuccessful project that ultimately saw the rink surface reverted back to a traditional refrigerated ice pad.