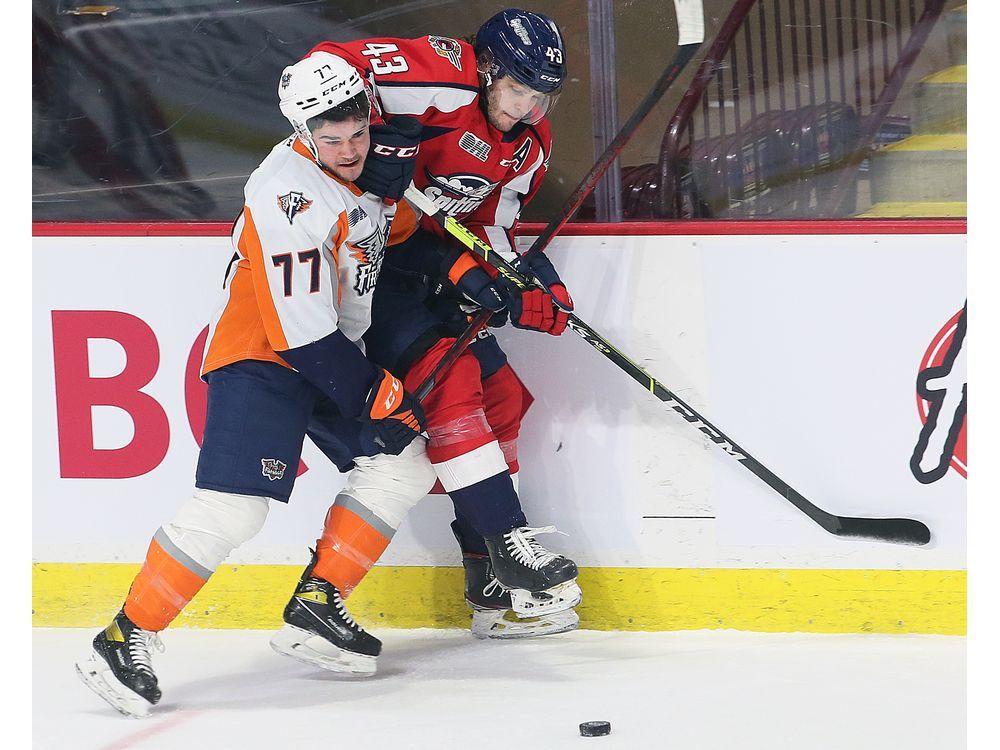 The Flint Firebirds finally have a win against the Windsor Spitfires this season.

It took six games and eight rounds of a shootout on Saturday with the Firebirds emerging with a 3-2 win over the Spitfires before 2,865 at the Dort Financial Center.

The West Division-leading Firebirds had dropped the first five meetings with the Spitfires this season and teetered on the edge of dropping another on Saturday.

The Spitfires led by a single goal on two occasions, but Flint battled back to tie the game each time.

Rookie Ryan Abraham opened the scoring 91 seconds in the second period, but Flint tied it on a goal by Tag Bertuzzi.

Will Cuylle made it 2-1 for Windsor, but Riley Piercey pulled the Firebirds even with a power-play goal late in the second period.

Daniel D’Amico scored in the second round of the shootout to put Windsor ahead, but Flint’s Sahil Panwar scored in the third round to extend the shootout and the Firebirds finally won it in the eighth round on a goal by Samuel Assinewai.

The Firebirds now hold a seven-point lead on the Spitfires, who hold four games in hand on Flint.

The Spitfires return to action on Monday against the Saginaw Spirit at the WFCU Centre. Game time is 2:05 p.m.

Overtime: No scoring. Penalties: None.