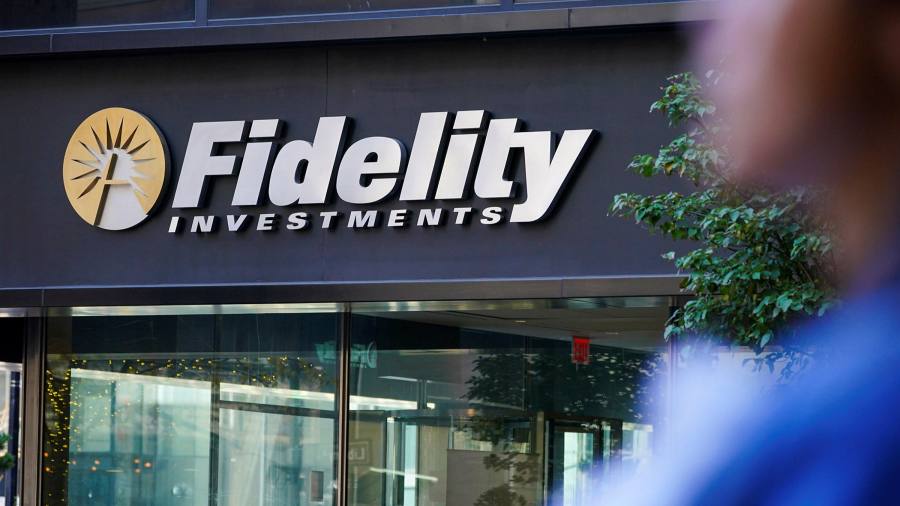 Geode’s breakneck growth — it has more than doubled in size over the past two years — has helped Fidelity leapfrog its Boston neighbour State Street Global Advisors to become the world’s third-biggest money manager, with assets of $4.5tn at the end of last year, according to a person familiar with the matter. SSGA ended 2021 at $4.1tn.

“It’s a meaningful moment for the broader world of asset management and in terms of a pair of Boston-based rivals,” said Ben Johnson, an analyst at Morningstar. “For a long period of time, indexing was antithetical for everything that Fidelity stood for.”

Cheap, passive investment vehicles, such as index mutual funds and exchange traded funds that simply track a benchmark, have seized swaths of the money management market over the past two decades, with overall assets jumping to nearly $20tn last year, according to Morningstar.

Although traditional, actively managed equity funds enjoyed one of their best years for inflows on record in 2021, they continue to lose ground to index funds. So far this year, active funds have taken in barely a fraction of the $104bn that passive vehicles have attracted, according to data provider EPFR.

Despite being a latecomer to index funds, Geode’s explosive growth highlights how Fidelity chief executive Abigail Johnson has moved aggressively to make up for the group’s initial distaste for passive investing by slashing fees and launching a flurry of products to compete with the likes of BlackRock and Vanguard.

“They are an under-the-radar index fund heavyweight,” said Todd Rosenbluth, head of ETF and mutual fund research at CFRA. “People still think of Fidelity for stockpicking. But its index funds have been gaining ground.”

Geode initially started out as a computer-driven investment boutique that managed some of the wealth of Fidelity’s founding Johnson family and other top executives, but was spun out as a subsidiary in 2003 and started handling Fidelity’s own suite of index funds. It operates independently out of a separate but nearby office building on Boston’s Summer Street and manages Fidelity’s passive funds as a sub-adviser.

Despite the heft of Fidelity, its index funds had languished as an underperforming and ignored part of the investment group’s broader empire, which has historically been dominated by traditional, stockpicking mutual fund managers such as Gerald Tsai in the 1960s, Peter Lynch in the 1980s and more recently William Danoff.

Edward “Ned” Johnson, the son of Fidelity’s founder and the person responsible for turning it into one of the industry’s giants, once famously observed to the Boston Globe that he was sceptical that index funds would ever take off. “I can’t believe that the great mass of investors are going to be satisfied with just receiving average returns. The name of the game is to be the best,” he said.

However, Fidelity has changed its approach dramatically under Abigail Johnson. In 2016, it ditched the “Spartan” brand that its index funds were marketed under to sell them as Fidelity products. In 2018, the investment group severely rattled the shares of listed asset managers by unveiling the first ever zero-fee index funds, undercutting even Vanguard.

“Every business house has to change,” Fidelity’s chief executive told the Financial Times in a 2019 interview. “If you don’t change, you’re by definition either on your way to atrophy or you are atrophying. The world changes. You have to evolve your business and challenge yourself to say, ‘Where are things going?’”

Geode is also gaining ground within Fidelity. By the end of last year, Geode accounted for 22 per cent of Fidelity’s assets under management, up from around 14 per cent in 2017.

Geode shuttered its quantitative hedge fund business last year, after reports of big losses in 2020, and is transferring most of its remaining “quant” strategies to Fidelity, which will leave Geode as an almost entirely passive investment business.

Matt Nevins, Geode’s general counsel, said that the group would continue to manage some commodity and option strategies, but confirmed that passive funds are its “primary area of focus”.

Its senior executives are a mix of Fidelity stalwarts and outside hires from rivals. Diane Hsiung, Geode’s chief investment officer for index and ETF strategies, joined from BlackRock in 2019, but its chief executive Bob Minicus is a Fidelity veteran who joined last year.

“They have made significant investments in both personnel and systems in recent years to get up to world class standing in systems, processes and personnel, which arguably, given the recent growth, was an investment that was probably somewhat overdue,” said Morningstar’s Johnson.