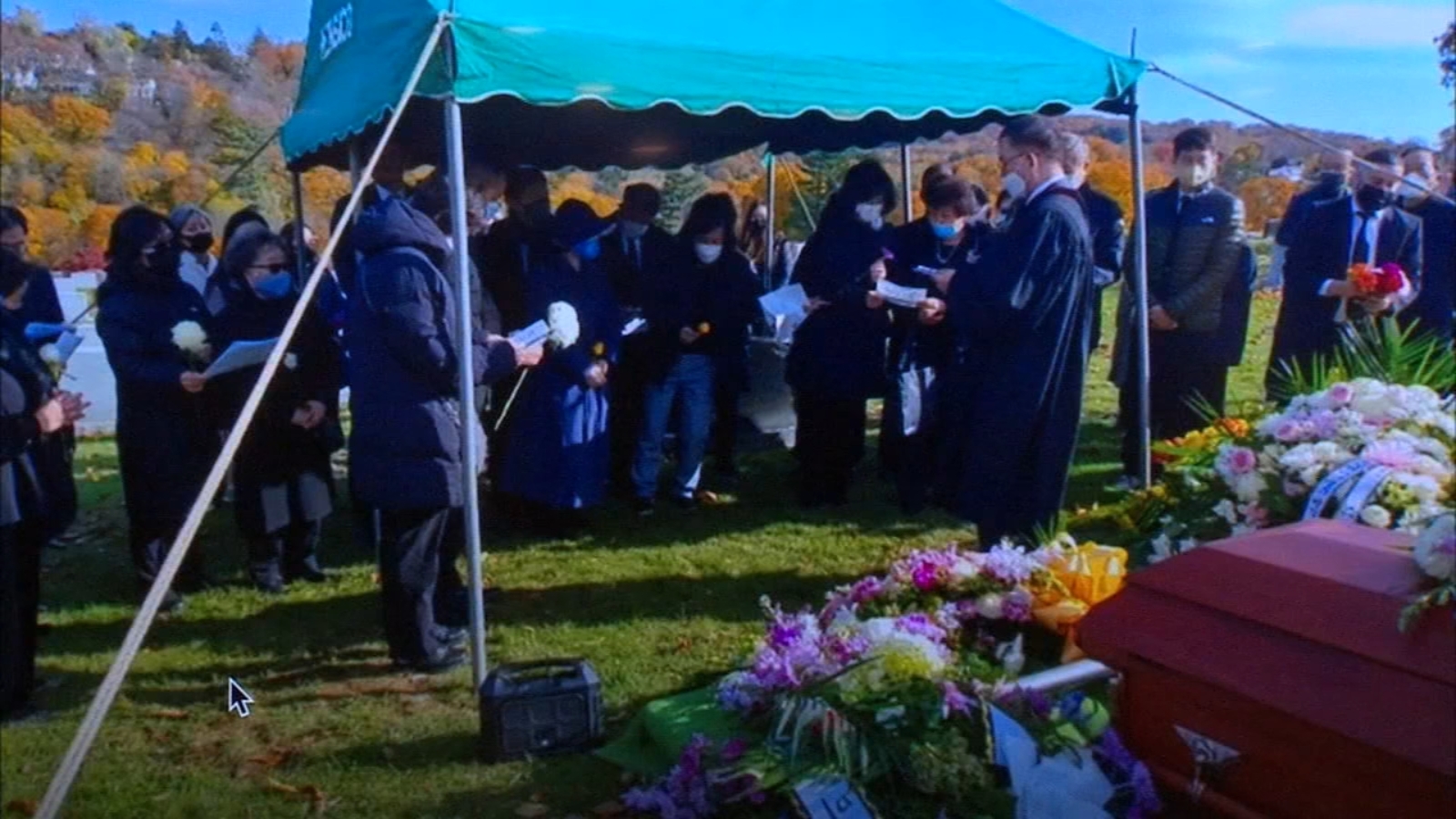 FORT LEE, New Jersey — A family is suing a funeral home after it was revealed mid-ceremony that their loved one wasn’t the person inside the casket.

The family of 93-year-old Kyung Ja Kim has filed a $50 million lawsuit against the Central Funeral Home of New Jersey and Blackley Funeral Home and Cremation Services, Inc. of Ridgefield for putting another woman’s body inside of their mother’s casket.

Kyung Ja passed away in November 2021 and her body was taken by the funeral home to be prepared for a traditional Korean funeral that was to be held three days later.

The service was to take place at Promise Church in Leonia, New Jersey, a church her family says she helped establish.

But daughter Kummi Kim noticed something was off right away.

“At the church when she opened the casket I told them this is not my mom she was so much younger looking,” daughter Kummi Kim said.

The funeral home even dressed the other woman in Kyung Ja’s clothing, according to the lawsuit.

But the funeral home employee reassured Kim that it was her mother and the ceremony continued.

It wasn’t until the casket was halfway into the grave site in Valhalla, New York that funeral home employees alerted the family of their mistake.

“Without saying another word she ran away from the cemetery right that minute,” Kummi said. “People just saw me collapsing down. No one was really sure what was going and they figured it out when I collapsed.”

Kummi said because of the mistake they weren’t able to give her mother the proper church service she wanted and feels guilty for the rushed service the following day.

“She said she’d prepare my mother soon and we’d have her that afternoon, but it was pouring rain so it had to be postponed to Sunday,” Kummi said. “We couldn’t have a real church service. No other friends or church members could come. It’s not her wish. She wished everything could be done at the church and say goodbye the proper way to friends and church members.”

Kummi said after the ordeal they reached out to the family of the woman who was in her mother’s casket.

“They couldn’t do open casket for the other family, because she had already started to decay,” Kummi said. “We are really two victims. Not only my mom but the other victim.”

Kyung Ja’s family said any money that they win in the lawsuit will be donated to the church their mother attended in her honor.