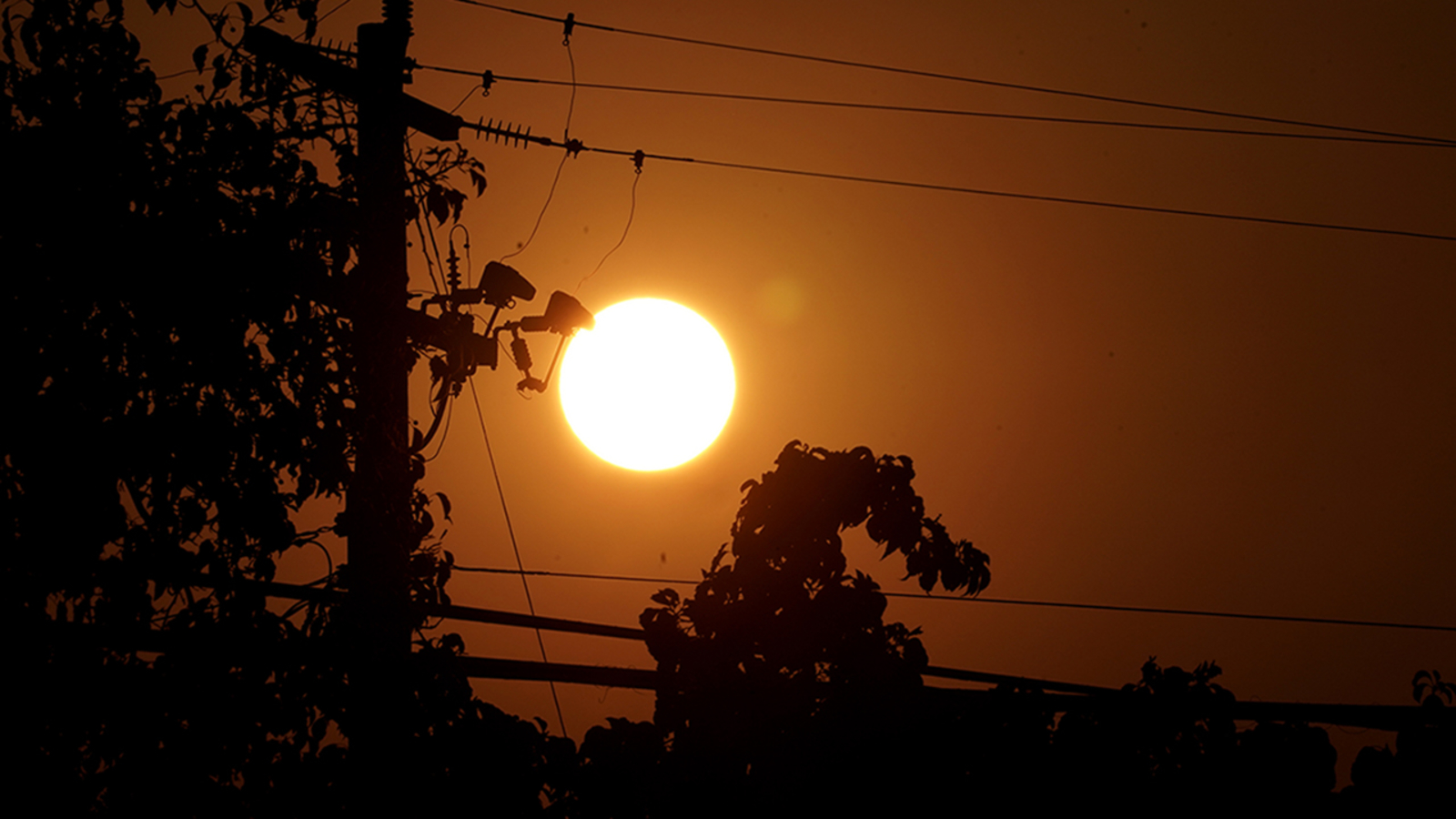 Mendez said drought, heat waves, hazardous air quality and wildfires impact the Latino community, as they are some of the hardest hit group of people impacted by these climate-induced disasters.

“Here in California we’re experiencing a major climate-change crisis. There’s disparate impacts to the populations that are the most marginalized and stigmatized, like Latino neighborhoods and undocumented migrants as well,” Mendez said.

During a heat wave at the start of September, Eyewitness News brought you the voices of street vendors, painters, landscapers and farmworkers making a living in triple-digit temperatures — all of them Latino immigrants.

Rodolfo Benjamin Gramajo was painting a building when he spoke to Eyewitness News. He told Eyewitness News in Spanish that he had to look for creative ways to avoid working all day in the sun, because at the end of the day it takes a toll.

During a webinar Tuesday hosted by the UCLA Latino Policy and Politics Institute, scientists, community leaders and policy makers discussed research available on these inequities.

According to the Centers for Disease Control and Prevention, heat-related deaths among farm workers are 20 times greater than among U.S. civilian workers.

In Los Angeles, Marta Segura, director of the Climate Emergency Mobilization Office, said they’re investing in infrastructure to protect those living in neighborhoods mostly made up of roadways and rooftops — which absorb and emit more heat than natural surfaces.

“This data can’t just sit on the book shelf,” he said. “It has to be done in partnership with community groups, worker groups that are on the front lines of these climate change impacts, like heat waves and wildfires.”

Mendez said the effects of extreme heat on marginalized communities were likely underreported because of language barriers and fear of retaliation.