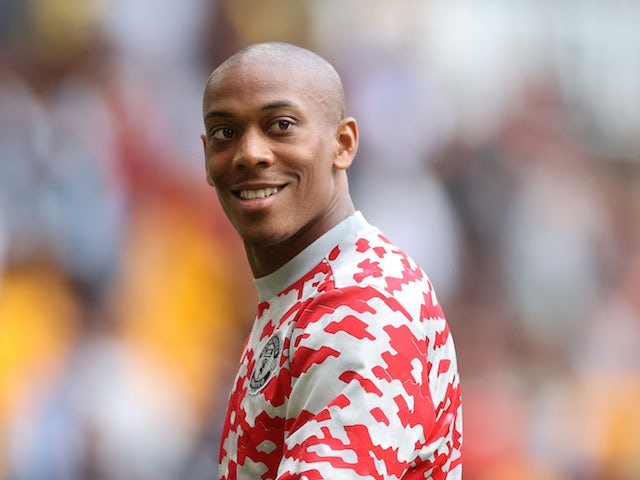 Everton weigh up a January move for Manchester United attacker Anthony Martial, according to a report.

The France international’s agent Philippe Lamboley has revealed that his client wants to leave Old Trafford in the winter transfer window, having become frustrated with his lack of action in Manchester.

Barcelona, Arsenal and Paris Saint-Germain are allegedly among a number of clubs interested in signing the 26-year-old at the start of 2022.

According to the Liverpool Echo, Everton are also preparing to enter the race, with head coach Rafael Benitez keen for attacking reinforcements to arrive in January.

The report claims that the Toffees could attempt to sign the Frenchman on loan, as the Merseyside club would struggle to sign him permanently in the middle of the season.

Martial, who is currently on the sidelines with a knee problem, has only scored once in 10 appearances for Man United during the 2021-22 campaign.