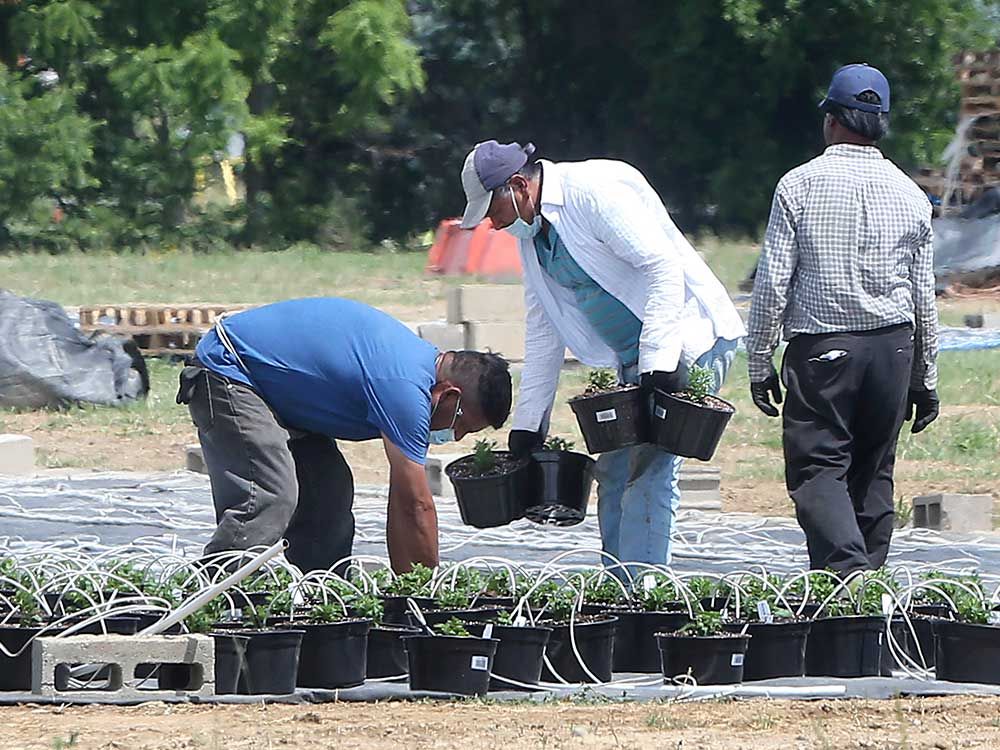 An investigation is underway into the death of a temporary foreign worker who had been quarantined for COVID-19 shortly after his arrival in Essex County.

“You hate to see something like this happen… We’re as anxious to hear more about it as anybody else,” said Joseph Sbrocchi, executive director and general manager of the Ontario Greenhouse Vegetable Growers association.

Sbrocchi said the adult male worker came to Canada from Jamaica earlier this month for work at a greenhouse and farming business in the Kingsville and Leamington area.

Upon his arrival, the individual took a rapid antigen test and had a positive result. “He was in an isolated area at the time,” Sbrocchi said. “Somehow, he was missed at the airport for his ‘day one’ test.”

A polymerase chain reaction (PCR) test confirmed that the man had COVID-19.

Sbrocchi said the employer immediately quarantined the man at a local hotel. “The farmer followed every single protocol set out by the health unit,” Sbrocchi emphasized.

The individual was due for release from quarantine on Tuesday. Sbrocchi said the man was checked upon twice daily during his hotel stay.

But on Monday, he was found deceased in his room.

“The employer is incredibly saddened and empathetic. Quite frankly, so is the entire sector,” Sbrocchi said.

The man’s cause of death has not been confirmed.

Sbrocchi said it’s his understanding the worker was in his 40s, in good condition, and had received two doses of COVID-19 vaccine.

The worker was apparently even seen walking on the hotel grounds — “mobile, at least,” Sbrocchi said — the evening before the day he was found dead.

The provincial Ministry of Labour confirmed that there is an ongoing investigation into the passing of a temporary foreign worker who died while in quarantine, before doing any work at a farm.

Santiago Escobar, national representative of the United Food and Commercial Workers union, said he was contacted about a migrant worker death in Essex County — but he had no details to share on the matter.

Sbrocchi said members of the Ontario Greenhouse Vegetable Growers will continue to follow the guidance of the Windsor-Essex County Health Unit.

The death and its investigation comes just days after the health unit rescinded its order to pause the entry of temporary foreign workers to the region.

Dr. Shanker Nesathurai, the region’s Acting Medical Officer of Health, had issued a letter of instruction on Jan. 12 calling for a three-week ban on new arrivals of TFWs, in response to a surge in COVID-19 outbreaks at farming employer locations in Essex County.

Greenhouse owners criticized the move, with lawyers representing them arguing that the health unit had overstepped its authority — and that an injunction would be sought, if necessary.

On Jan. 14, Nesathurai revoked the decision, stating that concerted efforts by regional health-care and support services had led to “increased capacity for isolation.”

At this time last week, approximately 275 temporary foreign workers out of an estimated 2,000 in Essex County were self-isolating after testing positive for COVID-19 or coming into close contact with a confirmed case.