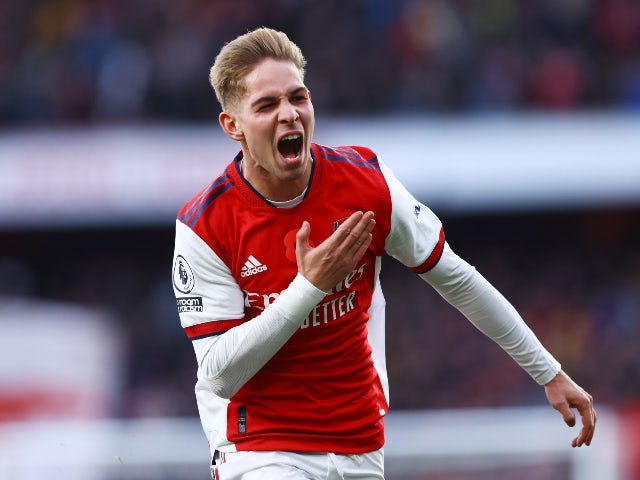 Emile Smith Rowe seeks to become the first Arsenal player to score in four consecutive Premier League away games since Olivier Giroud in 2015.

Arsenal‘s Emile Smith Rowe will be aiming to follow in Olivier Giroud‘s footsteps when the Gunners do battle with Wolverhampton Wanderers in the Premier League on Thursday night.

Smith Rowe has been largely restricted to substitute outings in recent weeks due to Gabriel Martinelli‘s form but has nevertheless netted against Manchester United, Leeds United and Norwich City away from home.

Should the England international make the net ripple at Molineux on Thursday, he will become the first Gunners player since Giroud to score in four Premier League matches on the road.

Giroud – now at AC Milan – registered against Leicester City, Watford, Swansea City and West Bromwich Albion away from home in the 2015-16 season before drawing a blank against Norwich at Carrow Road.

Arsenal have failed to score in any of their last four matches across all competitions, though, and failure to register at Molineux would see them equal a 32-year-old record of five games without a goal.