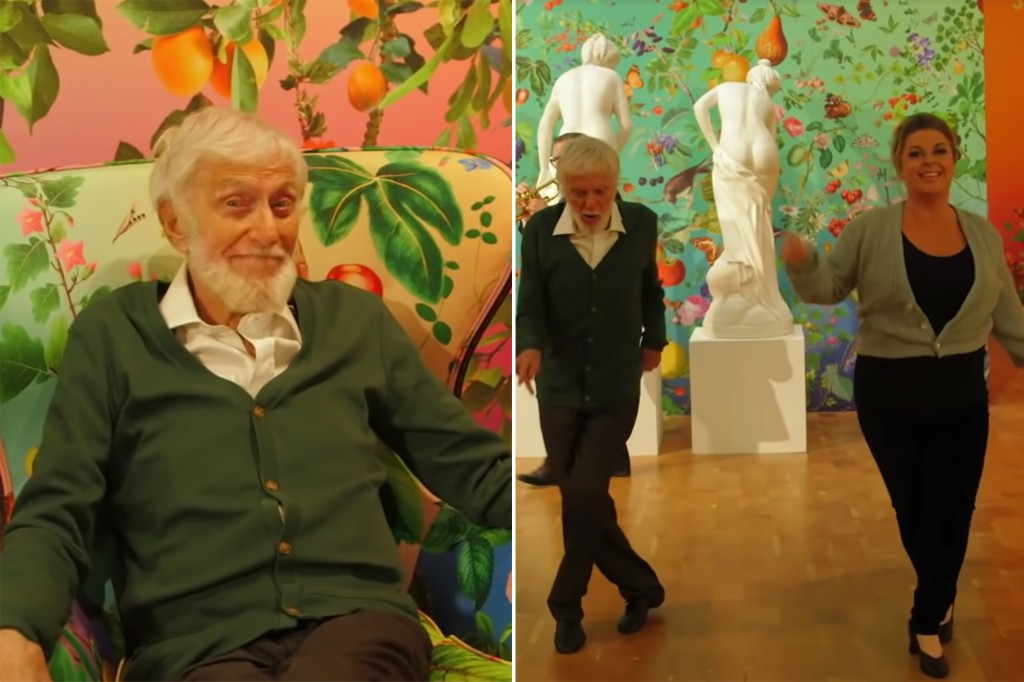 He hasn’t missed a beat.

Hollywood veteran Dick Van Dyke, 96, proved he’s still got the groove after impressively singing and dancing with his much younger wife Arlene Silver for a Valentine’s Day music video. The clip featured a cover of the 1958 Doris Day song “Everybody Loves a Lover” performed by Arlene & the Vantastix, his paramour’s band.

The three-minute duet, which boasts over 100,000 views on YouTube since it was posted Monday, starts off low-key with Silver, 50, crooning the catchy love ballad while checking herself out in the mirror. Things heat up when the singer and producer walks over to her husband of ten years, who’s sitting in a floral-themed chair buffing his nails.

After belting out a few verses, the white-haired “Mary Poppins” star struts up to his wife, whereupon the duo start performing the two-step and other scintillating synchronized steps.

Throughout the showcase, the lovebirds kiss and embrace while, at one point, Van Dyke cheekily covers up a nude statue’s privates with a piece of cloth.

Viewers were impressed that the “Dick Van Dyke Show” host could still cut a rug at nearly 100-years-old.

“Absolutely fantastic…may Dick Van Dyke live forever! Happy Valentine’s Day,” said one awestruck commenter, while another wrote, “Much love to both of you adorable creatures!”

One fan gushed, “Time stands still when Dick Van Dyke turns it on. And Arlene has a gorgeous voice. Absolutely beautiful. I once met Van Dyke in San Diego, when I was just starting out as an actor, and he was a joy to behold.”

The timely clip was released ahead of Van Dyke and Silver’s ten-year wedding anniversary on February 29. This marks the four-time Emmy Winner’s second marriage; He split from his first wife and mother of his four children, Margie Willett, in 1984 after 36 years of marriage.

Van Dyke, who received a lifetime artistic achievement award at the Kennedy Center last year, was also in a relationship with actress Michelle Triola for over 30 years until she died in 2009.